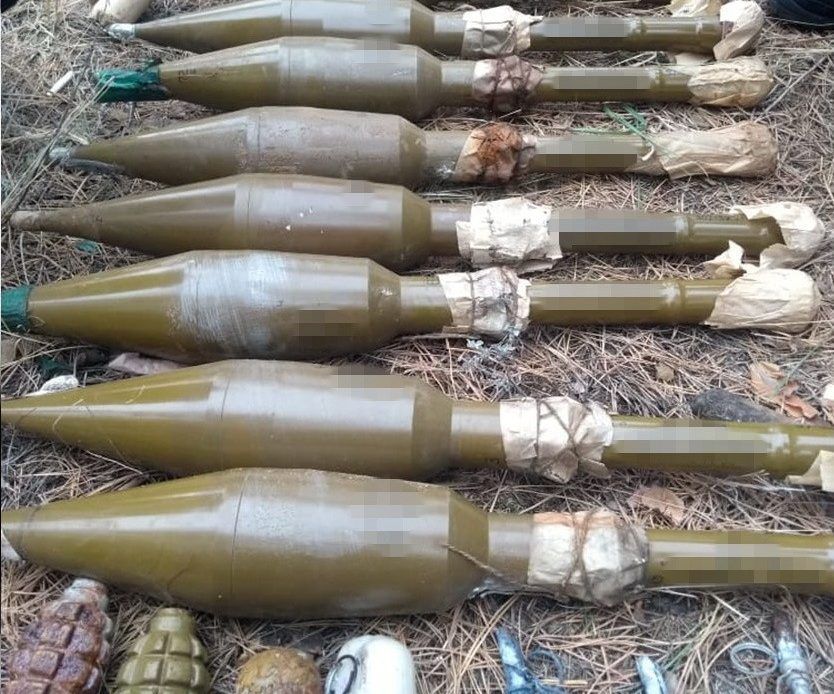 In 2020, the military counterintelligence of the Security Service of Ukraine (SBU) exposed three spies, 15 enemy agents, 40 members of illegal armed groups and prevented a series of terrorist attacks in the Joint Forces operation area.

According to the SBU, 47 court verdicts were handed down, including four people convicted of high treason.

In June this year, during a special operation, military counterintelligence detained a terrorist who attempted to blow up a military medical hospital in Severodonetsk and the Rubizhne railway station.

The detainee was informed about the suspicion under Part 1 of Art. 258 (terrorist act) of the Criminal code of Ukraine and the pre-trial restriction in the form of detention. Investigative actions are in progress now to establish all the circumstances of the offence.

So, in particular, from the stock arranged in the abandoned building of a Mariupol enterprise, militiamen withdrew almost 100 grenades RGN, F-1 with fuses and a large number of shells and rounds of various calibre.

Nine court verdicts have already come into force based on the revealed facts regarding the illegal distribution of weapons.

During the year, the SBU‘s military counterintelligence uncovered 73 attempts by foreigners to obtain information with limited access in the defence sphere.

269 officials were prosecuted for the legislation on the violation of the protection of state secrets.