Ukraine to Seek Truth, Justice and Accountability for Downing of Flight MH17 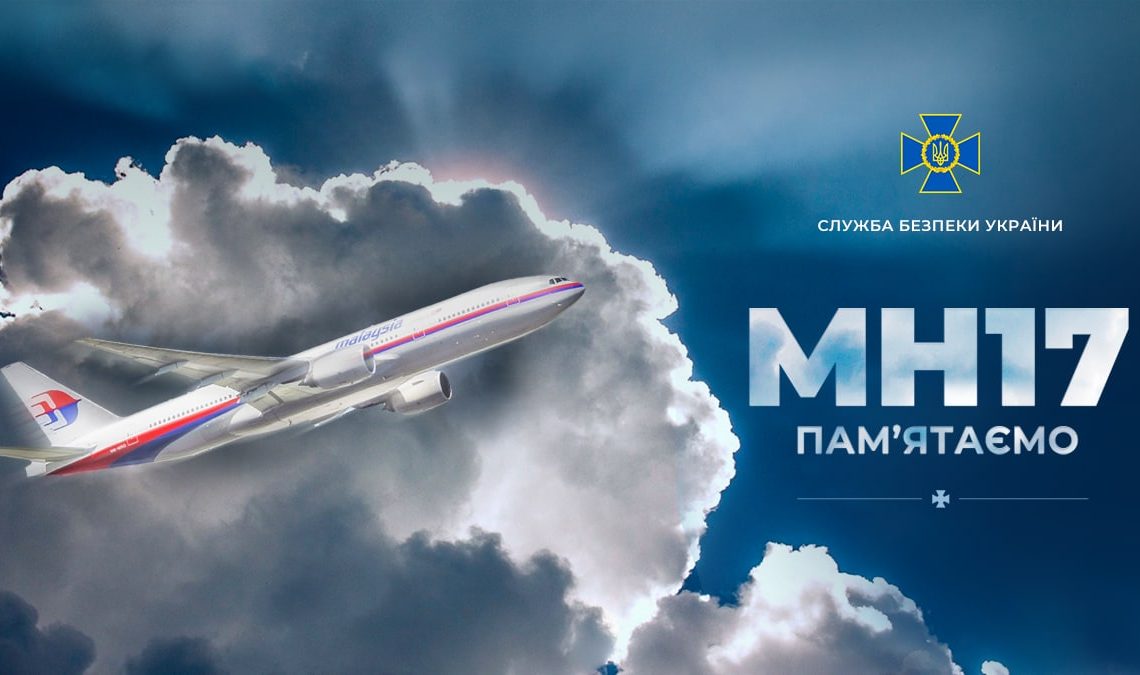 On 17 July 2014, Malaysia Airlines Flight MH17, en route from Amsterdam to Kuala Lumpur, was shot down over the Russian-occupied Donbas. On the eighth anniversary of the tragedy, the Ukrainian authorities have emphasised that they remain steadfast in their commitment to seek truth, justice, and accountability for this crime.

“On 17 July 2014, the Russian Federation showed the whole world its true face as a terrorist state. The 298 passengers on flight MH17 were not only innocent victims of Russian weapons but also of cynical lies. And for eight years, the tactics of the Russian Federation have not changed – it continues to kill civilians and lie,” the Security Service of Ukraine (SBU) reported.

They also noted that all attempts by Russia to remove responsibility for this terrible crime cannot withstand the facts and evidence collected by the international investigative team. In particular, it is about establishing the time and routes by which a Buk missile system was delivered from the territory of the Russian Federation to Ukraine and sent back after the downing of the airliner; identification of persons involved in the crime, and conducting examinations.

The SBU believes that only the joint struggle of Ukraine and the entire civilised world “will make it possible to put an end to the bloody history of ruscism, and will force Russian murderers to answer for their crimes.

At the same time, the Ministry of Foreign Affairs of Ukraine noted in a statement that the Ukrainian side has full confidence in the independent, open and impartial criminal proceedings against the alleged perpetrators in the Dutch National Prosecution and the state responsibility proceedings in the International Civil Aviation Organisation.

“We urge all states and parties involved to cooperate fully with the proceedings in accordance with UNSC Resolution 2166 (2014). A thorough and exhaustive judicial process must be pursued to hold the perpetrators to account and pursue justice for the victims and next of kin of MH17,” the Ministry stressed.

Ukrainian diplomats also expressed their deepest condolences to the families and loved ones of the victims of the downing of Flight MH17.

“Russia’s ongoing invasion of Ukraine is no doubt a difficult and painful reminder to families and loved ones of the tragic circumstances surrounding the downing of Flight MH17. While nothing can bring back those who lost their lives or diminish the grief and anguish suffered by their families and loved ones, it is imperative that we pursue accountability and ensure that such a tragic incident is never repeated,” the Ministry added.

Meanwhile, a campaign called #terroRussia and #russiaIsATerrorisState was launched in the world, the goal of which is to recognise the Russian Federation as a terrorist state.

According to the press service of the Main Intelligence Directorate of the Ministry of Defence of Ukraine, 50 rallies are already planned in 47 cities around the world. A list with the schedule and locations of rallies can be found here.