Ukraine’s Defenders to be Honoured in Ukraine 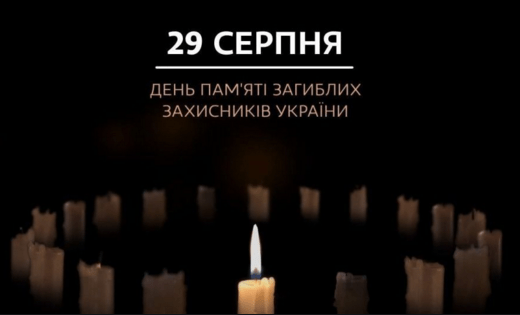 29 August is Memory Day for Ukraine’s Defenders who died in the struggle for independence, sovereignty, and territorial integrity of Ukraine. This date was designated to commemorate the day of memory and heroism of the fallen defenders, as it is timed to the military events in eastern Ukraine when the Ukrainian army suffered the most severe losses during the Ilovaysk operation.

On this day, many memorable and national, patriotic events are planned throughout Ukraine. Ukraine’s State Flag will be lowered, entertainment and concert events and broadcasts on television and radio will be restricted, etc.

In particular, an online marathon “Memory Age” will take place on 29 August in Ukraine. The online broadcast gathers the country’s patriots to pay great tribute to the families of Ukraine’s defenders and to render homage to the heroes – the best Ukrainian males and females who have become a true Ukrainian legend.

The event will gather a big audience and participants. During the day, the families of victims, Russian-Ukrainian war veterans, volunteers, medical workers, public figures, Ukrainian artists, and patriots of Ukraine will recollect the hard times for Ukraine and the heroic struggle by Ukrainian defenders.