Ukraine’s Features Famous All Over the World

Did you know that the first song in space was performed in Ukrainian? It sounded both in outer space and on Earth – astronauts Pavel Popovich and Sergei Korolev sang it. Thanks to Ukrainian developers, the world saw the plane with the strongest payload – An-225 “Mriya.” While in Western Ukraine there are so many castles that this area is called the “Ukrainian Loire Valley.” And a Ukrainian embroidered shirt has conquered the world’s catwalks for a long time and has become an integral part of celebrity wardrobes. Ukrainian ladies are considered among the most beautiful women in the world. This list can go on for a long time. After all, in Ukraine, there are many outstanding personalities, important inventions, historical places, and ancient artefacts, by which the country is known all over the world. Promote Ukraine asked the experts what Ukrainians are proud of. 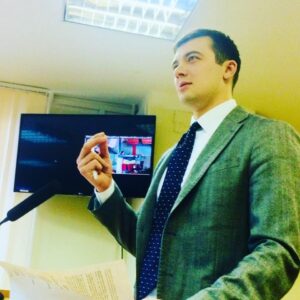 When we ask ourselves what Ukraine is known for all over the world, in my opinion, the first thing it will be associated with is our highly professional athletes. Thanks to Ukrainian Olympians, football players, hockey players, boxers, and other world-class sports stars, we have won the title of the country that prepares the world’s best athletes.

I would give an honourable place on the pedestal of Ukrainian popularity to our art work, i.e. poets, writers, composers, and artists. And not without reason, the vast majority of educational institutions study the works of T. Shevchenko, I. Franko, O. Teliga, and G. Skovoroda. Tellingly, people in different countries of the world like to read the contributions by L. Kostenko, V. Shklyar, M. Matios, E. Kononenko, A. Kurkov, O. Zabuzhko, S. Zhadan. Moreover, the most popular arrangement of the song “Shchedryk,” authored by M. Leontovych and which has another name “Carol of the Bells,” became a world Christmas hit.

We should not forget about Boris Paton’s invaluable inventions and innovations, as well as other design achievements. For example, thanks to Ukrainian developers, the world saw the aircraft with the strongest payload – An-225 “Mriya.”

Besides, it is worth mentioning the world’s first Constitution by Philip Orlyk of 5 April 1710; the world’s largest monasteries, called Lavra; and the first kerosene lamp, which was invented in Ukraine in 1853; and the first frame hive, which has been used since 1814.  The events in Ukraine’s history that influenced world history can be added to this list.

What distinguishes us from other nations? Each country has its code. The Ukrainian code includes ornaments on towels, shirts and other household items. Talking about it, we should understand that the Ukrainian ornament and embroidery art date back to the Neolithic era, in the distant pre-Christian world. Each embroidery, each product, showed with its patterns how our ancestors saw the world in which they lived with their sacred imagination. Today, as descendants, we can unroll that towel or embroidered shirt and read it like a book. After all, there are symbols in the ornaments that still carry the powerful energy of those times and are the special talismans for Ukrainians, an essential part of the cultural heritage.

Of course, the key identifier of each nation is its language. Language is a powerful social connector. For a Japanese – Japanese, for a German – German, for a Ukrainian – Ukrainian. If a country has lost territory, it has lost the lion’s share of material things, but if a country has preserved its language, it can regain everything else. Proof of this is Ukraine’s formation process. 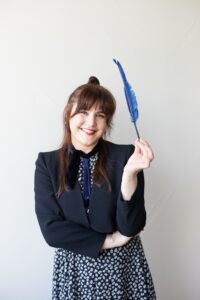 Ukraine is a big country in the centre of Europe with a rich history and long cultural tradition. Take, for example, the Scythian pectoral, a unique Scythian ornament made of pure gold, which is in the Museum of Historical Treasures in Kyiv. It is considered the most significant finding of the 20th century. One should come to Ukraine only to see this ancient artefact!

Or let’s take the unusual methods of healing, which are practised only in our country – it’s beer treatment. Drinking unfiltered beer under the supervision of a doctor will strengthen the immune system, and beer baths will improve the condition of the skin. Have you ever slept in a hive house? Soothing vibrations of this procedure will relieve anxiety in stressed residents of the metropolis.

Those who are interested in music should know about the ethnic-group “DakhaBrakha,” which currently performs folk motifs. They tour around the world, and their appearances are like genuine shows. You do not confuse these artists with anyone else. Maybe that’s why tickets for their concerts in Paris are sold out a month before.

There are so many castles in Western Ukraine that this area can easily be called the “Ukrainian Loire Valley,” and if you visit Lviv, you will remember the local gastronomic flavour for a long time. Local restaurateurs have used authentic recipes and storytelling, thanks to which you will advise visiting establishments such as “Kryivka,” “Kerosene Lamp” and others to everybody for a long time.

And recently Kyiv began to be called the new Berlin because of the coolest rave parties in the world. The most famous DJs on the planet perform here.

During the last few years in Ukraine, the most influential brands in the world, Apple and Netflix, produced advertisements and series. And in Kyiv, the Paton Bridge was even blocked to shoot a video of American singer Miley Cyrus. Great locations, professional contractors and reasonable prices attract the international creative community.

Ukraine is also widely known in the field of successful start-ups. That is where Preply came up – a service for tutors search that is used all over the world as well as the application that most accurately shows the probability of rain – Rain Viewer, developed by Ukrainian Oleksiy Shchaslyvy.

Ukrainians have a lot to be proud of. It’s nice that there are more and more reasons for this! 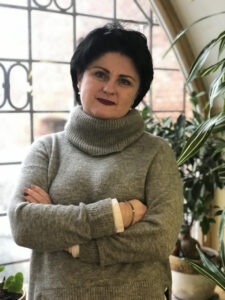 Olena Olishevska, Chairman of the Board of CG Centre ECM

Ukraine has its own seven wonders of the world. After all, inside our borders, we have seven World Heritage sites. They are the St. Sophia Cathedral of the XI century in Kyiv, the ancient city of Chersonese and the original beech forests of the Carpathians. Besides, the ensemble of the historic centre of Lviv, wooden churches of the Carpathian region of Ukraine and Poland, and the Bukovinian and Dalmatian metropolitan residence. And an unusual cross-border object of scientific and cultural heritage – “Struve Arc.” It unites 10 countries: Belarus, Estonia, Latvia, Lithuania, Moldova, Norway, Russia, Finland, Sweden, and Ukraine.

Ukrainians presented the world with the most talented artists. Among them is Maria Prymachenko, a brilliant Ukrainian folk artist without proper education. Pablo Picasso admired her paintings. And the works were exhibited with constant success at exhibitions in Paris, Warsaw, Sofia, Montreal, and Prague. By the way, 2009, according to UNESCO, was recognized as the year of Maria Primachenko.

The first song in space was Ukrainian. It happened 57 years ago when the first Ukrainian cosmonaut Pavlo Popovych performed in orbit.

The first cosmonaut of independent Ukraine is Leonid Kadenyuk. But historically, the first Ukrainian in space was Popovych, who flew on 12 August 1962. He went to the stars together with Chuvash Andrian Nikolaev. Popovych piloted the Soviet spacecraft Vostok-4, and Nikolaev piloted Vostok-3. There were radio and video communication between their crews.

Already in space, at the request of the designer, Ukrainian Sergey Korolyov, who watched the astronauts from the Flight Control Centre, Popovych sang the Ukrainian song “I am looking at the sky, and I am thinking …”. The astronaut dedicated his speech to Korolyov.

The Ukrainian melody sounded both in outer space and on Earth. Korolyov was singing together with Popovich on the radio at the same time.