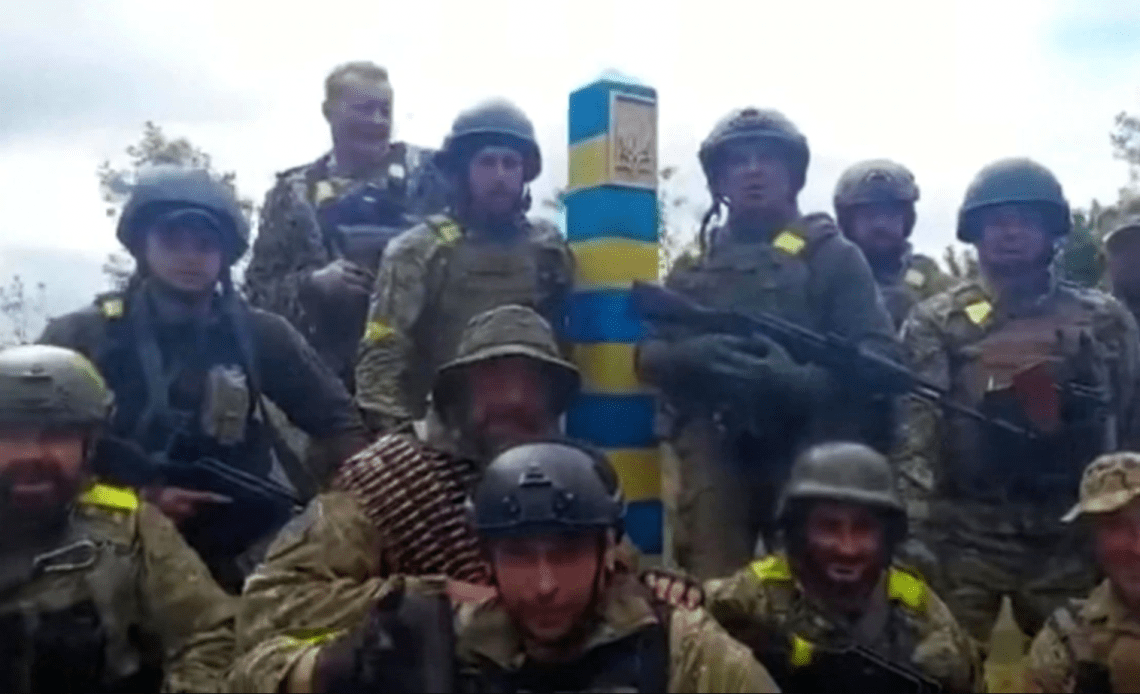 Fighters of Ukraine’s Defence Forces pushed back the Russian military in the north of the Kharkiv region and reached one of the sections of the state border with the Russian Federation.

“The 227th Battalion of the 127th Brigade of the Kharkiv Territorial Defence Forces of the Armed Forces of Ukraine pushed back the Russians and reached the state border,” the Ministry of Defence of Ukraine reports.

In a published video, the territorial defence fighters reported to the president on reaching the border.

Meanwhile, the Russian troops are amassing forces and hardware in the Luhansk region, which neighbours the Kharkiv region, as there are not enough resources for all directions. To stop the offensive, the Ukrainian military blew up several bridges.

“The Ukrainian defenders blew up the railway bridges between the towns of Rubizhne and Sievierodonetsk, earlier captured by the Russians, to prevent the Russian occupation forces from attacking Lysychansk and Sievierodonetsk… The occupiers are suffering significant manpower and hardware losses. Ruscist units are only 20% staffed. The Russians cannot cope in the Popasna direction on their own so they are uniting with representatives of private military companies,” said Serhiy Haidai, head of the Luhansk military-civilian administration.

According to him, the fighting in the region is continuing almost around the clock. Many houses, infrastructure facilities, and educational institutions were damaged and hospitals were destroyed in the region due to Russian attacks.

Currently, about 10% of the Luhansk region remains under Ukraine’s control.