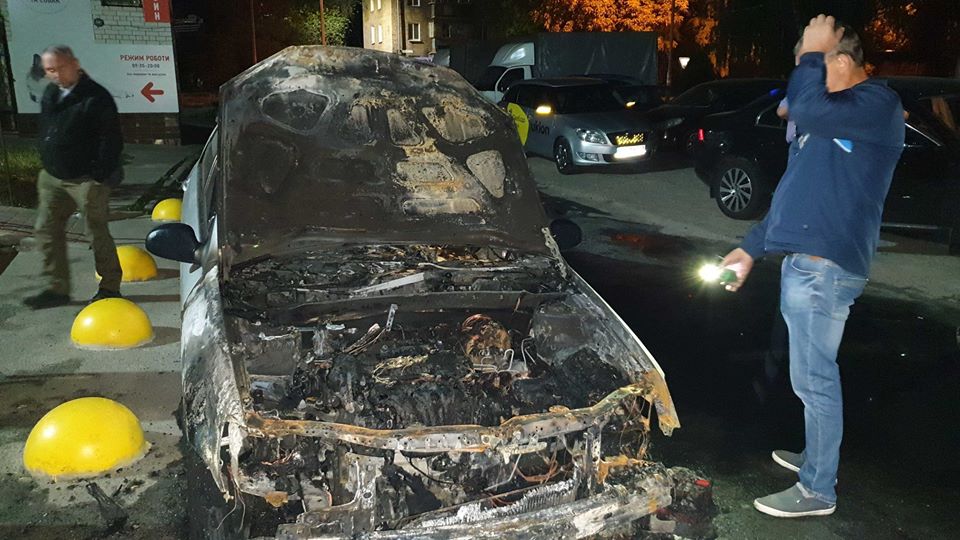 Unknown people burned the car in which the journalists of the program “Schemes-corruption in details – REFERL” were traveling. The event was reported  by Mykhailo Tkach, a journalist of the program.

“The bad news continues. The car, on which we have been shooting the materials you have all seen for four years, was burned. The last material we worked on with an important member of the film crew – driver Borys Mazur on a Kia Cerato – is “Kings of the Road.” It has already been watched by almost 700,000 viewers on YouTube. During the filming and in the material itself, I emphasised many times that our car and we were monitored by security guards of the President of the UDO. The car spent the night near the house where the driver lives. Eavesdropping, arson of a car, what’s next?” MykhailoTkach wrote.

“This car is very well known to a wide range of people involved in our materials. This car was essentially our working tool, with which we filmed a large number of journalistic investigations. So, one thing is obvious to me: arson is connected with our professional journalistic activity, which someone doesn’t like very much,” said Nataliia Sidletska, the editor-in-chief of “Schemes.”

Witnesses said that they heard a “clap” before the car started burning. The car was first extinguished by neighbours, then by firefighters. The front of the car burned out very quickly.

The investigative task force, which was at the scene inspecting the car, noticed material on the front left wheel, similar to the remains of an incendiary mixture.

The National Police has already opened proceedings in connection with the arson of the car of “Schemes” with the qualification “deliberate destruction or damage to property.” The police also added that “police efforts are aimed at installing video surveillance cameras and the causes of the car’s fire” – and noted that during the first-priority investigative actions, samples were taken for an expert study to determine the causes of the fire.

The sanction of the article provides the imprisonment for a term of three to ten years.