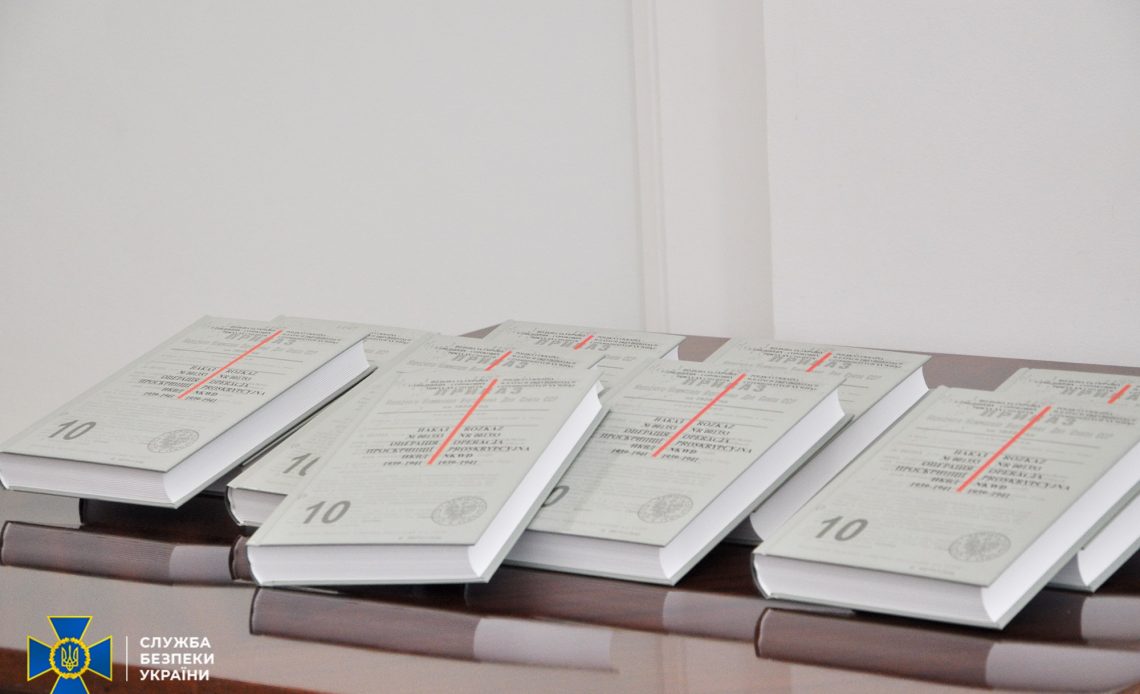 A new book tells about the first months of World War II and how the Soviet authorities swept away so-called “enemy elements” from western Ukraine. The data contained therein was previously classified and became available due to the opening of the Archive of the Security Service of Ukraine.

The book was presented in Warsaw on the occasion of the 25th anniversary of cooperation between scientists of both countries in the preparation of a joint documentary series “Poland and Ukraine in 1930-40s. Unknown documents from archives of special services.”

“This is already the 10th volume of the series. It is entitled ‘Order No. 001353. NKVD proscription operation of 1939-1941.’ The edition has already attracted a lot of attention from the world community,” said Andriy Kohut, Director of the Branch State Archive of the Security Service of Ukraine.

According to an employee of the Ukrainian secret service, previously unknown documents are published in the book for the first time. In particular, the reprisals against state figures, service members, and employees of special and law enforcement agencies of the Second Polish Republic committed by the NKVD [People’s Commissariat for Internal Affairs of the Soviet Union] in the western regions of Ukraine occupied by the Soviet authorities in the autumn of 1939.

“Our joint project is unique not only for Poland and Ukraine but for the whole of Europe. Despite the fact that we focused on complex issues of the 20th century, we managed to publish 10 volumes of archival documents. The fact that these are archival documents of the former communist secret services makes the project even more important,” Kohut added.

Over 25 years of cooperation, 10 volumes of the series were published:

In addition, an English-language version of the 7th volume, “Holodomor. The Great Famine in Ukraine, 1932-1933,” was published in 2009. The English-language collection of the most interesting documents from previous volumes was published in 2010. The album about the activities of the working group “Poland and Ukraine in 1930-40s. Twenty years of joint Polish-Ukrainian project” came out in 2018.