The threat of a sharp reduction in the amount of freshwater in the world grows every year. The main reasons are pollution, water bodies drying out, population growth on the planet, urbanisation increase and industrial production. Therefore, according to UN estimates, today one-fifth of the world’s population, or 2.6 billion people, do not have access to clean drinking water.

In Ukraine, there are 63,000 rivers, 40,000 lakes, 1100 reservoirs, and 400 thousand pills, 1 million in total. The freshwater area reaches 300,000 hectares. At the same time, on the map of Europe, Ukraine is considered a low-water country, because its water resources due to pollution are not suitable for drinking water. In particular, studies commissioned by the World Bank ranked Ukraine 125th out of 180 countries in terms of drinking water per capita.

Today, many rivers in Ukraine are blocked by dams. As a result, they have lost their flow and are unable to “wash away” everything that appears in them. The water in the reservoirs resembles a “cocktail” from the entire Mendeleev table. After all, in 2019, more than 2 billion cubic meters of industrial and domestic wastewater were discharged into our reservoirs, of which 1/3 was raw water.

Another global problem is that sewage treatment plants (built after the Great Patriotic War or in Soviet times) in Ukrainian cities cannot cope with the current load. Therefore, the water that enters the homes of Ukrainians from rusty pipes from way back is oversaturated with chlorine and harmful substances. Systemic investments in the communications renovation in residential buildings at the state level are not implemented. Communications continue to crumble from year to year. Promote Ukraine collected the experts’ opinions. 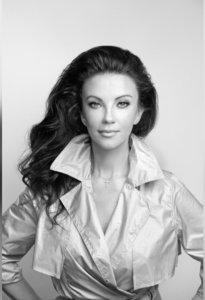 Today, 80% of water supply in the country is provided by surface waters, in some regions even 100% (the Dnieper River satisfies 70% of the economic needs of the population). Under the state investments absence in the water supply systems development, there was technical aging of applied technologies, equipment, materials, reagents and so on. The practice of standard water treatment facilities construction, without taking into account the quality of water in the area of ​​particular water intake, has led to the inability to ensure the required level of water treatment to established standards.

Unfortunately, the existing technologies of the operation of water supply facilities in Ukraine are not designed to achieve water quality according to the European requirements and DSanPiN. Water transportation systems (central water mains, district and street distribution networks) are technically very outdated and have a high accident rate. This became the reason for significant drinking water losses. Its average amount reaches up to 15%, in particular, in the housing and communal sector up to 60% during its transportation.

The action program analysis of the Cabinet of Ministers of Prime Minister D. Shmygal shows that the problem of drinking water and water supply was developed without an approach to its solution. Goal 8.4. “Housing policy and improvement” states the following objective: “Ensuring the quality of drinking water according to regulatory requirements.” But in our country, there are still two quality standards for faucet water, which comes from centralised and decentralised (water in wells) water supply. At the same time, there are settlements, mainly rural, where water supply is maintained on delivered drinking water. That takes place at least nine regions of the country, 268,000 people in 824 settlements.

Besides, the financing of the industry in 2019 amounted to UAH 1960.2 million, of which only UAH 7.7 million was allocated for the maintenance and servicing of 127,000 infrastructure facilities.

The Ukrainian state must undertake commitments to modernise and reform water infrastructure; create conditions for the construction of water intake, water supply and sewerage facilities and the financing of reconstruction projects. In particular, this would include the latest technologies and equipment use, long-term loans for the modernisation of water intake and treatment systems of enterprises.

It is necessary to develop an efficient strategy to provide the population with quality drinking water as soon as possible, which will improve the quality of water in rivers and taps in 5-10 years. After all, European countries continue to implement integrated water resources to nature in a satisfactory condition, without danger to the ecological state of water resources: from water purification, supply to the tap and the sewer. 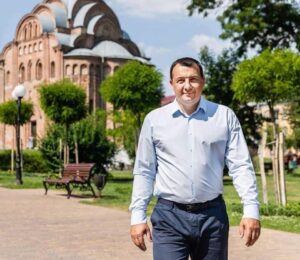 Valeriy Kulich, the owner of the agrarian group of companies “Inter LTD”

The problem with water and its quality, first of all, concerns big cities, because Ukraine suffered greatly during the Great Patriotic War. For example, Chernihiv was among the five most destroyed cities in our country. Accordingly, Ukraine was restored and rebuilt in the ’50s and ’60s. All the communications constructed then were to serve 30 years, though today they have been working for 40-50 years already. The above is related to all cities in Ukraine. However, no fundamental and capital investments were made in the restoration of communications. After all, about 30 billion hryvnias are needed to replace them just in Chernihiv with a population of 290,000 people.

Today, unfortunately, no one raises the issue of restoring communications in the country’s cities at the state level. And we often see, for example, during the heating season, communications are torn. This issue requires systemic investment. Therefore, the quality of water and its quantity is one issue. But if sewage systems breaks take place and sewage waters fall into groundwater and rivers, there will be a disaster.

It would seem that more than half of the Earth’s surface is by the oceans, and there is enough water on the planet. However, only 2.5% of its total amount is freshwater. Out of this 2.5%, only 0.3% is in rivers and lakes, another 30% in groundwater, and the other 70% in glaciers.

The world’s freshwater reserves do not increase, but its consumption grows permanently. Its consumption is a thousand times more than the consumption of all types of industrial raw materials combined.

The issue of water shortage in Ukraine is so crucial today so that the National Security and Defence Council of Ukraine considered it. During the report, the State Agency of Water Resources of Ukraine warned of water shortages threat in the basins of some rivers. After all, in 2020, for the first time within 140 years, we did not have a spring flood, and this is an alarming signal. Already water levels in many rivers dropped today. That creates risks for urban water intakes. Some regions face an especially alarming problem, such as in the Zhytomyr region, where there is virtually no water in the Teteriv River. To secure the city, drain water from the upper reservoirs was downed. The situation with the water supply in Khmelnitsky and Polonne is also crucial.

Until we reach a critical indicator, it is necessary to limit water usage. The State Agency calls on all users to emphasise with and economise water to prevent its overconsumption. This year should be a year of water-saving, a year of responsible attitude to this vital resource. It is time to think and understand the value of water for our country.