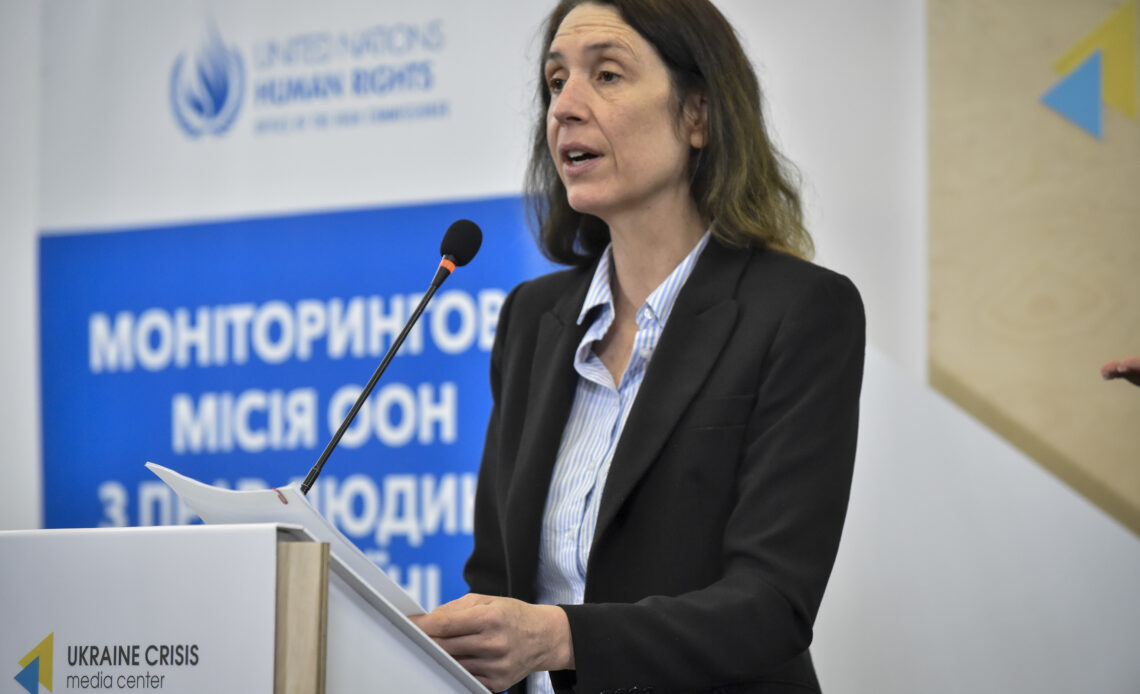 The United Nations has presented a new report which highlights the COVID-19 pandemic impact and its response to human rights in Ukraine. The report presents the results of six-month monitoring in the period from 16 February to 31 July 2020.

“During this period, our mission recorded 107 civilian casualties as a result of hostilities in Donbas. 18 people were killed (among them 10 men, seven women and one boy), 89 wounded (49 men, 30 women, six girls and four boys). That is 10% less than during the same period of the previous year,” Matilda Bogner, the UN Human Rights Monitoring Mission head in Ukraine, said during the press briefing at the Ukrainian Crisis Media Centre.

Since 1 August, no cases of civilian deaths or injuries or damage to civilian infrastructure as a result of active hostilities have been reported. “We call for the conflict parties to adhere to the indefinite ceasefire and to comply with the international humanitarian law,” she added.

According to Bogner, some areas have begun to require identification of removed pensioners, despite the pandemic continuation and the relevant documents’ validity.

Detentions, torture and ill-treatment took place, too. That remains a problem in the territory controlled both by the Government and by the self-proclaimed “republics.” In addition, there is no unimpeded access to the places of detention in the part of Donbas controlled by pro-Russian militants.

“We recommend ensuring effective documentation and investigation according to the Istanbul Protocol, as well as the criminal prosecution of alleged offenders,” Bogner said.

The number of attacks on peaceful assemblies, political activists and offices of political parties before the oncoming local elections in October 2020 has increased.

“There is a lack of freedom of peaceful assembly in the territories controlled by the pro-Russian militants. The miners’ protests against the wages’ delay, according to the reports, led to a series of arrests of their participants,” the UN representative added.

The Office of the High Commissioner for Human Rights calls for all stakeholders to respect the democratic space and fundamental freedoms in the country, in particular, regarding freedom of thought and expression, freedom of peaceful assembly and association.