Vicious Circle Must Be Broken 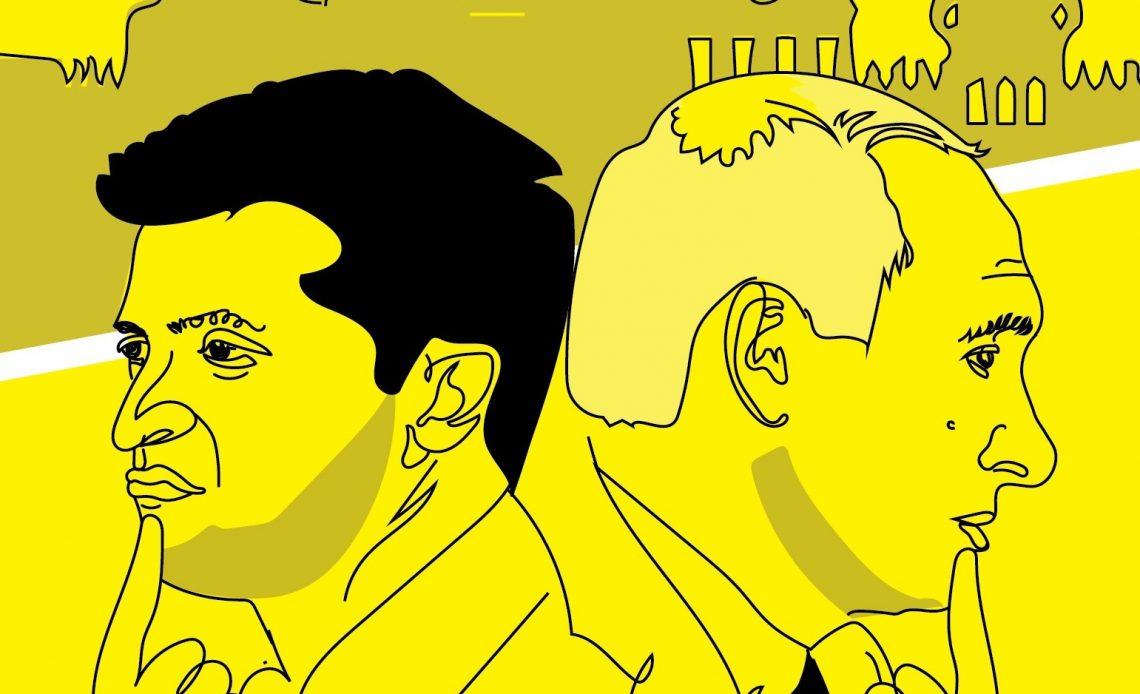 When Volodymyr Zelensky ran for the president of Ukraine, the commitment to resolve the conflict in Donbas and stop the war was one of his main campaign promises. A large part of Ukrainian society, not only Zelensky himself, deemed that the war in eastern Ukraine continued not only because of the Kremlin’s interest, but because Kyiv was interested in that also: to use the conflict for justifying political and economic failures and, needless to say, to thrive on the war.

Today, Zelensky himself and most of his recent supporters, who become increasingly disappointed in their choice, are no longer optimistic about a speedy resolution of the conflict. However, I will not be very surprised if another populist candidate appears before the next presidential election and says the same things addressed to Zelensky: his administration tries to cover up its own failures with the war and “thrives on the conflict.”

At the same time, I do not even think that the obvious things should be denied: politicians in power often use a protracted conflict inside a country to justify their own problems. Meanwhile, corruption may  be well-observed in the military sphere as in any other. However, the main problem is the apparent misunderstanding shared by a big part of the Ukrainian society — and Volodymyr Zelensky is a prominent proponent of this notion of reality — as to why the war in Donbas began and what Russian President Vladimir Putin‘s goal is.

The fundamental reason for this misunderstanding is that Ukraine and Russia have followed different paths of development over the past three decades, primarily in terms of the vision that the elite and society have about the prospects of their own statehood. In this sense, Ukrainians are united by a common understanding that the Ukrainian state has the right to exist. And what separates them is the understanding of how this state should develop. Some Ukrainian citizens — and their number increases over the years — are confident in the European vector of the country’s development. Some citizens — and their number becomes progressively smaller, especially after 2014 — believe that the future of the Ukrainian state lies in the union with Russia and other former Soviet Union countries. And finally, there are many people who have no objection to the European choice but consider that it is possible to reach an agreement with Moscow, believing that Putin really does not need this war.

Indeed, Vladimir Putin does not need a war. He needs Ukraine. He needs it precisely because in the years after the proclamation of independence by the Ukrainian SSR, the Russian elite followed by Russian citizens began to perceive Russia as a natural successor not to the Soviet but to the pre-revolutionary Russian Empire. Therefore, Ukrainian and Belarusian lands are seen as an integral part of Russia, while Ukrainians and Belarusians – as a part of the Russian people, the so-called “Russian world.” That’s why Putin’s plan is a very logical and clear plan for the revival of the old state. Its first stage is the annexation of Crimea as a territory that is regarded by Russian public opinion as a “Russian land” and inhabited by the Russian ethnic majority. The second stage is the establishment of control over eastern Ukraine, over the lands that, according to Vladimir Putin, “were presented to the Ukrainian SSR by the Bolsheviks.” The full list of these territories is cited in the speech of the Russian president at the ceremony dedicated to the accession of the Republic of Crimea and the city of Sevastopol to the Russian Federation. Finally, the third stage is the establishment of control over the rest of Ukrainian territory, possibly without the western regions that became part of the Ukrainian SSR after 1939. The second stage has fixed on the control over part of the Donetsk and Luhansk regions so far. However, the plan may be revisited in the case of new destabilisation in Ukraine or if the Russian president decides to launch another special operation of “pacification by force.”

Is there a way out of this invariable deadlock? Obviously, there is. Ukraine needs to defend its statehood until Russia realises that the Ukrainian matter is closed and Ukraine will never be a part of the Russian state again. Ukraine’s European and Euro-Atlantic integration is the natural guarantee of protecting Ukraine’s sovereignty, which is why Russia has always so fiercely opposed Ukraine’s accession to NATO and why it has tried to thwart Ukraine’s signing of the association agreement with the EU. Ukraine as a NATO and EU member will be a “severed piece” for Russia because the Kremlin will not engage in an open confrontation with NATO and an attempt to destroy the statehood of an EU member state even under Putin’s rule.

And here we come closer to finding an answer to the most difficult question: how can a country, the very survival of which depends on joining NATO, join the Alliance without settling the problem of territorial integrity? Moreover, Russia, which encroaches on Ukraine’s territorial integrity, will do everything possible to continue the conflict precisely to prevent Ukraine from joining NATO. And the same problem — but in the longer term — may also arise when Ukraine starts negotiations on accession to the EU. Although in this case, we can mention the experience of Cyprus, which joined the union without its northern part.

Indeed, we should admit that it is a vicious circle for now – even if Ukraine successfully fulfils all the requirements for Euro-Atlantic and European integration. However, if we want this integration of Ukraine and, most importantly, if we do not want a new great war to start in Eastern Europe, we will have to work together to break this circle.