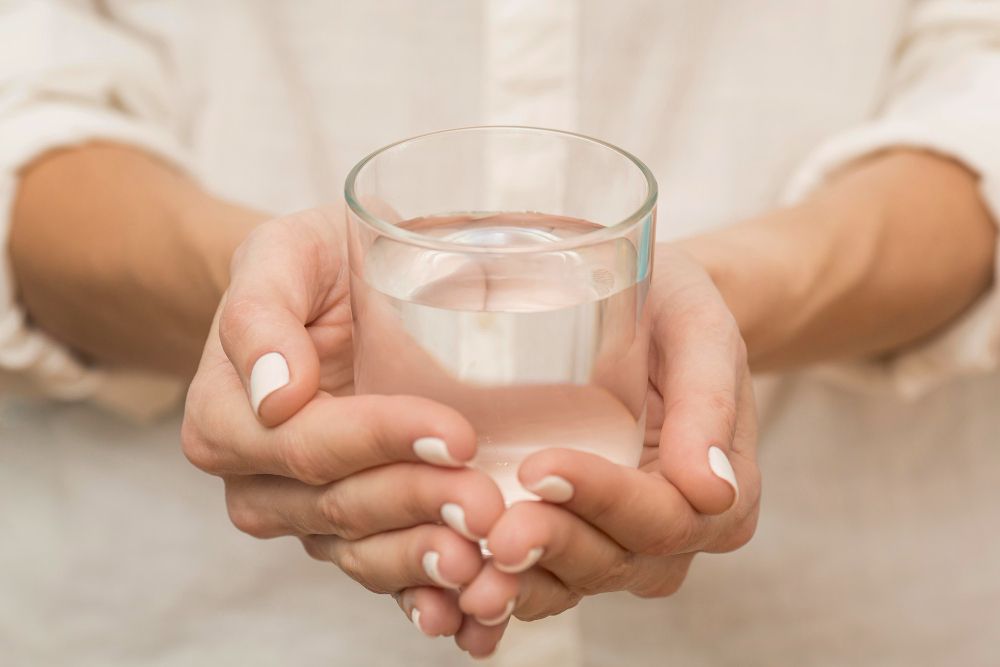 About 40,000 people live in the town of Toretsk, Donetsk region, and surrounding villages. From time to time, all of them are left without drinking water, sometimes for several hours, sometimes for several weeks, and even a month. The reason is frequent shelling and the worn-out state of networks, as well as the need to call repair crews from the occupied territories.

The latest emergency situation on the section of the Horlivka-Toretsk water supply system occurred during Christmas holidays. The town lived without drinking water for nine days. “I tried to melt snow to wash myself. This is a disaster! To wash a little, you need to bring 10 buckets of snow, so you’ll have two buckets of water. And it doesn’t snow always …” says Volodymyr Yelets, the head of the Ukrainian Helsinki Human Rights Union (UHHRU) liaison office in Toretsk. For seven years already, he is one of those who have been trying to get to know when the local authorities will manage to find the optimal solution to the problem.

The problem is not new, he notes. Many years ago, the former mayor of Toretsk, Volodymyr Sleptsov (who ruled the city for 18 years and is now suspected of involvement in a terrorist organisation and encroachment on Ukraine’s territorial integrity and inviolability, is hiding in Crimea), allowed a second water supply line, running from Chasiv Yar town, to be excavated and sold. “Since then, there is only one line left, through which water is supplied to Toretsk from the currently occupied town of Horlivka,” Yelets explains.

Toretsk, like dozens of other towns in the Donetsk region, receives water from the Water of Donbas public utility company. It is a huge structure with canals, water mains, and almost 20 reservoirs, and as many filtering stations. The water from the river in the government-controlled territory is supplied to the occupied Donetsk via the 132-kilometer Siversky Donets–Donbas canal and then returns to the Ukrainian territory, where it goes west to Karlivka and south to Mariupol. Currently, two-thirds of the company are located in the occupied territory, the rest in the government-controlled area.

That is, conditional dirty water goes via the canal through Toretsk to Horlivka, where it is filtered and supplied through pipes back to Toretsk. And, of course, it crosses the line of contact. So, when pipe breaks happen, caused either by shelling or the worn-out state of very old networks, they cannot be repaired quickly. “It is problematic to fix them because the pipeline lays in hard-to-reach areas due to the possible presence of explosive devices and the likelihood of enemy fire. Moreover, weather conditions made it difficult to identify pipe breaks,” the Joint Forces Operation Headquarters explains.

So, even current repairs turn into serious emergencies. In summer, they are dangerous due to the sharp rise in the incidence of intestinal disorders, because people do not have water to wash their hands, fruits, and vegetables. In winter, people begin to drain water from batteries for household needs, as a result of which the heating supply could be terminated in the city. Now, the situation is further complicated by the coronavirus epidemic.

Toretsk human rights activists claim that the level of drinking water supply remains low during emergencies. They say that although the town and regional authorities report they are delivering tonnes of water, this amount is not sufficient for everyone, and this water is technical not for drinking.

“There is another problem that they prefer not to talk about: all technical departments of the Water of Donbas company, engaged in water supply throughout the Donetsk region, in particular, engineers and technicians, are in the occupied territories. In the government-controlled territory, there is only the head office. That is, the entire Donetsk region is completely controlled by the occupying power. And who can control water quality? We are always concerned about a possibility that someone on the other side may intentionally contaminate the water, and people on our side will fail to notice it in time,” Yelets says.

After the January emergency, UHHRU human rights activists addressed several inquiries to local authorities asking them to explain when the situation with water supply would be resolved. “The first right we defend is the right to life. Therefore, the right to drinking water, which we are deprived of, is important. We ask why this happens,” Yelets insists.

Earlier, the answers to those inquiries indicated that a water supply system from Slovyansk via Kramatorsk would be built one day, on which it is necessary to spend UAH 5-6 billion, and there are no funds. An option of treatment of water from mines was  also mentioned.

“Now, the situation seems to get under way. Chairperson of the Donetsk Regional Military-Civil Administration Pavlo Kyrylenko said that a decision had been adopted to allocate funds for the preparation of project documentation for the construction of a filtration station. Earlier, we were told that it was dangerous to build such a station on the line of contact. We, the locals, have always been astonished at those statement because schools, kindergartens and new facilities are being built in the town. The documents are expected to be prepared by May, and the filtration station is to be built by the end of 2021. From then on, water for Toretsk will be filtered on the spot, not in Horlivka,” the human rights activist says, noting that, according to officials, about UAH 200 million needs to be found for the implementation of this project.