We Supported Protest at Mere Supermarket 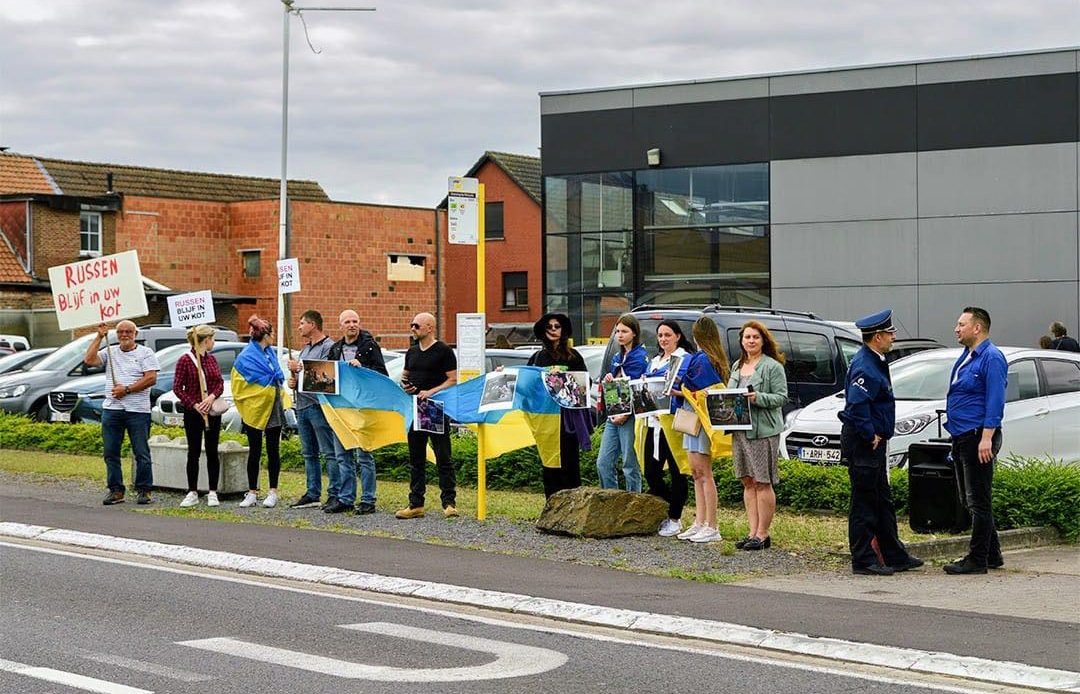 Yesterday evening, we supported the protest at Mere supermarket, which was organised by Belgians!

The Russian supermarket can not work in Belgium! We have the arguments!

1. The justification that the chain applied for a permit before the full-scale invasion is weak. Many contracts signed with Russian businesses prior to 24 February were terminated. Otherwise, the economic isolation of Russia would not be possible for decades.

2. The promise of the chain to employ Ukrainian refugees sounds offensive to Ukrainians. Our people will not agree to work for the aggressor’s business. It is somewhat equal to Russian families who now adopt illegally deported Ukrainian children who became orphans because their parents were killed by Russian soldiers.

3. Even though the shop claims it will not buy new products from Russia, except for one position, it has Russian ownership, which directly states that the revenues are sent to its Russian owner, Valentina Schneider, whose family owns Russia’s Svetofor supermarket chain, while taxes paid in Russia are financing the Russian war machine and invasion on Ukraine.

4. While ‘Mere’ shops are gradually exiting the British market due to the government’s strong position on the Russian war against Ukraine, Belgium is letting the business into the country, allowing it to build plans to expand up to 10 shops. This is unprecedented and must be stopped! It publicly spoils Belgium’s reputation as a country that stated it does not support Russia’s aggression against Ukraine and now is proving the opposite by aiming to finance this war.

Big thanks to Belgians for their proactive position! Big thanks to Ronny Cuyt!
We were glad to support the protest!
Oksana Bulda Olena Kuzhym
#StandWithUkraine #BoycottRussia #SupportUkraine