What does the increase in Russian troops on the Ukrainian border indicate? What will war look like if it happens? What is behind the Polish border crisis and how ready is the West to help Ukraine? Can the EU support Ukraine in the face of an escalating energy crisis? The “Brussels Ukraine Review” journal asked these very difficult questions MEPs, politicians of Ukraine and Belarus, as well as Western and Ukrainian experts. 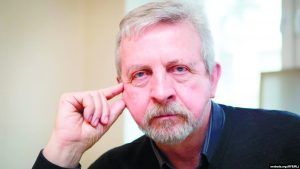 Aliaksandr Milinkevich, Chancellor of the Belarusian Free University, the Joint Candidate for the Presidency of Belarus from the United Opposition in 2006, Winner of the Sakharov Prize “For Freedom of Thought” of the European Parliament

Russia is doing everything to destabilise Ukraine and to impose itself as an inevitable hegemon in resolving issues of European and world politics. Another saber-rattling is a new attempt to apply pressure and to draw attention to their agenda. The energy and military spheres are the main instruments of Russia’s influence on the outside world. By raising the stakes, Russia is also seeking to block any positive agenda in the EU-Ukraine and NATO-Ukraine relations.

Ukraine is obviously ready for the full-scale invasion, morally and militarily. The most pessimistic scenario cannot be ruled out. The willingness of the collective West to die for Kharkiv is very conditional. That is why Russia can afford to raise the stakes in order to achieve concessions in the non-military sphere: the definitive putting into operation of the Nord Stream 2, etc. The West seems now unconsolidated and preoccupied with internal problems.

The EU talks a lot about its strategic autonomy. However, the EU’s policy towards Ukraine and Russia demonstrates its weakness and inconsistency. The restrictive measures against Russia for the annexation and occupation of Ukrainian territories were insufficient. Germany, as a key country in the EU, acts sometimes at the expense of the general policy. The EU is unable to provide security guarantees for Ukraine. The West remains poorly aware of the Kremlin’s way of thinking, which respects strength and considers compromise and diplomacy a weakness.

In terms of energy situation, I think that the Ukrainian leaders are well aware of the kind of support they can count on. It is unlikely that the EU as such is ready to deal with a full-scale energy crisis. 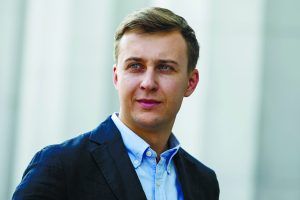 First of all, it must be understood that Russian troops have always been stationed in the east in greater or lesser numbers. And the reports on their build-up are either the result of intelligence information of our special services or partners, or sometimes deliberate provocations from the Russian Federation in order to strengthen its negotiating position. This often happens before international forums or decision-making. Now it concerns Nord Stream and, in my opinion, the negotiating position of the United States that calls on Germany not to certify Nord Stream 2 (as it is an aggressor’s weapon, not an economic tool), is one of the reasons for the amassed Russian troops at the Ukrainian border. We can never really know what Putin has in store. But we must remember that Russia can attack again, at any time, on a large scale.

Talking to our military, whom I visit several times a year in the east, I understand that they are ready: fighting spirit, morale, modernised weapons and equipment. However, the Russian army is one of the most powerful. So, let’s be realistic: Ukraine will not be able to stand on its own, or it will suffer great losses. Therefore, of course, we need to rely on the help of partners: some have already expressed support, including military, and some use only diplomatic tools.

It seems to me that the EU does not learn any lessons – it reacts situationally. At some point, there is interest: today it is Nord Stream 2. There are also the interests of states, economic, “behind the scenes” – those that we do not know.  Russia’s annexation of parts of Abkhazia and South Ossetia in Georgia in 2008 did not teach anyone in the context of Russian aggression in 2013-2014. So, my point is not to wait for lessons of history but to take a strong position at a particular point in time.

Speaking of the energy crisis, in fact, neither Ukraine nor Europe is ready for it. First of all, our energy crisis is a crisis of utility bills, rising prices and, consequently, a decline in public support for the current government. After all, raising the cost of utilities adversely impacts support for the government. Therefore, it destabilses the situation everywhere.