The Zdorovtsov family from Amvrosiyivka has been helping the Ukrainian army since the beginning of the armed aggression. They were not stopped by intimidation by local militants, broken windows, or threats of physical violence. However, after forced to move from the occupied territory to the Dnipro, they had to fight in court to prove that the reason for their moving and the loss of all their property was Russian armed aggression. 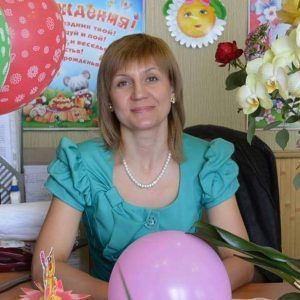 In summer of 2014 in Amvrosiyivka, when the occupier’s army began to advance, Tetyana Zdorovtsova and her husband actively helped the Ukrainian military. They helped as much as they could. They looked for the area large maps, supplied food and clothes, and even dug trenches. The victory seemed very close. Everything changed when it became known that Russia had sent military reinforcements. Local separatists started running and, realising impunity, began to intimidate and threaten to kill pro-Ukrainian residents. The Ukrainian army was preparing to retreat, and the military offered the couple an opportunity to come out under their protection, as staying meant a death sentence for them. And the couple, in what they were, left their furnished house forever, going nowhere. The family moved to the Dnieper like thousands of other migrants who supported Ukraine.

A few years ago, Tetyana Zdorovtsova applied to the lawyers of the Public Reception Centre based on the SICH Human Rights Group with a request to bring Russia to justice for depriving her of the right to the peaceful possession of her property. At that time, lawyer Maryna Kiptila filed a lawsuit to prove the fact that the forced relocation from the occupied territory of the Donetsk region of Ukraine was due to the Russian Federation’s armed aggression against Ukraine. And finally, on 1 December 2020, the case was considered, as a result of which the decision of the first instance court was annulled and Zdorovtsova’s appeal was upheld.

“Frankly speaking, we have been fighting for an affirmative court decision for so long, almost all the war years, that we were not able for strong emotions. Unfortunately, the man did not live to see the day when the court delivers a judgment in our favour. Our military acquaintances, however, knowing how much he had done for them and Ukraine, wanted to promote him posthumously him to the Order of the Hero,” Zdorovtsova says.

Unlike refugees who are protected by the 1951 Geneva Convention Relating to the Status of Refugees, IDPs are not protected by any international legally binding tool. As a result, the effective protection of such persons depends only on the state in which they live. 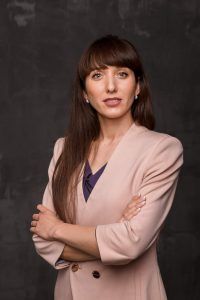 “So, they applied to the court to establish the fact that the internal displacement occurred due to the Russian Federation’s armed aggression. And they did not expect the national courts to refuse, as there is no other way to establish a causal link between the relocation and military aggression. Only after the Supreme Court pointed this out in its ruling on the cassation appeal results, a new appeal was caught and a legal decision established the fact, ” lawyer Maryna Kiptila said.

However, it should be kept in mind that there is no mechanism for compensating the applicant for the inability to use her property in the occupied territories at the national level, so they plan to prepare a complaint to the European Court of Human Rights.

“For example, in Loizidou v. Turkey, the ECtHR emphasised that the applicant remained the rightful owner of the property. So, because of no access, she had lost full control of the plot and could not own and use the property. The applicant complained only about the loss of access. Though the ECtHR found her to be “entitled to the compensation for the losses, caused by her rights’ violation.” The ECtHR also awarded the applicant non-pecuniary damages, caused by “mental pain and feelings of helplessness and frustration” which she had experienced for a long time,”  Kiptila says.

Anyhow, Tetyana Zdorovtsova has lost neither faith nor desire to complete the work to which she devoted many years, especially since there are people around who are ready to help and support.

“We had to go through different things in the judicial system; One Dnipro judge spoke to me as if I had come to his house to ask for money… But we turned to the SICH Human Rights Group, and Marina was constantly in touch, reassuring and always very helpful, even if the situation seemed hopeless after another refusal. However, such events only give new strengths and inspire us to fight for our rights. I can’t go back to the past cosy life – the life is over there. But we need to live on because such an experience is a resource for new searches and changes in life,”  Zdorovtsova declared.