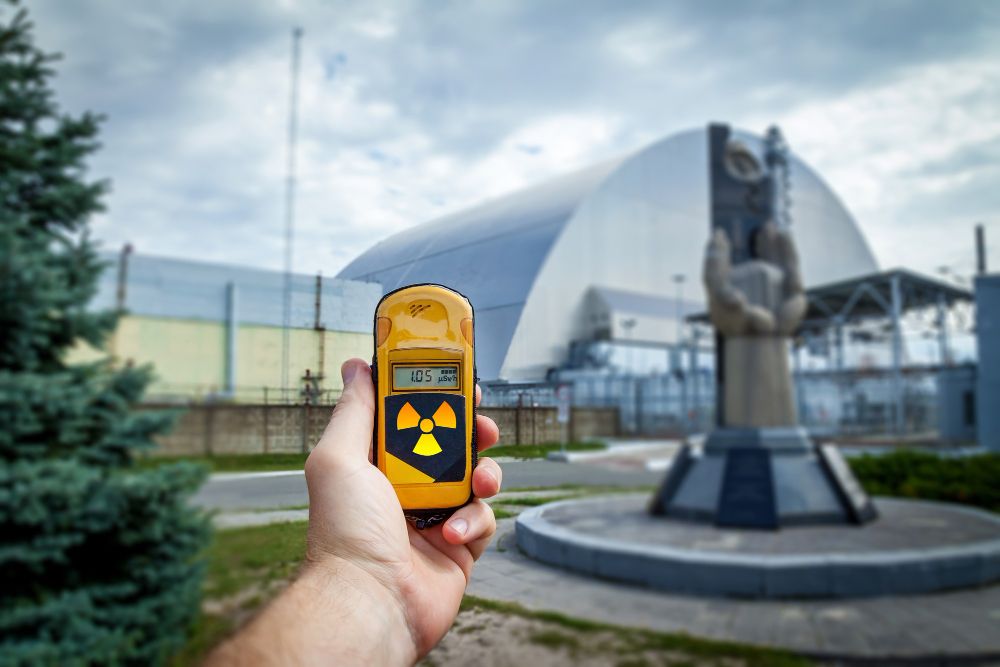 I have a lot of stories about the spring and summer of 1986, suffice for a few short novels. For now, I will limit myself to an excerpt I wrote for the book “Hennadiy Matsuka: in the world of molecules and genes,” with a small addition.

“Once the Chornobyl disaster occurred, Moscow was most afraid of revealing the true scale of the catastrophe. Managers of enterprises, scientific and educational institutions were threatened with dismissal and expulsion from the party for ‘spreading panic’ (i.e., for any attempt to

protect their subordinates). The KGB officers were urgently removing Geiger counters from the institutes so that no one would find out about the real situation. The party bodies meticulously checked the presence of employees at workplaces. At the Institute of Molecular Biology and Genetics, which my father headed, inspectors found that a disproportionate number of women took an unpaid leave suddenly. They came to the director with reproaches, saying he was sowing panic there as half of the institute staff was on leave. Inspectors demanded that he must put his party membership card on the table! Instead of his card, my father dangled overexposed X-ray films in front of the inspectors. He explained that the experiments of the scientists in question were related to the work in the radio unit.

At the current level of radiation, the accuracy of experiments is out of the question. Therefore, as the institute director, he could not allow people to idle around at work while receiving their salaries so he put them on leave, thus saving public funds. And the fact that all those employees were women with children was just a coincidence. Although the inspectors understood that they were being openly fooled, they failed to object to such outright demagoguery.  So, they went away, taking the films for the report.

Meanwhile, a “curator” from the KGB made a visit to ask what was going on and what the actual level of radiation was as, according to TV, it was already below zero.

“How do I know?” my father replied. “You seized all our counters.”

“But I know that you have something left. Tell me, for God’s sake, what I should do, I have children!”

My father told what he knew without thinking about the consequences. But there were no consequences because the “curator” did not betray his trust. It was then, after the Chornobyl disaster, that the authorities began to crumble like concrete at the reactor, and Ukraine’s movement towards the independence began. In particular, that happened because all those local “curators”, inspectors and other governing establishment began to lose control over the “subordinate population” and understood that Moscow was as indifferent to them as everyone else.

Moscow was desperately trying to prove to the world that nothing extraordinary had happened at the Chornobyl NPP. A commission was even sent to Kyiv to assess the radioactive contamination, based on the results of which a decision was made to evacuate people and make uninhabitable areas an exclusion zone.

The commission was headed by chairman of the USSR State Committee on Hydrometeorology Yuri Izrael. In 2004, the Nature journal called him a “fossil communist fighting for fossil fuel.” Back in 1986, Izrael made every effort to underestimate the real level of radiation pollution and its potential consequences and claimed that there was no threat to human health outside the 30-kilometer zone. (Moscow will later praise Izrael’s efforts and award him the Order of Lenin.) It was Izrael who put pressure on the Academy of Sciences of the Ukrainian SSR, seeking optimistic conclusions about the pollution scale and consequences. All was in vain. Five Ukrainian academics, directors of biological institutes, including my father, wrote a so-called dissenting opinion that gave a truthful assessment of the consequences of the disaster and specific proposals for the protection of people. President of the Academy of Sciences Borys Paton submitted this document to the government as “the opinion of Ukrainian scientists,” and Chairman of the Council of Ministers of the Ukrainian SSR Oleksandr Lyashko, who then headed the government commission on liquidation of the Chornobyl accident, took that “dissenting opinion” to Moscow already as “the position of the Academy of Sciences of the Ukrainian SSR.” Moscow had to agree with the “the position of the Academy” presented by the head of the Ukrainian government. Already in June, children began to be evacuated from Kyiv in an organised manner.

When there were almost no children left in Kyiv, wife of the First Secretary of the Central Committee of the Communist Party Volodymyr Shcherbytsky strolled with her granddaughter near the Foreign Ministry building in the Shovkovychna Street every day. Our female colleagues clutched their heads, lamenting over what they were doing with the child. Were they sacrificing the child to show that nothing terrible had happened? When I told my father about it, he was not surprised. According to him, the then party leaders lied about the level of radiation, made people attend the May Day demonstrations, organised bicycle races and football matches, not only because of Moscow’s instructions and party discipline. They did not yet understand what radiation was, so it was almost impossible to explain its harm to them “because it is not visible.” That is, the fate of the population was decided by persons with the intellect of three-year-olds. Apparently, since then, I can’t stand ignoramuses in power. And I consider 26 April 1986 to be the day when the collapse of the Soviet Union started.