Features of Information Support of Hostilities in Nagorno-Karabakh

Preparations for the armed hostilities in the Nagorno-Karabakh region, the acute phase of confrontation and the post-conflict period received certain media coverage that testifies to the systemic informational influence exerted by all parties to the conflict at various stages.

This topic was discussed during an international round table titled “Features of information support of hostilities in Nagorno-Karabakh” organised by the International Center for Countering Russian Propaganda.

“Special Operations Forces, as a subject of information warfare, are constantly monitoring the information environment. We could not ignore the situation in the Caucasus, the more so as the Russian Federation is one of the parties to this conflict,” said Oleksiy Nikiforov, the spokesman for the Special Operations Forces of the Armed Forces of Ukraine. 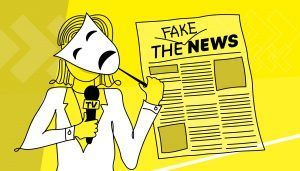 According to the round table participants, the analysis of the events in the Caucasus revealed a systemic informational influence exerted by all parties to the conflict. Thus, Nagorno-Karabakh used its information space to strengthen Armenia’s position, and the parties used the full possible range of information channels to exert informational influence. At the same time, fake accounts were activated to circulate propaganda.

The analysis of Azerbaijani YouTube channels showed that this network was created during 2017-2018, so, according to Ukrainian experts, the Azerbaijani-Turkish alliance had begun to prepare and create the information background for the liberation of the occupied territories of Azerbaijan 2-3 years before the active phase of the conflict started.

Analysts identified several trends in the use of information delivery channels. In particular, this included the activity of Telegram channels strengthened due to anonymity, efficiency, difficulties with its blocking and the lack of censorship; the use of the TikTok platform expanded; and the role of Facebook diminished because of its strict censorship policy.

In 2015-2020, the parties to the Nagorno-Karabakh conflict were exposed to informational influence, which analysts divide into several stages: pre-conflict period, period of active hostilities and post-conflict period.

In the pre-conflict period, the informational impact of Azerbaijan was focused on: discrediting everything related to Armenia – history, religion, culture; demonstrating occupation policy of Armenia and appealing to the legitimacy of its actions on the basis of the UN resolution on the territorial integrity of Azerbaijan; circulating patriotic information; and discrediting the Armenian state and army.

From the autumn of 2015 until the summer of 2016, Russia discredited Turkey after the latter had shot down a Russian plane. However, from 2016 to 2020, the strength of bilateral economic projects was highlighted, on the contrary. Particularly powerful discrediting articles related to Turkey and Azerbaijan were not recorded during this period, experts said.

During the acute phase of the conflict, analysts noted, the informational impact mostly focused on discrediting, intimidating and misinforming in order to affect the psychological state of the enemy troops, mislead them and create panic among the civilian population. Both sides also tried to downplay the informational influence exerted by the rival.

The following main narratives of Azerbaijan and Turkey were singled out during this period: demonstration of technological advantage and efficiency; demonstration of video footage showing the destruction of enemy strongholds and equipment; demonstration of mutilated bodies, and severed heads of Nagorno-Karabakh defenders. In addition, the speeches of the President of Azerbaijan, in which he mocked and humiliated the Armenian leadership, are noteworthy.

The experts also pointed out that Azerbaijan held an information briefing for military attachés on 28 September and released information about the speech of the Azerbaijani leader at the UN General Assembly, which had taken place two days before the conflict and had been dedicated to Armenia’s aggression.

Furthermore, two weeks before the active phase of the operation started, the government and non-government forces had addressed citizens through social media, asking them not to cover the movement of equipment and troops. Access to social networks was also partially restricted. When the hostilities started, all Azerbaijani media outlets began to provide information exclusively from official sources and were not allowed to publish statements made by opposition forces.

At the same time, the mood of panic was observed in Armenia starting on 27 September, and the information about the progress of hostilities began to appear later. The Armenian leader also called Russian President Vladimir Putin and, according to unofficial sources, was denied a request for military assistance, which significantly affected the situation.

In the first half of the day on 27 September, Russian propaganda resources maintained neutrality in covering the events in Nagorno-Karabakh. However, after a conversation between the presidents of Armenia and Russia, Russian resources began to support the Armenian side and disseminate anti-Azerbaijani information content, using guidelines from the Russian presidential administration.

According to observers, the very next day after the beginning of the Nagorno-Karabakh conflict, Russian propagandists started to tell the Russian audience about the plight of civilians in Nagorno-Karabakh, the mass arrival of Armenian volunteers to Nagorno-Karabakh and the losses of the Azerbaijani side, using their Telegram channels and the Russian media.

Over time, the rhetoric of the Russian media changed to neutral.

Over the post-conflict settlement of the situation, Azerbaijan and Turkey actively discredited Russian peacekeepers and released statements by Turkish officials that the Turkish military would also act as peacekeepers in Nagorno-Karabakh.

Meanwhile, Russia was showing the destruction of Armenian Orthodox shrines by the Azerbaijani military in order to lay the foundation for religious conflicts. There were also reports that Russia had intervened to prevent a full-scale war between Armenia and Azerbaijan. Another important narrative was the need for Armenia’s closest possible rapprochement with Russia and the prevention of its pro-European movement.

The round table participants also noted that the leading role in the active phase of the Nagorno-Karabakh war had been played by the Special Operations Forces of the Armed Forces of Azerbaijan by carrying out sabotage, damaging communications, conducting surgical military strikes and adjusting fire.

During the information campaign, the accusations of the use of mercenaries in the war were brought by both parties to the conflict. Similarly, the parties used cybernetic influence by certain communities when social networks were blocked and the web resources of enterprises were damaged. However, Azerbaijan was more efficient in doing so, experts say.

Instead, the scorched earth strategy was widely used by Armenians, who burnt down homes, destroyed livestock, economic and information infrastructure, and energy facilities to make Azerbaijan spend extra money on their restoration.

Summing up various aspects of information support of the war in the Caucasus, analysts noted that the parties to the Nagorno-Karabakh conflict did not apply approaches towards waging information warfare which would be new to the Ukrainian experience. As evidenced, the parties not only resorted to classical methods of warfare but also widely used methods of hybrid confrontation. They also succeeded in using the religious factor to consolidate their people in the fight against the enemy.

At the same time, analysts noted that Azerbaijan dominated the information space and demonstrated systematisation and hierarchy in the information efforts. In their opinion, Ukraine should add this tactic to its armoury in countering the Russian Federation.