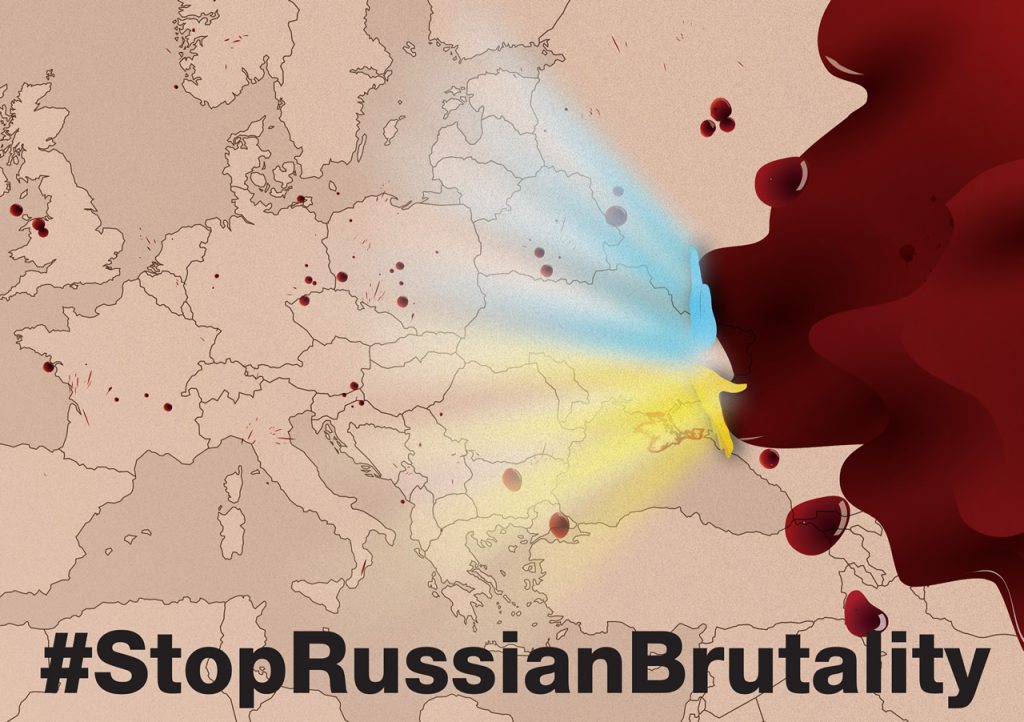 The seventh anniversary of the Ukrainian Revolution of Dignity has passed. At the same time, 2021 marks the seventh year of the occupation of Crimea, the war on the eastern border of Europe, and the terrorist attack on the downing of the MH17 civilian aircraft over the Ukrainian sky.

The shameless invasion of Ukraine by the Russian Federation was preceded by the invasion of Georgia. It was followed by Kremlin interference in the internal affairs of nearly every country in the region of Eastern Europe and the South Caucasus. The United States, Norway, and Germany have reported numerous cyberattacks by Russia, and the EU has already imposed the first-ever sanctions for this crime.

Today, we are witnessing no less shameful behavior by Moscow in Belarus, along with the suppression of all possible acts of disobedience among its own citizens, including the practice of brazen poisonings and assassinations of opposition leaders.

According to the PrisonersVoice campaign, at least 99 Ukrainian citizens are imprisoned for political reasons in Russia and the occupied Crimea, and at least 251 are in the basements of the occupied Donbas.

During the period of Russia’s armed aggression against Ukraine, about 4,150 Ukrainian servicemen and 3,367 civilians were killed. More than 20,000 people were injured. In addition, reports from the Special Monitoring Mission OSCE and Joint Forces Operation report that Russian militants, in addition to territories under the control of the Ukrainian authorities, are deliberately shelling the occupied Donbas to increase casualties and accuse Ukraine of this.

By destabilizing the situation, both internally and externally, Russian mercenaries are shedding the blood of peace defenders and undermining European values. Not being sufficiently punished, President Putin’s regime now ignores international law altogether, demonstrating its superiority over all European states, including yours.

We believe in your ability to be an agent of change and to help end the war, bring Russia to justice and restore justice throughout the European continent.

You can express your support, among other things, by joining the flash mob #StopRussianBrutality on 26 February 2021, the day of the seventh anniversary of the beginning of the occupation of Crimea, by posting your photo with this card on all social networks where your accounts are registered and writing a few words of support for Ukraine and the world in the fight against Russian aggression.

Thank you for making a difference!

With respect and faith in our common victory,
Promote Ukraine