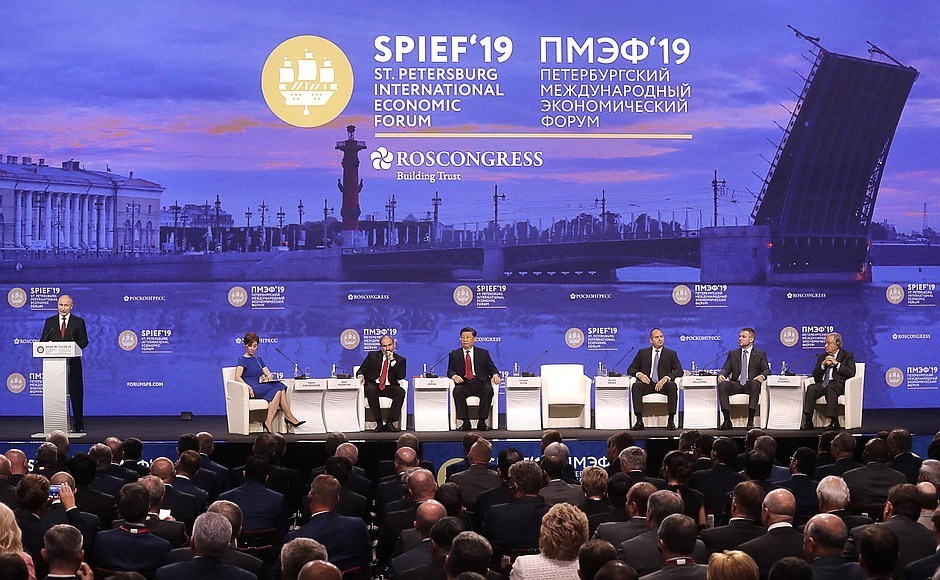 Whether being busy with internal power battle or having a purposeful long-term ease-on-Russia-strategy, Ukraine weakens its grip on the conscience of the EU power elites over the basic principles of justice. It results in situations, where rule-based societies help the Kremlin pursue the path of disrespect for international law.

German minister for economic affairs Peter Altmaier and Russian minister for economic development Maksim Oreshkin signed a declaration on bilateral cooperation “Partnership for efficiency” which foresees exchanges of workers, study tours, mutual support for energy efficiency and digitalization, as well as identification of SMEs that want to cooperate for achievement of their goals.

This political declaration should help Russian economics adapt to future challenges thanks to German technologies. During this visit of the German delegation to Russia, Siemens seized an opportunity to get a EUR 1.1 billion order from Russia to manufacture 13 trains.

It is not new that some European politicians lobby for closer cooperation with Russia, but the news here is that this are the Christian Democrats – in-power-politicians of the leading EU country. After years of resistance, they have finally let business dictate international politics or even geopolitics with possible long-term consequences for peace and prosperity in Europe.

German Christian Democrats are the role model for the whole European Peoples Party group, one of the biggest in the European Parliament. Members of this group are political decisionmakers in many European states. Therefore, the behavior of the German Christian Democrats will have an effect on the Russia policy of European institutions and other countries of the EU. When German in-power politicians bypass EU sanctions, this sends the message that working with Russia despite its aggression against neighboring countries is no more a mauvais ton.

These are double standards in relation to the EU. Altmaier and co keep on holding the trend which started in 2014-2015 when public figures of Europe and the USA began crossing moral lines and by this “authorizing” the behavior of their societies which was previously seen as a taboo.

The internal rhetoric of Russian authorities concerning its confrontation with the “collective West,” the formalism of its internal law which has higher priority over international rules, and the national strategy to become “completely sovereign” are entirely ignored by Westerners.

Since the very beginning of Russian aggression, the West allowed Russia to launder money through the EU borders, permitted children of Russian politicians to do internships at the European institutions, failed to disconnect it from SWIFT. All of this prevented sanctions from having an immediate effect on restoring international law and created grounds for damage to the European economy in the long run. Now, the populists and Russia-financed political forces and business elites in Europe use the last argument in order to rebuild relations with Russia despite the fact that the Kremlin has tried to destroy the existing world order which was established on the blood of millions.

Such behavior shall result in the long-term capitulation of Europe, which Germany is pulling with itself.