Internationalization of the euro as a window of opportunity for Ukraine 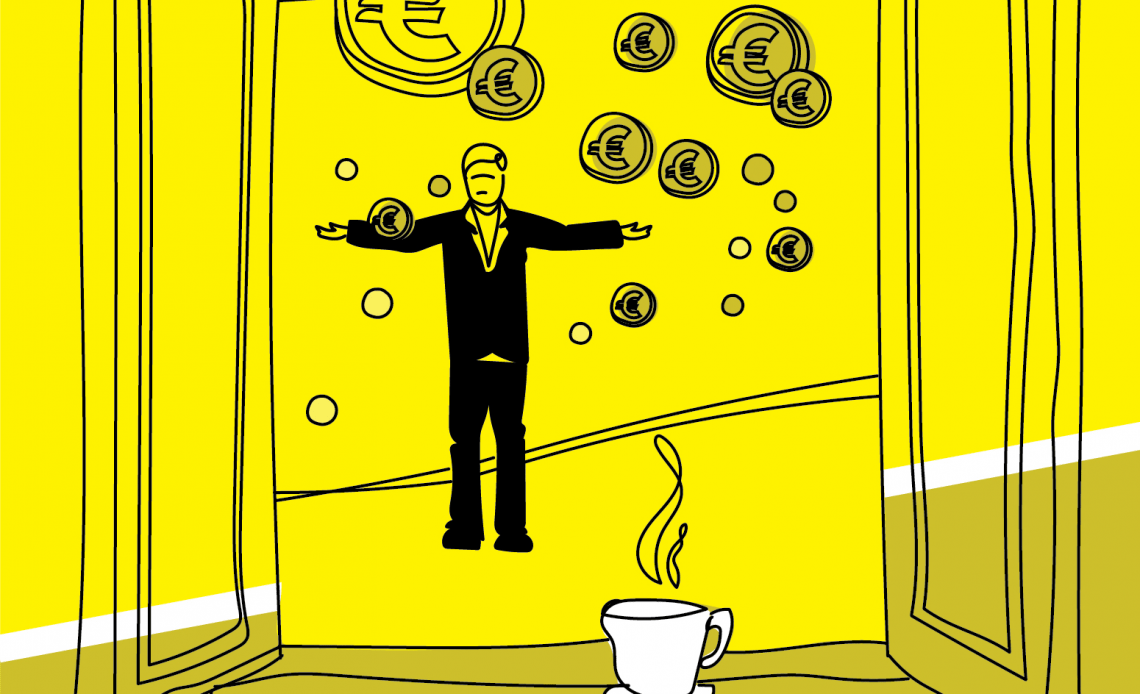 Since its inception, the EU’s currency has included the option of “international money”, which is well-known in terms of economic theory. The experts of the European Central Bank (ECB) even made their own assessment of the euro’s international role, according to which its “internationalization” had peaked in 2005. However, the founding fathers of the euro probably avoided this deliberately: such a status results in a number of burdensome commitments, including to serve as an informal supranational central bank. The “success story” of the “godmother of the euro” – the Deutsche Mark – demonstrates an ability to effectively find its own niche in the world of finance, while avoiding the described responsibility before the global community. The EU’s sovereign debt crisis of 2010-2012 has not strengthened the positions of proponents of the “internationalization of the euro”. It revealed the fundamental contradictions enshrined in the European Monetary Union’s foundation: the conflict between the common monetary and separate fiscal policies of the countries-members.

Nevertheless, around 2017-2018 the leaders of the European Union were compelled to weigh the idea of “international euro” more critically. The United States began abusing the dollar’s status as an international reserve currency, having relied excessively on the buck while executing its sanctions policy measures. According to experts of the famous magazine, The Economist, “America has weaponized the dollar. In the rich and emerging world, the search is on for an alternative.” From this perspective, we may notice the actions proposed by the European Commission on 5 December 2018 aimed “to strengthen the role of the euro in a changing world.” Without a doubt, this action plan should be considered jointly with the steps towards the recovery of the EU’s economy in the wake of COVID-19 crisis. The mentioned actions are also to include the design of road-maps to increase productivity, to complete the banking union, and to smooth macroeconomic imbalances existing among the various countries being the participants of European integration project. However, the policy of euro internationalization will, for sure, remain in the top of Common Europe’s agenda in the coming years.

Ukraine may potentially pick significant bonuses from such a policy conducted by the top-officials of the European economy. It is obvious that the US dollar is the dominant currency in the local economy. Arising under such circumstances, dollarization is the source of the threats to financial stability, both in public finance and in corporate business/individual households’ areas. However, it should be emphasized that there is the growing understanding of the prospects for strengthening the euro’s role in Ukraine’s economy and financial system by local political elite. Thus, feeling the aftertaste of the uncontrolled devaluation of the hryvnia (the national currency), in December 2008, Ukraine’s then-Deputy Prime Minister for European Integration, Hryhoriy Nemyria , clearly stated that “it is worth strategically choosing the euro.” He also emphasized the negative consequences of pegging Ukraine’s economy only to the US currency. In May 2017, the Supervision Board of the National Bank of Ukraine (NBU), Ukraine’s local central bank, proclaimed that “it can be observed the beginning of the fundamental economic pre-conditions to use the euro as the main foreign currency” in the realm of trade settlements with other countries.

It should be noted that there is a realistic economic basis for such statements. In particular, in 2019 the EU remained Ukraine’s largest trading partner: exports amounted to $20.75 billion USD (33 percent of total exports), and imports to $25 billion (37 percent of total imports). It is clear that a significant part of settlements for such multibillion-dollar trade flows is made in euros. Additionally, to function as a means of payment, the European currency, like any money, has other core functions. It can serve as a unit of account used to record the value of goods and services, to measure the amount of debt issued (including sovereign debt) or the value created by financial assets. For example, as of 30 June 2020, according to the Ministry of Finance of Ukraine, the euro made up 13 percent of Ukraine’s public and guaranteed debt. According to the estimates of the National Institute for Strategic Studies, as of 1 April 2019, the euro was also among the currencies widely used during crediting: it comprised for 9 percent of the total loan portfolio of Ukraine’s banks. On the other hand, the European currency serves as a means to accumulate wealth (store of value), in particular as a reserve currency of central banks. Thus, as of 1 January 2020, the share of the euro in the structure of gold and foreign exchange reserves of the NBU was 10.6 percent. Thus, we can conclude that despite its less important role in comparison with the US dollar, the euro is quite actively used in the economy and financial system of Ukraine, while having enormous potential to expand its role.

To be sure, it must be noted that Ukraine isn’t able to influence positively to fully complete the EU’s banking union. However, the leaders of the European economic bloc have on their agenda a number of measures aimed at deepening the euro’s internationalization, the implementation of which may significantly benefit Ukraine. Given the above, at the level of bilateral economic relations between Ukraine and the EU, the following measures can be identified to contribute as much as possible to the internationalization of the euro:

In summary, we can assume that against the background of the COVID-19 crisis there will be a downward trend in globalisation and some regionalisation of the world economy. In such circumstances, the internationalization of the euro can become a powerful tool to strengthen the EU’s role as a heavyweight in the world of global finance. Ukraine, while being the European Union’s closest neighbour, can benefit greatly from this vector of the European policy. The core priorities for Ukraine’s top-officials are to understand the mutual benefits of such cooperation for both parties, the ability to design and implement the road-map of measures required. In this context, the newly-appointed management of the NBU has all the opportunities to demonstrate a successful sample of cooperation based on “win-win” principles.

Vadym Syrota is an independent banking expert, a regular contributor to the specialized blog of the Kennan Institute (Woodrow Wilson Center) and the permanent author of Ukraine’s business publications on finance&banking issues. Previously he worked at the National Bank of Ukraine (local central bank) on banking supervision and financial stability issues. He holds a Ph.D. degree in economics with a focus on crisis management in Ukraine’s banking institutions.

Slovak Buyer of Ukrainian Iron Ore Refusal to Pay: Who Is Behind?