Kaharlyk Police Abuse: What Will Happen to Police Officers Suspected of Torture and Rape?

At the end of May 2020, Ukraine shuddered as it became aware of yet another police violence incident. In Kaharlyk, a small town in the Kyiv region, local police officers tortured two witnesses, a young woman and a man, all night long. The incident hit the headlines and caused an immense public outcry.

The National Police’s internal security department officers quickly detained the suspects, and the State Bureau of Investigation served them with the notice of charges. The two incidents of violence were unified into one case.

It is known from the case files that on the evening of 23 May 2020, the woman was summoned to the Kaharlyk police department for questioning as a witness. However, the questioning quickly turned into torture. A police officer put a gas mask and handcuffs on the victim and staged her murder, shooting over the woman’s head from a duty gun. This lasted for several hours. It is also known that the police officer raped the victim several times. A previously detained man was being tortured in the neighbouring premises.

The incidents took place with the participation of other Kaharlyk police department officers. The head of the department also knew about the systematic use of force during interrogations but allowed it with tacit consent. After a massive public outcry sparked, the two main defendants were detained. They were later joined by two others, an accomplice in the May incident and a police officer who, among other things, used torture in a similar situation in January. The investigation was conducted under three articles of the Criminal Code of Ukraine (Part 1 of Article 152 (rape), Article 127 (torture), and Part 2 of Article 365 (excess of authority or official powers).

The May incident exposed other cases of torture as well. As it turned out, Kaharlyk police officers often beat citizens to coerce them into a confession.

In particular, according to court records, Kaharlyk police officers fabricated crimes in order to boost their operational performance. According to the court ruling, the suspects “had a common criminal intent to search for socially vulnerable, previously convicted persons to detain them and then to beat, torture and abuse these persons (if they did not agree to the fact of detention) to persuade them to confess to committing criminal offenses.”

In January, police stormed a building where two people were being tortured and raped. The victims were hit by pepper spray, beaten, stripped, raped, and then thrown into the trunk of a car. The police officers continued torture in the same department. Here is an excerpt from official records:

“Ignoring all the rules of public morality, PERSON_3 tore PERSON_5’s pants and underpants off, then found a kitchen utensil “colander” with a metal handle in the same room and began to insert the handle into the anus of PERSON_5, inflicting physical pain, physical and emotional distress. At that time, other police officers, namely PERSON_2 and PERSON_1, laughed at the above-mentioned actions of PERSON_3 and by their presence exerted additional psychological pressure on PERSON_5 and thus supported the actions of PERSON_3. Subsequently, PERSON_3, PERSON_7, and PERSON_1 for about 10 minutes periodically and alternately kicked PERSON_5 in various parts of the body.”

It is possible that the revealed facts may indicate that Kaharlyk police officers systematically tortured and raped citizens for their own benefit. A corresponding statement was made by Yuri Belousov, the head of the Prosecutor General’s Office Department of Procedural Guidance in Criminal Proceedings over Torture and Other Serious Violations Committed by Law Enforcement Officers.

“It’s an extremely complicated and voluminous case as it combines three different episodes that took place at different times. It was decided to unify them into one proceeding because the same law enforcement officers participated in all the episodes. This shows that that torture and illegal detentions were a systematic practice in this department fully supported by the head (he was also served with the notice of charges). After the defence team gets acquainted with the case files, the indictment will be sent to court. I think it will happen next month. We will continue to maintain our position during the trial,” Yuri Belousov posted on Facebook.

He also noted that the pre-trial investigation was completed and all the necessary case files would be submitted to the court. 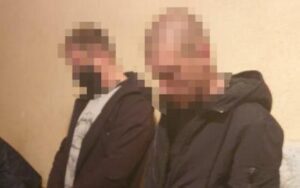 As of November 2020, five officers of the Kaharlyk Police Department are defendants in the case. Four suspects are in custody. In early November, it became known that the fifth defendant was released from custody and was placed under house arrest. According to some sources, this man was holding a woman when she was tortured and raped on the night of 23 to 24 May. He also was integral to other tortures in Kaharlyk in January this year. Nevertheless, in the latest ruling on the suspect’s fate, “… the investigating judge concludes that there are no grounds for extending the previously chosen measure of restraint in the form of detention and applies the measure of restraint in the form of around-the-clock house arrest…”

According to Zlata Symonenko, the victim’s lawyer, the ruling poses certain risks.

“I do not agree with the ruling. The risks for the victim remain as she still lives at her place of residence and, therefore, being in the same area with the suspect may represent a possibility of putting pressure on her. In addition, suspects have worked in law enforcement agencies for a long time and know in what way it is possible to exert pressure on victims to make them refuse to testify,” the lawyer said.

Zlata Symonenko also noted that the first court hearings would begin no earlier than mid-December.

“The Prosecutor General’s Office announced the completion of pre-trial investigation and opening of case files. Currently, the process of familiarisation with the case files is ongoing. After that, the indictment will be served and sent to court. We should not expect the start of court proceedings before mid-December,” she commented.

The Kaharlyk case has shown that the state is able to investigate high-profile crimes quickly. The court will rule whether the suspects will be held liable. But despite the fairly rapid work of the victims’ lawyers, the leadership of the National Police, the State Bureau of Investigation, and the Prosecutor General’s Office, the situation with an investigation into torture in Ukraine remains deplorable.

According to the information of the Prosecutor General’s Office received upon inquiry filed by the NGO Forpost, 164 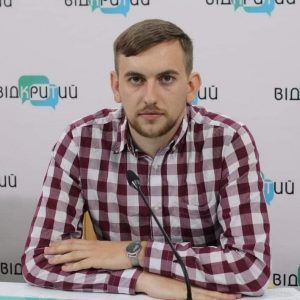 proceedings were opened under Article 127 of the Criminal Code of Ukraine (torture) in 2019. Over the year, 23 cases were submitted to the court and one case was closed. Few people were sentenced. At the same time, it should be remembered that many cases of torture committed by law enforcement officers and government officials are qualified not under Article 127 of the Criminal Code but under Article 365 of the Criminal Code (excess of authority or official powers). The latter provides for a lesser sentence and distorts official statistics on torture. But both of these articles prohibit criminals from returning to work in the police (these rules are stipulated in Article 61 of the Law of Ukraine “On the National Police of Ukraine”).

If court finds that all suspects are guilty, they will no longer work in law enforcement agencies. Furthermore, Kaharlyk police officers face up to 10 years in prison.

Promote Ukraine, Other Organisations, Appeal to MEPs Regarding Russia’s Extortion