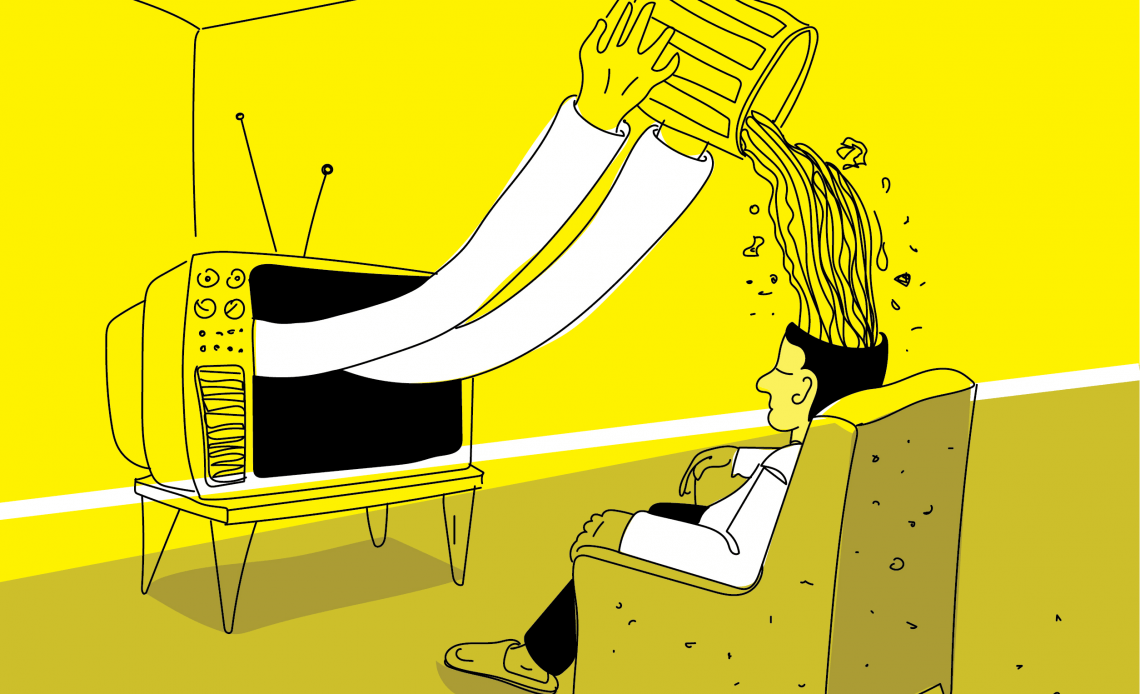 Russia, as a growing revisionist state, will continue to be a destroyer of the world order based on Western values. Russia’s global economic influence will weaken in the long run amid many political, economic, and social changes in the country itself, but the Kremlin will keep making efforts to shatter and destabilise the world and spread fake information.

The sphere of culture is one of the most popular areas of the Kremlin’s propaganda. The first and foremost reason for that is the excellent opportunity to communicate the message cultivated over the years about “the difference between Russia’s cultural identity and the global context.” Another point of emphasis is that “the world does not understand the peculiarities of the Russian soul.”

Russia Beyond (RB) outlet does not trail far behind among the megaphones of cultural greatness and differences of Moscow. Formerly known as Russia Beyond The Headlines (from its launch in 2007 to September 2017), RB is a Russian multilingual project (14 language versions) run by the non-profit news agency TV-Novosti, founded by the Russian state news agency RIA Novosti. Russia Beyond is rather an aggregator that offers readers news, comments, opinions, and analysis of culture, politics, business, science, and social life in Russia prepared by “professional journalists who are passionate and knowledgeable about the country.” reads the outlet’s profile on Linkedin.com.

Russia Beyond The Headlines was launched in 2007 by Rossiyskaya Gazeta, one of the most popular media outlets of the Russian federal government. This fact is important to understand in what context, what presentation, and through what funding RB works as the “cultural” mouthpiece.

RB’s declared mission is to “promote a better understanding of Russia in the world, be it ordinary citizens, civil servants, public opinion experts or entrepreneurs.” To achieve this goal, the outlet does not just cover cultural life but rather presents innovative reviews and analytical materials about life in Russia. The emphasis in almost all materials is laid on the fact that Russia is a country difficult for foreigners to understand, undergoing a stage of transformation, and “is still coming to terms with its long (sometimes painful, sometimes bizarre) history, which cannot be understood in the context of stereotypes disseminated in the West.”

First of all, RB aims to present the Kremlin’s revisionist intentions and aspirations in a beautiful “cultural” wrapper, so that this candy is undoubtedly consumed by a tolerant Western society. Here you will be offered the recipes of Russian dishes: borscht stolen from Ukrainian cuisine or Siberian dumplings. You will be encouraged to assess the greatness of Peter I against the background of Ukrainian “traitor” Mazepa and other military victories of Russian weapons or to flip through the list of the 100 best Russian artists, many of whom are of Ukrainian descent. All the articles are of purely cultural content, without any politics. Almost all material is presented in the context of common cultures, fraternal peoples of multinational Russia, common 300-year history, etc.

In 2014-2017, journalists of independent Western media outlets repeatedly blamed RB for outright propaganda, not to mention disinformation veiled in the cultural context. Roy Greenslade, the media commentator for The Guardian, did so in 2014, and former Slate journalist Jack Schaefer – in 2017. The materials claim that RB paid many people in Europe for distributing and republishing their articles: the London Daily Telegraph, Le Figaro in France, the Sueddeutsche Zeitung in Germany, and the Italian daily La Repubblica. In the US, RB collaborated with The Washington Post until 2015. Russia Beyond materials were most often distributed as inserts in these newspapers. In particular, The Wall Street Journal and The New York Times published the Russia Beyond insert regularly in 2018. According to journalists, Russia Beyond the Headlines paid the Daily Telegraph £40,000 a month for distribution over the weekend, and the Daily Telegraph website released content from the RBTH website.

The monthly Russian-themed insert first appeared in The Daily Telegraph and the Washington Post under the title “Russia Now” back in 2007. After the downing of MH17 in Donetsk region in 2014, the Daily Telegraph was severely criticised for publishing paid-for, pro-Russian materials denying Russia’s involvement in the tragedy. Many European media outlets provided evidence that the outlet received £900,000 a year for republishing the materials of Russia Beyond the Headlines. Republication of an article by BBC journalist John Simpson later appeared in the travel section of the same outlet. In his article “John Simpson: Crimea’s charms uncovered,” the author called on Britons to visit Crimea in violation of Ukrainian law, emphasising that it is possible to get to Crimea and enjoy its beauties, which flourished during the Russian occupation, only from the territory of Russia. Simpson’s article and appeals drew the fire of the Kharkiv Human Rights Protection Group, the Association of Ukrainians in Great Britain, and The Economist editor Edward Lucas.

In general, the independent Western journalists often hammered the position of the Telegraph Media Group (whose flagship newspaper is the Daily Telegraph) for its double standards. On the one hand, there was harsh criticism of the Putin regime and calls for tougher sanctions against Russia, especially after the downing of MH17. On the other hand, the editorial staff had a long-term contract with RB (or rather with the owner of this outlet – the Rossiyskaya Gazeta governmental newspaper) to publish the RB insert with articles about the Russian community in London and other manifestations of Russian culture.