More than half of the cases opened by the Security Service of Ukraine (SBU) over the past eight years do not concern national security. This is evidenced by the results of a study conducted by the NGO Osiazhny Obriy (Overall Horizon), which analyses the activities of law enforcement agencies. 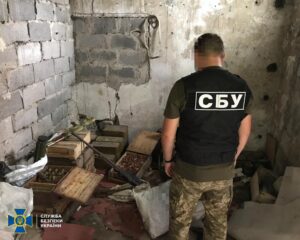 At the same time, in 2018, the SBU commenced the most legal proceedings (37%) over official crimes.

The study suggests that such a large number of cases initiated against officials and judges before the elections are explained by the need to provide administrative resources, namely, by opening new cases as levers of influence and closing them when necessary agreements are reached.

“It should be noted that the number of official crimes investigated by the SBU in 2018 was 3.14 times higher than over the other seven years combined,” the study says.

However, the authors of the study emphasise that the main task for the security services is to identify threats to national security and prevent them.

Therefore, the SBU‘s function to investigate crimes in a very wide range of categories causes significant damage to both national security and the work of other law enforcement agencies.

Among the negative consequences of combining counterintelligence and crime investigation functions, the researchers, in particular, highlight the following:

Protection of own interests

This indicates that cases are registered to have grounds to use existing law enforcement powers against a person in order to obtain information or some benefits, track specific people or exert pressure in another form, human rights activist Volodymyr Yavorsky said.

He says that in the near future the Verkhovna Rada plans to adopt a draft law on reforming the SBU which, according to human rights activists, grants unlimited powers to the Service that will not be controlled by anyone at all.

“I am not aware of similar bodies in democratic countries. But it very much resembles the State Security Committee of the Republic of Belarus (KGB) and the Federal Security Service of the Russian Federation (FSB),” Yavorsky warns.

As a reminder, the reform of the SBU was one of the demands that human rights defenders put forward to the new government back in July last year. Experts then noted that the agency had inherited many of the functions from the Soviet special services and its work was practically not controlled. NATO Secretary-General Jens Stoltenberg also called on the new government to reform the SBU.