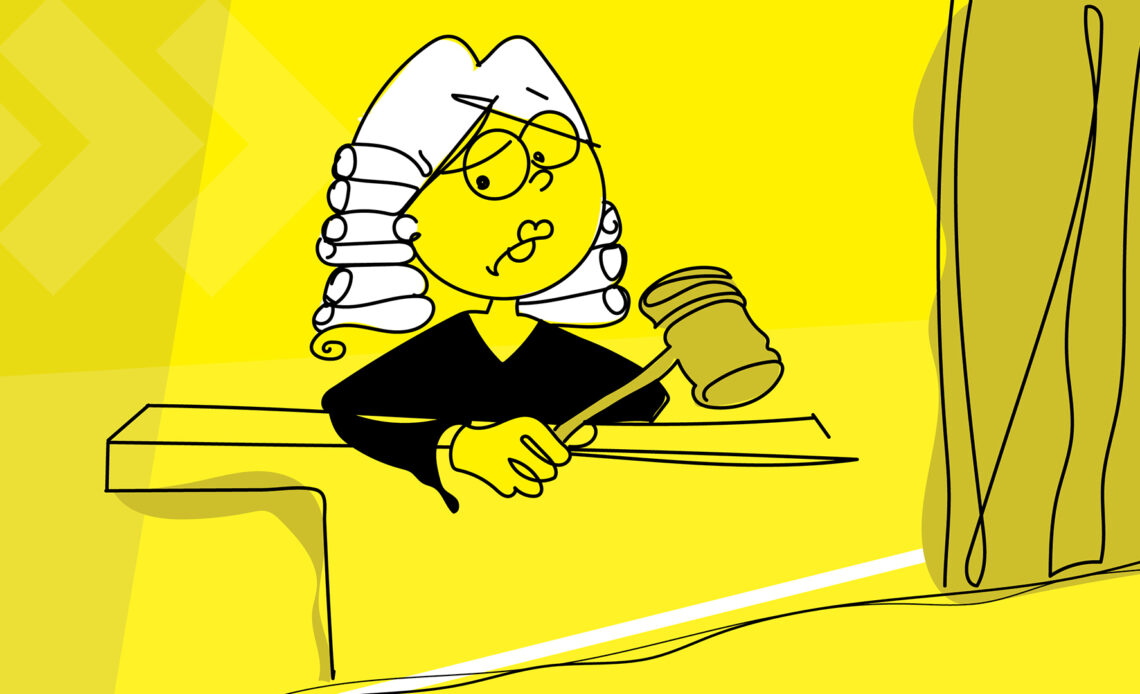 Judicial reform in Ukraine is being actively implemented at the request of international partners and the public. The Verkhovna Rada has already passed numerous bills to regulate the activities of the judiciary. However, the legal community is critical of novelties. After all, few positive aspects will not be able to comprehensively solve all the problems of the judicial system in Ukraine. Will Themis remain blind in our country? Promote Ukraine heard the views of experts. 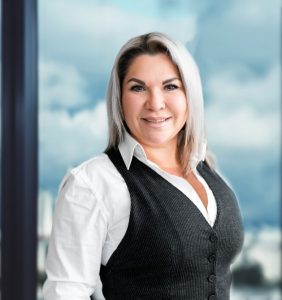 According to recent opinion polls, less than 2% of Ukrainians trust national courts. Only 10% of citizens believe that they can get a fair court decision regardless of their wealth, position, and social status.

As a practicing legal professional, I agree with Josep Borrell, High Representative of the European Union for Foreign Affairs and Security Policy, who, commenting on the pace of judicial reform in Ukraine, called it “the mother of all reforms.” Our foreign partners aptly point out that judicial reform remains the basis for the implementation of other reforms in Ukraine and the most important factor in the country’s economic and political development.

Obviously, President of Ukraine Volodymyr Zelensky is well aware of the importance of judicial reform. On 12 June, the President signed a decree “On the Strategy for the Development of the Judiciary and Constitutional Justice for 2021-2023.” The strategy defines priorities for improving legislation on court organisation, status of judges, judiciary, and other institutions of justice. In fact, the document sets the direction for further judiciary reform. The very fact of drafting the Strategy is a positive factor that indicates the importance of this topic for the political leadership of the state. The adoption of the Strategy should help bring the reform to its logical conclusion, which is to build a transparent judicial system in Ukraine, within which Ukrainians will feel protected and equal before the law.

The document provides for the implementation of international standards and practices in the national judicial system, facilitation of access to justice, enhancement of the independence of the judiciary, etc. However, despite having the right goals, the strategy does not contain clear mechanisms for achieving them. There are also no criteria that could indicate its successful or unsuccessful implementation. In my opinion, this is a clear shortcoming that needs to be addressed.

It must be kept in mind that the “productivity” of our legislature in the adoption of new laws does not yet indicate a significant shift towards real judicial reform. The issue of adequate funding for the judiciary remains unresolved. As the past year showed, sometimes courts did not even have money for office supplies and mailing, let alone decent pay for staff.

As a practicing lawyer, I can say that the blocked procedure for selecting judges is currently one of the main problems that exist in the judicial system of Ukraine. At present, some courts of first instance lack about 40% of the required number of judges. This lack leads to delays in the consideration of cases and violation of the basic principle of administration of justice – reasonable time. Among the main problems of the judicial system, the President-approved Strategy also identifies the excessive burden on judges in courts of all instances. Despite the authorities’ awareness of this problem, unfortunately, it is not yet clear how the head of state and lawmakers are going to overcome the lack of qualified personnel with the necessary level of knowledge and experience, and whether this urgent problem will be solved within another judicial reform in Ukraine. 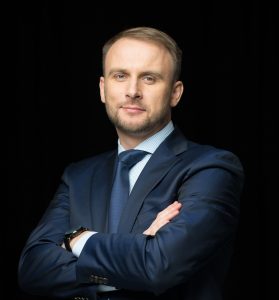 I welcome the “reboot” of the High Council of Justice. In addition, another important document was adopted – the law on the re-establishment of the High Qualification Commission of Judges of Ukraine. These are steps long-awaited by the entire professional community. The country needs the continuation of judicial reform because this is an important marker for any government and reflects its readiness for real and qualitative change, without which the development of any area of ​​our lives is impossible.

The re-establishment of the High Qualification Commission of Judges of Ukraine and the “reboot” of the High Council of Justice are important. This will allow filling the judiciary ranks throughout Ukraine and thus driving from the dead-lock the consideration of cases pending due to lack of staff.

There are many hopes for the involvement of international experts who should add impartiality and transparency to the processes that have usually taken place behind the scenes in our country. Having exhausted the trust within the system, we are forced to rely on the authority and integrity of external advisers. And I’m sure it will produce a positive effect.

Of course, speaking of judicial reform, we want to believe that unforeseen circumstances (so-called technical amendments, the President’s veto, etc.) will not appear on this path as they may bring back uncertainty and put everything on pause.

It is very difficult to talk about cons, because we are at a point where (I want to believe) nothing could be worse. When the right to judicial protection is in its most unprotected form, the consideration of cases is suspended or takes place with a systematic delay (and not through the fault of the parties to the process).

It is important to realise that all the problems of the judiciary cannot be solved by bills. There is a layer of problem of trust in the judiciary. And this problem requires a comprehensive approach to its solution: legislative regulation, organisation, and conduct of competent and professional selection (not only given the professional qualities of candidates, but also taking into account their personal characteristics, integrity, etc.), better quality of judges’ work.

Judicial reform by Zelensky gives quite controversial impressions. To date, the President has signed decree “On the Strategy for the Development of the Judiciary and Constitutional Justice for 2021-2023”.  The Strategy does not contain specific tasks and goals but reflects fairly general plans to change/improve and introduce certain institutions in the judiciary. The task of specifying the tasks is entrusted to the Commission for Legal Reform.

A positive aspect is further digitalisation of the trial. However, the plans for a new court map and reorganisation of local courts and proposals to create one court of appeal per region to consider all categories of cases (including administrative and commercial) set out in the Strategy raise questions. In fact, these suggestions mean reducing the number of courts. At the same time, the Strategy envisages resolving the issue of cases overload on judges and personnel shortage. All together does not yet provide an answer as to how these ideas should work together.

Regarding the formation of the High Qualification Commission of Judges, these issues are also very unspecific. In addition, the Strategy proposes to address the issue of subordination of the High Qualification Commission of Judges of Ukraine (HQJC) to the High Council of Justice (HCJ) as a body for selection and career of judges. However, this intention contradicts the legislative status of these bodies as independent of each other and negates all efforts to restart and form a bona fide HQCJ if it is not an independent body.

In general, there is a tendency and plans to expand the powers of the HCJ on the possibility in certain cases to appoint court chairs, coordinate budget requests for court funding, recall judges from resignation, create an autonomous personnel and disciplinary body/bodies, etc. This is seen as an attempt to maintain influence over the judiciary outside the HQCJ, which is now the focus of both Ukraine and our international partners because the key issue in Ukraine is still the issue of judges’ personalities.

As for presidential bills, for example, the bill on the liquidation of the Kyiv District Administrative Court No. 5369 of 13 April 2021 is in fact a political document that is not consistent either with the current Law of Ukraine “On the Judiciary and the Status of Judges,” which contains an exhaustive list of grounds for liquidation of a court, or the Strategy, which provides for the reform of the courts of first instance, reasoning it only by general concepts of shortcomings and problems and staffing of courts which does not correspond to the provisions of the Constitution and the same relevant Law of Ukraine “On Judiciary and Status of Judges.”

Regarding the “reboot” of the HQJC, the mentioned draft Law of Ukraine “On Amendments to the Law of Ukraine ‘On Judiciary and Status of Judges’ and Certain Laws of Ukraine Concerning Re-establishment of High Qualification Commission of Judges of Ukraine” with proposals and amendments of the President was passed on 13 July. However, it does not stipulate the responsibility of the competition commission of the HQCJ, except for reputational. As for international experts, the priority of the vote of two experts over that of one member of the competition commission is prescribed. It is difficult to assess whether it is correct from the perspective of Constitution but it should be noted that international experts do not appoint candidates, they are only part of the body that recommends candidates to actors who submit candidacies for approval. However, the HCQJ selection procedure is well prescribed on the whole.

What needs to be done? To review the issues of the court system based not on the fact that one or another court has an indicator of “notorious,” “rigged” cases, but on performance, number, and volume of cases statistically. A focus should be laid on the correct conditions and mechanism of selection of judges, participation of international experts in selection. Moreover, “reserve” influence in the form of Ministry of Justice’s involvement in proposing candidates to the competition commissions of judicial self-government bodies in case of non-compliance with deadlines for nominations by certain actors and the intention to subordinate the High Qualification Commission of Judges to the High Council of Justice should be abandoned.