Rome Statute and Ukraine: Do We Need Ratification?

From the law theory view, it seems that Ukraine’s accession to the Rome Statute limits our sovereignty by no means because a national criminal law has priority in comparison with international criminal law. However, the United Nations established the International Criminal Court (ICC), which is a court of treaties. Moreover, it can be involved only when national judicial or law enforcement agencies are unable or unwilling to prosecute some individuals. The IСС is responsible for dealing with crimes such as genocide, violations against humanity, war crimes and aggression. But, not everything is so easy as there are some substantial details.

Shameful details about the country-aggressor

The crimes that Russia is suspected of are aggression and terrorism. Unfortunately, ICC cannot investigate them. The definition of “aggression” was implemented into the Rome Statute only in July 2018. Since the law has no retroactive force, the Court can investigate just the crimes committed after this date. As for terrorism-related cases, the ICC jurisdiction does not extend to them at all as the Rome Statute does not contain such a notion.

The Rome Statute does not consider the destruction of a civilian object without direct intent of a war crime. For example, the case of the downed Boeing flight MN-17 in the Donbas, is not a war crime in the view of the Rome Statute. Also, according to it, a person is released from liability if he was not aware of the legality of his leadership orders or did not know that he was involved in interstate military conflict. That is why the term “civil war” is used instead of “war with Russia” today.

Furthermore, the Rome Statute stipulations conflict with the general one of the Criminal Code of Ukraine. The main argument used by supporters of the Rome Statute ratification is the possibility of prosecuting separatists in Crimea and Donbas. However, as it is known, Russia has not ratified the Rome Statute. That means that the ICC cannot conduct an investigation in Russia without the Russian Federation’s consent. It also cannot bring to justice Russian citizens since the Statute does not provide for a conviction in absentia, and the Russian Federation will never extradite its citizens by the court decision. That is, Russia can and will ignore the IСС.

One should understand Ukraine itself has the opportunity to bring to justice anyone who has committed a crime under national law. Therefore, there is no doubt that the consideration of crimes committed in Ukraine by the ICC will show Ukraine’s inability to solve its internal problems and negatively affect the country’s image. Besides, it is doubtful that the ICC, which has passed only three sentences during 17 years, will speed up in the coming years.

How efficient is the ICC? Let’s apply the facts. Kenyan President Uhuru Kenyatta, who is accused of killing more than 2,500 people, has been on trial for more than six years. During the investigation, he won the presidential election again. And, in 2014, all the charges were dropped due to the weakness of the Court prosecutors’ position.

For more than 10 years, the ICC has prosecuted Sudanese President Omar al-Bashir for crimes in Darfur province, where more than 300,000 people were killed. All this time, al-Bashir traveled around the world and was also re-elected for the new presidential term. Meantime, the ICC did nothing to arrest the Sudanese president, and he never fell into the hands of the Court.

The Court case against the President of Côte d’Ivoire Laurent Gbagbo, who was accused of crimes against humanity, was also resonant. In 2011, he was even captured and handed over to the Court. But in 2019, the Court fully acquitted Gbagbo without considering the case on the merits due to the weakness of the Court prosecutors’ position.

In 2012, the ICC acquitted Mathieu Ngujolo Chiu from the Democratic Republic of the Congo, who was charged with war crimes and crimes against humanity. The reason for the acquittal was the weakness of the accusation.

By the way, the media accused prosecutors of bias and publication of top-secret information about witnesses, which put them in mortal danger. The ICC was also discredited by the fact that half of its judges were at law with it. The reason was the attempts to increase their salaries, which amounts to approximately 200,000 euros per annum.

Today, the trust level in the ICC is the lowest for all years. The United States, India, China, and Israel have formally refused to comply with the Rome Statute. The above states believe that such acceptance could harm their interests and sovereignty. 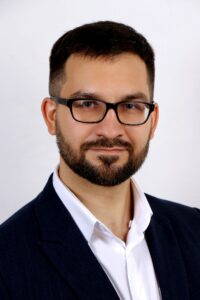 Therefore, I emphasize that the Ukrainian criminal law jurisdiction extends to war crimes. And the state can independently prosecute and prosecute suspects – citizens of other countries – based on the Geneva Conventions on War Victims Protection.

And we can prosecute the perpetrators of the following articles in the Criminal Code of Ukraine: premeditated murder, premeditated severe bodily harm, sabotage, terrorism,  violence against the population in the area of hostilities, etc. Surely,  just in case there are the signs of a crime. Besides, we have to remember that the stipulations of many international agreements on hostilities, in particular, Geneva Conventions on War Victims Protection, are an integral part of Ukrainian law.

Thus, the ratification of the Rome Statute is a purely political issue because Ukraine has made commitments, which are part of the Association Agreement with the EU.