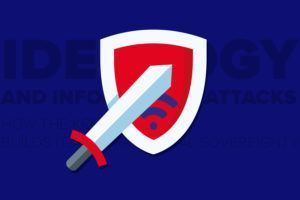 The Digital Curtain of Russia

With the invention, and then the rapid development of the Internet, difficult times arrived for totalitarian regimes. After all, many protests and revolutions in the past 20 years would not have happened, and several dictators would still be sitting in their seats, if not by the power of the World Wide Web. Today, a protest can be organized in a few hours with the help of a messenger or a message on Facebook – so, for sure, the most famous dictators of the world are doing everything to isolate their people from this misfortune.

Not an exception is the Russian dictatorship …

What does a scandalous bill mean?

In a nutshell, the document suggests the introduction of compulsory traffic routing. It is about transferring to state-control the points of traffic exchange and cross-border points of traffic transition, as well as creating pre-filtering systems with deep analysis equipment (DPI) – in other words, all the data coming to Russians will be pre-checked. Under some criteria which lawmakers refrain from mentioning, but knowing the authoritarian practices of Russian authorities, talks from experts circulate under the obvious introduction of censorship.

The supervisory functions, according to the authors of the draft bill, will be passed to the famous Rosselkhoznadzor. Thus, at any moment, by the decision of this body (or by the decision of the government – as offered alternatively), it will be possible to block access for Russian users of any foreign resource. In case of a real need, Russian high-ranking officials will be able to fully cut off Russians from the outside world, leaving them alone and loyal to the authorities of Russian media. After all, the image of a hostile West is always at hand.

Also, the authors propose to limit the scope of accessible information on Russians abroad and to identify transborder lines and points of exchange of traffic. And of course – increase the ability to track its sources. In other words, the Russian state machine receives total control over the Runet network with the ability to block unwanted resources, businesses, or social networks. None of the activities online will stay anonymous. Communication operators overwhelmingly criticized the bill. And that’s predictable, as their spendings on the ideas of the authorities will cost up to 100 billion rubles. So, the Internet is likely to rise in price, and its quality will decrease. The implementation of the autonomous Runet idea will slow down data transmission and cause network interruptions, as the load on the national network will increase.

Persecution of the dissidents

The threat of establishing solid control in the network sphere has not left the socially active and oppositional Russian citizens. Last weekend, on the 10th of March, Moscow, St. Petersburg, and Khabarovsk protested against the initiative of the Russian authorities. The activists crowded the door of the office of the Rosselkhonadzor with posters “Here the Russian Internet is being killed”. At a sanctioned rally in Moscow, 13 people were detained. In Khabarovsk, it passed without excesses.

“The restrictions on the Internet introduced by our so-called MPs concern everyone. The Internet is great because it allows to share information, do business, communicate.  The law our deputies adopted in the first reading allows them to do whatever they want with it. They left for themselves wide opportunities for manipulation that in the best case, they can just glom the budget, and in the worst case, there will be another North Korea”, – stated Radio Liberty, one of the organizers of the protest in Moscow Alexander Isavnin.

He sees through the illusion and understands the real motives of the authorities: “Our state drew attention to the fact that the Internet is used for the free exchange of information, including the opposition forces, and therefore our authorities want to control it. At the head of our state are a former KGB agent and his friends. They believe that since the time they acted in massive listening, censorship, and persecution of dissidents in Germany and Russia, nothing has changed”.

The idea of Internet isolation is far from new. So, in communal China from 2003, the so-called “Golden Shield” doctrine has been introduced and is ongoing. It is a total filter system of arriving data. No unwanted information will arrive at the monitor and thus no unwanted information will arrive in the head of the user – the average Chinese. A similar system is used by Myanmar and Cuba.

But this is not so bad if you look at North Korea’s access to the Internet with just over a thousand IP addresses, that are of the organizations with special permission granted by the government. For all others, the Internet is an unidentified integer.

“Disconnection from the internet is not in Russians’ interest. In general, there are two ways of development of the internet – open, with access to everyone or it will evolve into what Russians and Chinese want it to be – “islands of internets”. If it goes through, there will not be one internet as it is today but many internets that might or might not interact with each other. This way, Russians will be able to control and block information from other states.

Russians have the ability to disconnect. There will be economic costs to it though as the internet is part of the economy” – says Bruno Lete, an expert of the German Marshall Fund during an interview with Promote Ukraine.

The issue of creating its own Internet in Russia has long been lobbied by software makers close to the Russian authorities. Thus, in 2013, simultaneously with the publication of the “doctrine of Gerasimov”, revealing about the information operations as part of military operations, Igor Ashmanov, a security expert close to the ruling elite, stressed the need to strengthen the “information sovereignty” of Russia more actively.

As Ashmanov explains, the purpose of today’s law is to ensure the ability to stay online, if America, for example, decides to turn off the Internet for Russia.  While at the same time, he believes that such a cut off from America would be an act of military aggression. This Law is “an answer to the adoption of the National Cybersecurity Strategy of the United States”, which was considered by Russia to be extremely hostile.

Moreover, Ashmanov believes that information or “digital sovereignty” should be within the competence of the Ministry of Defense, (and not Rosselkhoznadzor) of the ministry, one of whose leaders is Valery Gerasimov.

It should be noted that Igor Ashmanov and his wife Natalia Kaspersky cover around 50 percent of the Russian markets in the sphere of corporate data protection. They both participate in the information security working groups of the Kremlin’s digital economy program. So they have all the available influence. However, no lobbyists would be able to push a similar bill if he did not play into the hands of Putin and his desire to limit the amount of dissent in society.