Sheremet’s case: a demand for truth against a political order

Several months have passed since the resonance briefing held on 12 December 2019 at the Ministry of Interior of Ukraine, attended by the ministry’s leadership, the heads of the National Police, the Prosecutor General’s Office, and President Volodymyr Zelensky himself. In such an unusual manner, an announcement was made about a breakthrough in a high-profile case that seemed to have reached a deadlock. The announcement reported the arrest of the “alleged executors” of the attempted murder of Pavlo Sheremet, a journalist who died on 20 July 2016 in a car crash in downtown Kyiv.

Three and a half years have passed since Sheremet’s death, and despite all the authorities’ promises to “take personal control” of the case, there had been no result. The crime itself is quite exceptional. Unofficially, it was believed that the well-known Belarusian journalist, who worked in Moscow and later moved to Kyiv, was killed by the Russian special services in an act of revenge. Sheremet was killed in a car belonging to Aliona Prytula, the head of the Ukrainian Pravda website. In recent years, Sheremet and Prytula had been living in a civil marriage.

The December briefing at the Ministry of Interior became a real information explosion. Numerous pieces of evidence allegedly confirming the involvement of volunteers, servicemen, and veterans in Sheremet’s murder were shown to the public and the president. Yulia Kuzmenko, a pediatric cardiac surgeon and volunteer, Yana Dugar, a military doctor from the 25th Airborne Brigade, and Andrij Antonenko, a musician and sergeant in the Armed Forces of Ukraine were arrested. Vladyslav and Inna Gryshchenko, who were earlier detained in another case related to an assassination attempt on an entrepreneur, were also believed to be involved. The Gryshchenkos also participated in military activities in the east, and Vladyslav is a military expert on explosive devices. Another suspect is veteran Ivan Vakulenko, who committed suicide after he was summoned to testify in the Sheremet case.

The political circumstances of the Ministry of Interior’s high-profile public relations campaign also called into question the success of the National Police investigators. Arsen Avakov has been in charge of the ministry since February 2014 and was included in Andrij Honcharuk’s government subject to one condition: being the only representative of the old political elite in the new team, he had to prove his effectiveness, and his probation, given by the president, lasted until the new year. At the same time, Volodymyr Zelensky himself finished the year on a positive note, demonstrating better results than the previous government. The interests of the president and the head of the Ministry of Interior coincided, and this prompted Zelensky to take the dubious step of participating in the police’s presentation of developments in the Sheremet case. Thus, the president supported the accusation with his personal presence, which, of course, is absolutely unacceptable both legally and ethically.

Now two months later, the irrelevance of the president’s actions is becoming even more apparent. At the briefing, the heads of the National Police and Ministry of Interior repeatedly stated that the evidence released was only a small part of the testimony suggesting the existence of an organization aimed at “destabilizing the country by killing a well-known person”. They also asserted that there was much more evidence which could not be disclosed so as not to impede the investigation. Lately, at court hearings the prosecution seemed extremely unconvincing.

Among the most obvious contradictions is a video recording the persons who planted the explosive device under Prytula-Sheremet’s car. According to investigators, these were Yana Dugar and Andrij Antonenko. However, the difference in height between Antonenko and the man on the record is approximately ten centimetres. Furthermore, Dugar passed a polygraph test which indicated her non-involvement. A woman who took photos of cameras near Sheremet and Prytula’s residence during the preparation for the assassination bears little resemblance to Yulia Kuzmenko. British expert Ivan Birch’s involvement in the identification of suspects based on the specifics of their movements resulted in more questions than answers and violated procedural requirements.

The resonant case is still confusing. It cannot be excluded that the real facts and perpetrators are mixed with those artificially implicated in the investigation because of mutual acquaintances and online data of their telephone conversations. These records do not contain direct evidence of the suspects’ involvement in the crime. Although recordings refer to the idea of “encouraging” Kyiv, by launching Grad missiles at the capital, or imitating the beating of a well-known public figure as if it were by the police, it may well be that the desire of senior management to provide a fast and politically beneficial result played backfired on the investigation.

Asked directly by an Interfax-Ukraine correspondent whether the president regrets visiting the presentation of the first results on the Sheremet investigation, Volodymyr Zelensky replied that he had no regrets: “I was very glad that we moved such a serious case forward. If this is not true, if the court decides that the charge is not substantiated enough and there is insufficient evidence, then all the officers who dealt with the case will at least apologise. They could apologise if it was just a mistake, and if there are any other special issues, then an apology is not sufficient. By the way, if there was the same case for Handziuk, I would also come. Because it’s important to me. We promised to end all these cases, to learn who are the perpetrators and the murderers. So, we have to do it.”

Of course, the president cannot fully admit his mistake, because if he did, immediate personnel changes would need to be made. Arsen Avakov’s position heavily depends on the outcome of the Sheremet case, as it was the minister’s promise to convincingly prosecute the case, and it was he who invited Zelensky to the briefing. If the case fails, an apology will not be enough, especially since each court session is accompanied by the active participation and attention of the press, which immediately airs in public all the contradictions and inconclusive theses of the accusation.

Recently, the Ministry of Interior has suggested that the Security Service of Ukraine (SSU) was somehow involved in the attempt on Sheremet. At the beginning of February, a former spokeswoman for the Dnepr-1 regiment and the Donbas battalion, Vasylisa Mazurchuk, published her correspondence with Ministry of Interior spokesman Artem Shevchenko, where Shevchenko calls Pavlo Sheremet a Russian agent and shares his opinion that the case participants became victims of SSU counterintelligence operations: “the operative investigator screwed it up” and “dragged the guys into the wetwork.” Deputy Minister of Interior Anton Gerashchenko expressly states the close connection of suspects with the SSU. It is probable that Avakov promised Zelensky such a scandalous conclusion of the investigation. In any case, this investigation is now impossible to forget.

The creation of an Interim Investigation Commission could serve as a guarantee that the investigation into the murder of Pavlo Sheremet does not turn into an intentionally ordered process. The corresponding draft resolution is registered in the Verkhovna Rada. Once already, an Interim Investigation Commission into the assassination of Katia Gandziuk succeeded in creating the necessary pressure on law enforcement and the authorities, which did not allow them to stop the investigation. The recent detentions of Igor Pavlovskyi and Oleksii Levin (Moskalenko) indicate significant progress. We want to believe that Sheremet’s case, being under public and parliamentary control, will reveal the truth, rather than merely thrusting the power struggles of Ukrainian agencies into the public spotlight. 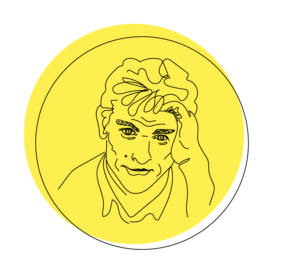 Leonid Shvets is a well-known political observer and publicist in Ukraine, the headliner of the most famous economic and political publications in Ukraine. He regularly participates in television and radio broadcasts, talk shows as a political expert. He graduated from VN Karazin Kharkiv State University (now KhNU), historian, candidate of political science.