A group of high-level acting and former officials and experts from both sides of the Atlantic signed an open letter calling the European Commission and governments of Western countries, Ukraine, Georgia and Moldova “to take immediate action to stop the Kremlin-backed Nord Stream 2 pipeline.” Among 114 signatories are ex-ambassadors of the United States, members of national parliaments of the EU and the European parliament, and Ukrainian politicians.

The authors of the letter say that the Russian government has engaged “in a litany of malign activities aimed at upending liberal democratic norms across Europe and North America.” According to them, the recent poisoning of Alexei Navalny shows that Moscow has not been deterred by Western actions. They believe that Nord Stream undermines the Transatlantic relationship and the idea of European unity, that the project is in stark contradiction to Europe’s interests and “aimed at undermining the economic and strategic security of Ukraine at the very same time that Russia is waging a hybrid war aimed at destabilising that nation.” About the recent agreement with Gazprom that guarantees gas transit for the next five years the signatories say that “there is no agreement that the Russians sign these days that is worth more than the paper upon which it is written.” They remind about the necessity to diversify energy infrastructure, “which entails stepping back from the current over-reliance on Russia-dominated routes. Nord Stream 2 would do the opposite.”

The letter also points out that projects like Nord Stream 2 are used by Putin to “enrich contractors with close ties to the Kremlin” and are also used “as vehicles for the Kremlin to capture and corrupt former Western officials.”

(The whole text can be found here).

Promote Ukraine asked several signatories – high-level Western experts and MEPs – to express their views about Nord Stream 2 and to share their opinions on whether the letter will change the situation. 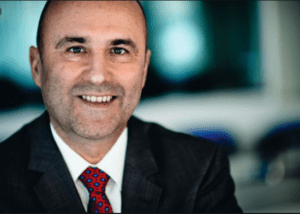 “I signed the letter because after the Navalny poisoning the debate about NS2 gathered momentum, even and especially in Germany. For the first time, Chancellor Merkel and her Foreign Minister Maas from the social democrat coalition partners, publicly threatened to withdraw support for the project which had so far been considered a purely commercial affair by them. It is important to show the broad international criticism of the pipeline: We need to stop Nord Stream: It is designed to weaken Ukraine, undermine the EU’s energy security, play member states against each other, increase Kremlin control of part of our elites and line the pockets of Putin’s cronies in Russia. More and more people are waking up to the serial and systemic character of Kremlin aggression at home and abroad.

Now, one open letter won’t stop the pipeline. In fact, the German government has been backtracking in recent weeks, and yesterday morning, the ‘Akademik Cherskiy’ pipelayer has left its port in Northeastern Germany for the first time in months in order to continue the construction. But the international protests must go on. The only way to stop the project now, is probably US sanctions that scare the NS2 investors away.” 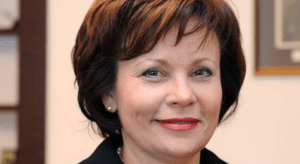 “We need to withdraw from the Nord Stream 2 project. Why? Because with the money for gas the Kremlin regime is able to develop such chemical weapons as Novichok to finance such operations as the poisoning of Alexei Navalny. The EU countries cannot be complicit. Putin is guilty of this and a series of other measures. Russian authorities cannot be trusted with the investigation. The EU must lead the initiative for an international investigation into the poisoning of Navalny and into the breach of Russia’s international commitments by using chemical weapons.”

I oppose Nord Stream 2. It has no commercial justification and is only meant to divert Russian gas transit from Ukraine. In addition, Gazprom builds unjustified pipelines at excessive prices to enrich the contractors, the Rotenberg brothers and Gennady Timchenko. It is also an attempt to break EU solidarity by offering Germany special Russian benefits through gas transit.

I signed the letter for the following reasons:

NS2 is a geopolitical project, not an economic enterprise. It can be used as a political tool for blackmailing Eastern and Central European countries. We all witnessed what Russia is capable of during, for example, the 2009 Ukrainian gas crisis. It is also harmful for the idea of European solidarity and a threat to Europe’s energy security.

It does not have much to do with business. The completion of NS2 will subordinate Western markets to politically motivated terms for gas deliveries imposed by Russia. The pipeline’s objective is not to meet Europe’s demands for energy, but rather to avoid transit through Poland or Ukraine.

I hope American sanctions help prevent the completion of this geopolitical and anti-European project. The recent poisoning of Alexei Navalny should also be a wake-up call for Germany, as Berlin’s attitude towards Moscow has long been naive, short-sighted and profit-driven.

A cancellation of the Nord Stream 2 project by the EU would not only have important practical implications for East European geopolitics. It would also be a highly symbolic act that finally the European nations are taking a stand against Russia’s multiple attacks on democratic development and international law in Europe. 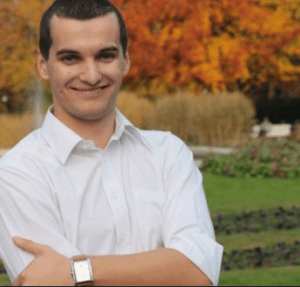 It is clear that the German government decided on Nord Stream 2 to prefer commercial interests over its own credibility with its own allies. The German government has lost much of its allied credibility with Central and Eastern Europe as it became obvious that its own narrative about “Nord Stream 2 being purely a commercial project“ is not true at all. It has many geopolitical and security implications, including raising Russian elite capture operations inside Germany. We hope that the letter will increase the public pressure on the German government to wake up and do the right thing.