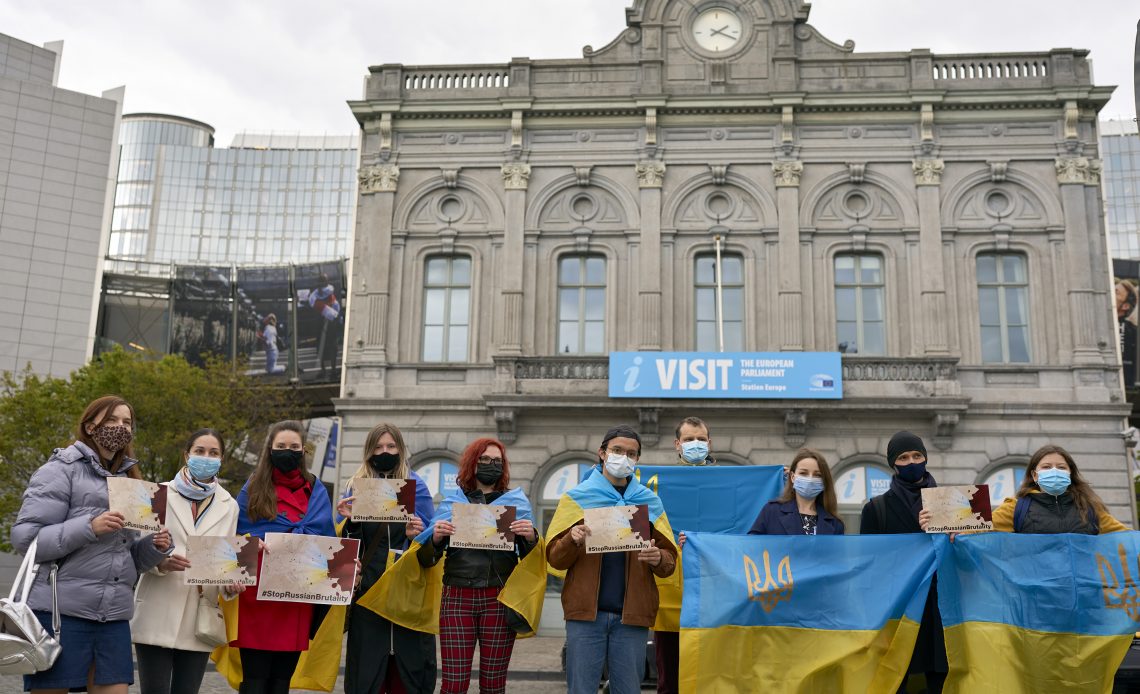 For more than seven years, the war on the Eastern border of Europe has been going on and has already claimed the lives of thousands of citizens – citizens of Ukraine who know exactly what the value of the country, freedom, culture and self-determination is.

For more than seven years, Ukrainians have been defending the whole Europe from Russian armed aggression at the cost of their own lives.

But does Europe remember it?

On February 26, the Day of Crimean resistance to the Russian occupation, we launched a large-scale #StopRussianBrutality campaign. 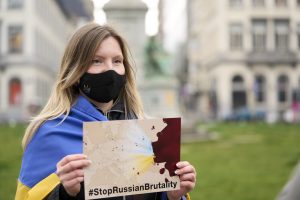 #StopRussianBrutality is a flashmob to remind the world, high-ranking officials, members of the European Parliament, PACE, OSCE, NATO and other institutions about Russia’s ongoing war against Ukraine, illegal armed occupation of Crimea, numerous human rights violations, forced relocation and repression against Ukrainians in the occupied territories.

As part of the campaign, more than 2,000 high-ranking officials across Europe received paper postcards in which Russian aggression covered Donbas with a wave of blood, surrounded occupied Crimea, and tarnished European countries. With this image, we once again remind about the ongoing war, the ongoing crimes, the ongoing violation of international law and the joint participation of each country in the fight against Russian aggression.

The initiative lasted until March 16 – the Day of the fake referendum in Crimea under the barrels of Russian guns and we managed to reach more than 2,000,000 people!

Public support for the campaign was expressed by the Permanent Representation of the Republic of Lithuania to the International Organisations in Vienna, noting that “Lithuania stands by Ukraine and will continue doing so until Russia ceases its illegal annexation & until sovereignty and territorial integrity of Ukraine is fully restored.”

Among the NGOs joining the campaign were Texty.org.ua, VoxUkraine, EuromaidanPress, the Center for Civil Liberties, Ukraine/World, the Center for Public Diplomacy, the Institute of Democratisation and Development, Prisoners Voice and the Let My Ppl Go campaign. 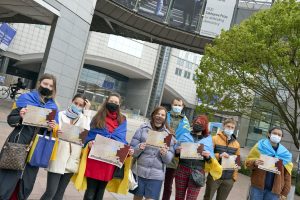 On March 16, the political correspondence was stirred by the public correspondence of MEP Sandra Kalniete with the Chairman of Majlis of Crimean Tatar People Refat Chubarov. In her letter, Ms. Kalniete expressed her strong support for the entire Crimean Tatar people and the Ukrainian state and wished them strength in the fight against Russian aggression.

From the letter of Sandra Kalniete:

“Refat, I am absolutely sure that the Ukrainian people will never give up and will not tolerate the annexation of Crimea. This cruel act will never be recognised by the Crimean Tatars who were forced to be deported for the second time over a century. You must remember that you are not alone as this act of aggression and violation of international law by the Russian regime has been condemned by the EU, the US, Canada, and other members of the international community who call for the restoration of Ukraine’s territorial integrity. Tough sanctions on Russia will remain in place until the territory is returned.”

From the letter of Refat Chubarov:

“Like you, I believe that justice, truth and international law will be able to overcome evil. There is no doubt that Ukraine’s state sovereignty over Crimea and the adjacent waters of the Black Sea and the Sea of Azov will be restored, and the Russian Federation will bear full responsibility and punishment in accordance with international law for crimes it has committed in the temporarily occupied territory of Crimea and certain areas of Donetsk and Luhansk regions.”

Thus, on the anniversary of Russia’s horrific crimes against Ukraine – occupation and referendum – the Promote Ukraine team, with the broad support of MEPs, MPs, NGOs, diplomatic missions and the public, managed to remind people about the ongoing war, ongoing killings, shelling, human rights violating and illegal imprisonment, forced relocations and repression, for which only one state is responsible – Russia.

Unfortunately, the actual end of the campaign doesn’t stop the war and occupation, so the illustration and tag #StopRussianBrutality remain relevant.

Use them the next time Russia commits another crime – either it is the shelling of Donbas, or another illegal imprisonment of Crimean Tatars, or a new cyber attack, or disinformation.

Russia’s crimes must be noticed. Russia must be punished.

Thanks to each and every one of you who supported the campaign and helped to spread it! Together we can #StopRussianBrutality!