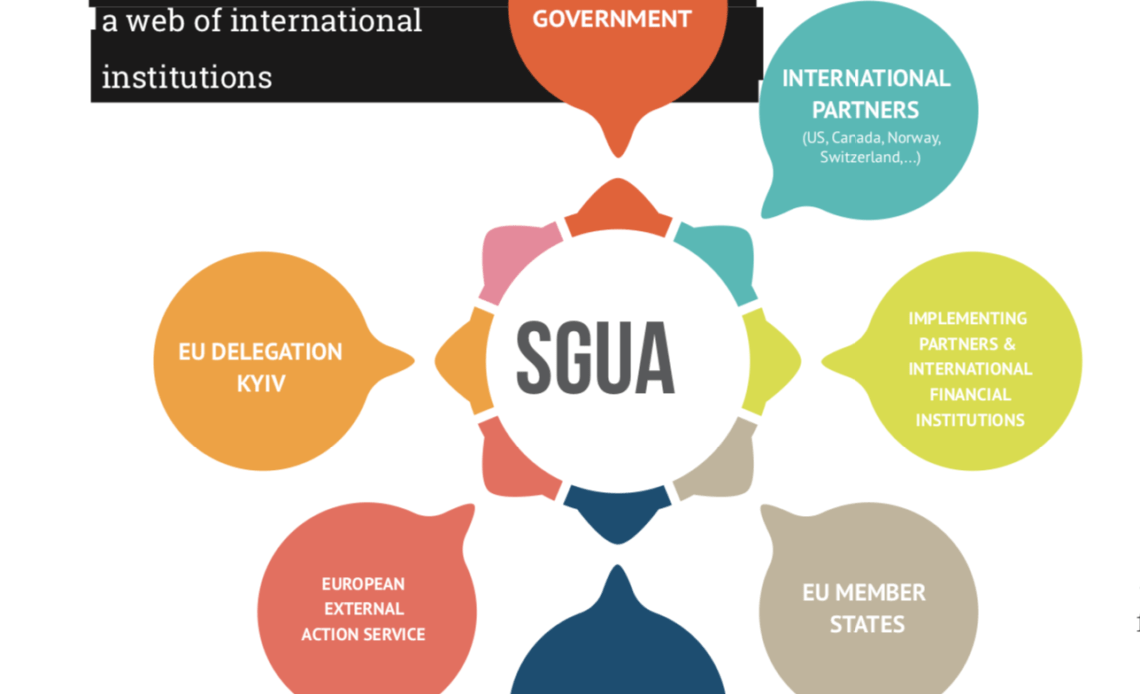 Since the illegal annexation of Crimea by Russia in March 2014, the EU and its member states have significantly stepped up support for Ukrainian political and economic reform. In the immediate aftermath of these events, the European Commission swiftly responded institutionally with the establishment of a special Task Force, which came to be known as the Support Group for Ukraine (SGUA). How can we understand this institutional innovation, and most importantly, does SGUA’s structure effectively facilitate political and economic reforms in Ukraine? This article seeks to touch upon both questions in order to demonstrate SGUA’s added value.

Positioning SGUA in a multi-institutional environment

In order to understand SGUA as an entity, it is important to situate the Task Force within the institutional setting. SGUA operates in a multi-institutional environment, both within EU institutions and in cooperation with international partners (Figure 1), with the aim of fostering reforms along the lines of the EU-Ukraine Association Agreement/Deep and Comprehensive Free Trade Area (AA/DCFTA) and broader structural reforms.

As concerns diplomatic relations with Ukraine, SGUA supports and operates in close cooperation with the European External Action Service (EEAS). Through these official channels and many expert-level exchanges, the Support Group, directly and indirectly, maintains regular contacts with Ukrainian government officials. This facilitates close and regular dialogue with Ukrainian partners to provide expertise, share information, follow up reforms, and review support.

The Support Group also designs, manages, and monitors the implementation of reform programmes[2] together with the EU Delegation in Kyiv. Given that a handful of SGUA policy officers are permanently located within the EU Delegation, the Brussels-based headquarters has direct contact with Ukrainian stakeholders to these reform programmes, including local civil society and business circles. It is the EU Delegation that organises regular meetings with these stakeholders, monitors implementation of ongoing programming, and proactively looks to Ukrainian society for priority needs that may feed into new programming and support.

Within the Commission’s internal structure, SGUA is located in Directorate-General for Neighbourhood and Enlargement Negotiations (DG NEAR). This DG, amongst others, deals with all Eastern Partnership countries, which is an important asset given best practices for shared challenges in the Eastern Partnership may be disseminated, and regional programming can be coherently coordinated.

SGUA regularly coordinates and interacts with EU member states, which, in addition to contributions for EU-funded programmes, provide additional bilateral support to Ukrainian reforms, contributing over 1.4 billion euros since 2014. This amount, however, cannot be called all-inclusive as comprehensive data on individual member states’ support is rather difficult to obtain and there is a lack of single methodology and comparative data to report on assistance amounts extended to Ukraine per donor. Many of SGUA’s programmes are implemented by member states’ development agencies and some also involve contributions of several member states, providing another strong link of cooperation between SGUA and member states. SGUA helps coordinate support and informs member states on EU programming and other topics of common interest such as strategic communication.

With regard to relations with international partners – such as the IMF, EBRD, EIB, UNDP, US, Canada, Switzerland and Norway – regular coordination meetings are held both within the DG NEAR structure, and bilaterally with SGUA on subject-related issues. This ensures that reform packages are implemented as efficiently as possible, with international financial institutions (IMF, EBRD, EIB), as well as a myriad of large and small implementing partners (UNDP, KfW,[3] Norwegian Refugee Council, etc.). Coordinating assistance between these international partners and implementers to foster reform in Ukraine is paramount in avoiding duplication and ensuring a targeted response. The EU Delegation in Kyiv is in charge of donor coordination on the ground. Pooling funds is another asset in increasing the effectiveness of reform initiatives.

In sum, SGUA can be called a catalyst of political and economic reform, as it plays a crucial role in coordinating reform efforts and initiating needs-based programming within this web of institutions.

Figure 1. SGUA within a web of international institutions 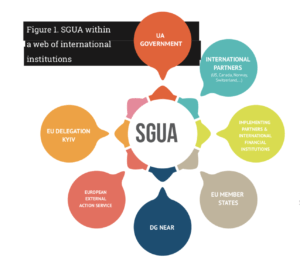 Apart from its institutional position, the Support Group has unique characteristics of its own. The first trait is SGUA’s expertise-based structure targeted at key reform areas such as Justice, Energy, and Education (Figure 2). Policy officers from line DGs (directorates-general) of the Commission, such as Economic and Financial Affairs, Home Affairs, Justice, Energy, and Climate, are united into one Task Force focused on one third country, Ukraine.

This constellation additionally results in country experts that not only are professionals in each of the relevant policy fields, but also involve their entire network of policy officers beyond the strict institutional borders of SGUA and even the Commission. The latter fact cannot be underestimated: as many SGUA members have work experience in other EU institutions, member states, and partner organisations, and therefore lines of communication are open to swiftly address the most pertinent issues by the most appropriate policy makers.

Given that many SGUA officers have their roots in Eastern European member states and Ukraine, and/or have long-term experience in policies towards this region, they have a deep understanding of required political and economic reform, political culture, and local sensitivities. Thanks to the shared past of similar fights for independence from the Soviet Union, and first-hand experience with adapting national political structures and culture to EU rules and regulations, best practice sharing is facilitated, expected obstacles are identified early-on, and credibility between partners is built. The language factor may not be underestimated, as most policy officers understand both Ukrainian and Russian, granting direct access to policy documents, media, as well as personal relations with stakeholders within Ukraine. This makes SGUA an indispensable centre of expertise.

As a Task Force rather than a classic directorate within DG NEAR, SGUA also benefits from its relatively more autonomous position and flatter hierarchy. First, it acts as a facilitator between different EU institutions and services such as the EEAS, the Council of the European Union/member states, as well as Ukrainian line ministries and implementing organisations like UNDP. Second, the more horizontal internal structure, in combination with each policy officer having a specific expertise, results in a culture of continuous sharing and coordination of policy experiences. Weekly staff meetings are moreover open to frankly discussing policy issues at hand, wherein each SGUA member actively thinks along to effectively solve problems as a joint responsibility.

Another important characteristic is SGUA’s crucial role in designing large support programmes, some of which are implemented by member states’ development agencies, to tackle institution-building and fundamental reforms such as in the rule of law sector, anti-corruption, and decentralisation. Since July 2015, SGUA manages financial support to Ukraine, backing up Ukraine’s reform programme by putting the money where their mouth is.

On average, SGUA, in close cooperation with other EU institutions, designs 200 million euros worth of Annual Action Programmes each year since 2014 on bilateral support to Ukraine.[4] In addition, committed Macro-Financial Assistance between 2014-2019 amounted to 4.4 billion euros, of which 3.3 billion have been released following the implementation of the agreed underlying reform measures. Together with international financial institutions (EIB, EBRD), EU support for Ukrainian reforms totalled a commitment of more than 15 billion euros during 2014-2019, linked to furthering reform.

A concrete example of how such support programming impacts daily lives is the decentralisation programme, which results in increased budgets of Ukrainian municipalities, enabling them to invest in improved public services towards citizens, qualitative local transport, and modern school infrastructure. This transfers the EU principle of subsidiarity towards Ukraine, wherein local communities are best placed to address local issues.

Another aspect of effective SGUA coordination with member states is its ability to react swiftly to acute crises. The EU response towards the Kerch Strait crisis, in which Russia attacked three Ukrainian vessels and continues to hinder free navigation to Ukrainian ports in the Sea of Azov (as of November 2018), is a clear example of flexible support. Thanks to an extraordinary coordination meeting with member states, convened by SGUA, as well as timely site visits of EEAS and SGUA to better understand local needs, the EU was able to accelerate and front-load existing programmes[5] together with the implementing partners to alleviate the financial hardship of citizens in Berdyansk and Mariupol ports.

Last but not least, a key characteristic of SGUA is its integrated approach towards reforms involving all EU actors on the ground. A topical example is the close coordination in planning and implementing programmes in the justice, police, and anti-corruption field with the EU Advisory Mission, which is a civilian Common Security and Defence Policy Mission, mandated to reform the civilian security sector.

This intersectoral approach to reforms is exemplified by the measures taken to strengthen civil society. By (1) supporting independent media which can signal societal and political issues, (2) building capacity of law enforcement in order to address impunity, and (3) establishing a new anti-corruption institutional framework to support the rule of law,[6]SGUA introduces sustainable reforms that reinforce each other. This triangle of judicial, media and police reform structurally strengthens civil society, transferring skills to local actors and thereby gradually eliminating the need for international support. 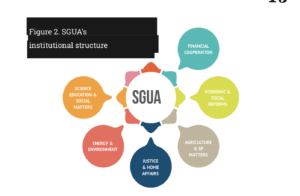 This article explained how the Support Group for Ukraine (SGUA) is positioned within a web of international and Ukrainian institutions, as well as the features of its internal institutional design. It is argued that both institutional aspects help explain how SGUA is able to effectively design political and economic reform programmes based on local needs, and improve the chances of full implementation thanks to the support of a wide spectrum of stakeholders.

In conclusion, priority setting within the framework of the Association Agreement on one hand, and regular and close cooperation on the other, ensure the continuing relevance of reform. A strict review process during programming with EU member states and the Commission’s line DGs increases the efficiency of reform. Effectiveness of reform is ensured by regularly monitoring projects, and timely adapting programming whenever unexpected challenges arise. Sustainability of reform is promoted thanks to the intersectoral approach, creating synergies between reform areas, as well as building capacity in order to prepare the local institutions to continue implementing reform after EU financial assistance is discontinued. In this way, the impact of reforms is maximised by being embedded in local ownership, bringing Ukraine closer to the EU.

Disclaimer: Information provided in this article is from open sources and the opinions expressed in this publication are those of the author. They do not purport to reflect the opinions or views of SGUA or any of its members.

[1] This project is kindly financed by KU Leuven Internal Funds.

[2] Within four priority areas: Institutions and Good Governance; Economic Development; Connectivity, Energy Efficiency & Climate; Mobility and P2P; as well as two horizontal areas: Capacity development for the implementation of the AA/DCFTA and support to Civil Society.

[4] SGUA and the EU Delegation jointly draw up Annual Action Programmes within the Association Agreement framework. Importantly, this programming is developed in close cooperation with Ukrainian partners reflecting their needs and systematically reviewed by both member states and the EU Commission to build wide support and transparency of public spending. 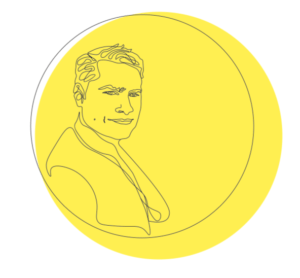