The flag of Ukraine is blue and yellow, representing the most common view of the countryside – yellow wheat and blue sky. That does not come as a surprise, since, according to a famous Ukrainian economist Lidia Hryniv, 56.6 percent of all land in Ukraine is used as arable land. In addition, Ukraine possesses a quarter of the world’s chornozem, one of the soils with the highest natural fertility. However, it is not only wheat and grain that results from the fertile ground of the country. Innovation flourishes in the favourable environment of accelerating economic growth and the modernisation-friendly political climate in Ukraine. According to IT Association, the size of IT services export brought $5 billion USD in the country in 2019 and the amount is expected to reach $8.4 billion in 2025. Since 2013, Ukraine’s IT sector has grown fiftyfold – from 0.06 percent of GDP to 3.3 percent. The contribution of the industry to the country’s GDP will increase accordingly from 3.34 percent to 4,65 percent. So how is Ukraine making waves in the tech entrepreneurship world?

The size of IT services export brought $5 billion USD in the country in 2019 and the amount is expected to reach $8.4 billion in 2025.

To grow the economy, the nature of government spending should accommodate the trends in free market supply and demand. What products and services will be most in demand in the nearest future? What industry will drive economic growth, or, to be frank, which companies will inject the most money into the economy? The answer is simple. To choose where to allocate government resources, developing countries have the luxury of following the footsteps of developed economies. Looking at the rank of Western enterprises by market capitalisation, tech companies lead the rankings as the biggest companies globally. According to the Financial Times, Apple alone is the size of the 30 biggest German companies combined. No wonder that the economy of California, where the headquarters of FAANG tech giants (Facebook, Apple, Amazon, Netflix, Google) are located, is the 5th largest economy in the world, surpassing the UK, according to Tech Times. The obvious reason for this, as outlined by the UCLA Anderson Review, is “California’s tech sector, which bolsters GDP faster than other industries, has been growing faster than the state’s other major industries.”

Some of the most famous existing unicorn start-ups founded in Ukraine include: Grammarly, the grammar-checking app; Petcube, a well-known software for pets; Ring, tech security system; and Readdle, a famous file-converter applications chain.

Startus Magazine states that in 2018, nearly $290 million was invested in Ukrainian start-ups. It is obvious that there is a demand for innovation, so there should be a supply. Government, in turn plays a crucial role by creating a comfortable economic, legal, and political environment to accelerate the supply of the services provided by the tech industry. Only in the first two and a half months of existence, the new parliament has adopted over 80 laws mostly aimed at improving the investment climate in the country. The government of Ukraine has been working on ensuring a fruitful environment for entrepreneurship by passing reforms in the areas of finance, judiciary, education, anti-corruption, and fiscal and currency laws, moving Ukraine to 71st ranking in WB 2019’s Ease of Doing Business ranking, an improvement of 81 places since 2012. As a part of the proactive fostering of foreign investment and exposure of the country, especially the Eastern regions, on the investors’ map, Ukraine held a RE:Think Investment forum under the President of Ukraine in Mariupol, Donetsk Region, in October 2019. In addition, in January 2020 the government launched the National Digital Literacy Program in order to combat digital inequality in Ukraine. The efforts of the government placed Ukraine in the top position on the EMEA list for potential investment by the Institutional Investment survey in 2019.

Ukraine moved to 71st ranking in WB 2019’s Ease of Doing Business ranking, an improvement of 81 places since 2012.

Overall, 2019 was marked by Ukraine making noise in the world tech ecosystem. One of the most resonating events of the past year happened in December, when the government set up the Ukrainian Start-up Fund (USF), with $17 million pledged to support local entrepreneurs, defining the pattern of start-up culture development in Ukraine in 2020. On 25 January 2020 the USF held its first selection of start-ups that competed for grants that took place in Kyiv’s UNIT.City, the first Ukrainian innovation park. Out of 900 applications submitted, 12 start-ups were chosen as finalists. Some of the most famous existing unicorn start-ups founded in Ukraine include: Grammarly, the grammar-checking app; Petcube, a well-known software for pets; Ring, tech security system; and Readdle, a famous file-converter applications chain.Apart from the Ukrainian born and raised tech companies, more and more foreign enterprises choose Ukraine as its fertile ground. According to Forbes, Ukraine’s IT specialists took part in developing Ford’s in-car infotainment systems, Reuters’ award-winning photography app, Nokia’s customer retail experience, and Deutsche Bank’s Risk Management System. Ukraine’s thriving tech industry attracts a variety of global companies to run their Research and Development centers in the country, reaching the count of over 110 centres. According to Outsourcing Journal, Ukraine is ranked the first outsourcing market in Eastern Europe. Some of the most famous companies to run their R&D in Ukraine are Apple, Samsung Electronics, Microsoft, Magento, NetCracker, IBM, Aricent, Siemens, Skype, Oracle, and War Gaming. In January 2020, the tech journal AIN.ua announced that Google, the U.S. tech giant, is launching its R&D center in Kyiv. According to UkraineInvest, Japanese Rakuten, an e-commerce and online retailing company that owns Viber, a messenger application, is planning to open an R&D centre in Kyiv and will expand its office in Odesa. The reason behind such Ukraine’s popularity as a hub for innovation is its cheap and highly qualified labour. A report produced by Ukraine Digital News states that 402 Ukrainian higher educational institutions produce more than 35,000 tech specialists, over 80 percent of whom speak English. The range of hourly rate for Ukrainian software developers is $25-$50, which creates a perfect price-quality ratio of the IT services provided by the country.

Some of the most famous companies to run their R&D in Ukraine are Apple, Samsung Electronics, Microsoft, Magento, NetCracker, IBM, Aricent, Siemens, Skype, Oracle, and War Gaming.

According to UNCTAD, Ukraine is ranked among the top 20 investment-friendly countries for foreign countries, and, as the report by PwC states, Ukraine is among top 25 IT service exporters. As the tech industry has developed, Ukrainian firms have worked for multiple companies with a range of experiences. Ukraine is growing to become a leading IT industry player and main outsourcing destination globally because of its flourishing tech ecosystem, as well as cheap, highly-qualified and English-speaking labour. Ukrainian IT specialists are among the most in-demand globally due to their profound expertise, especially in up-and-coming specializations such as big data, artificial intelligence, blockchain, etc. Therefore, there is no surprise that a number of globally renowned tech giants are outsourcing to Ukrainian fertile ground in search of high-quality IT services. Maybe your company can be the next to benefit from Ukraine’s nurturing innovation environment and outstanding talent. 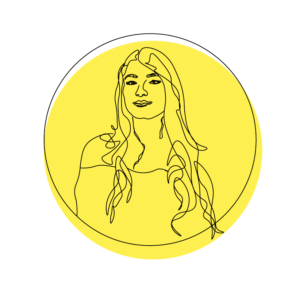