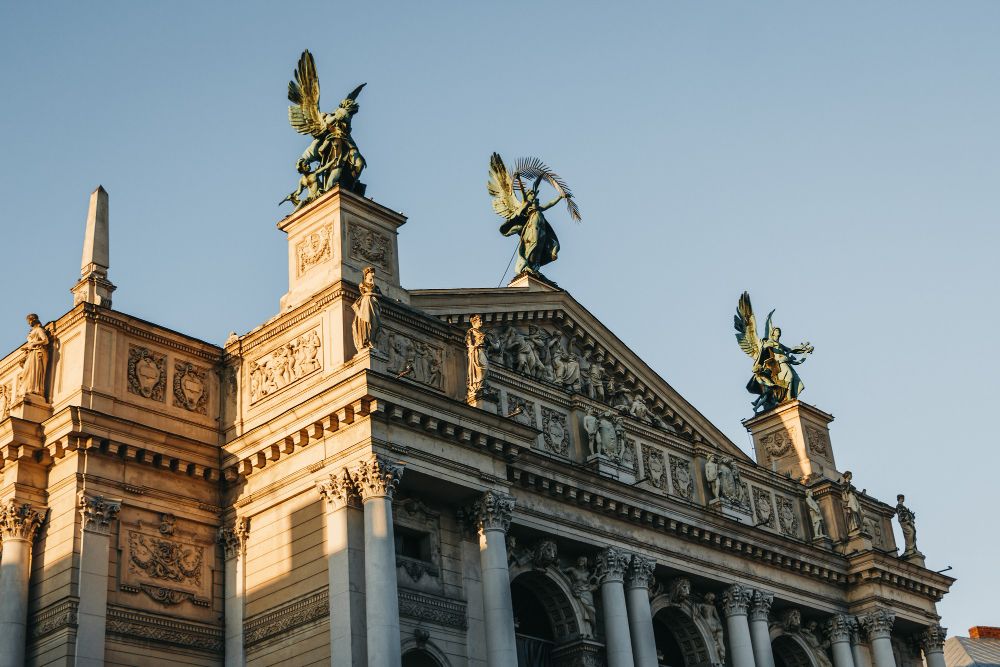 Ukrainian culture has been tested by centuries of colonialism. It was not typical, as in Great Britain or France, which were separated from the colonies by the sea and which perceived the colonised population as alien. In the case of Ukraine, we were completely absorbed by other state formations pursuing an assimilation policy. They tried to turn Ukrainians into Russians, Poles, Hungarians, and Romanians. In the Russian Empire, if you assimilated, you could reach very high positions, as in the cases of Bezborodko or Rozumovsky.

But we will not go into deep historical excursions and will focus on the recent Soviet past.

The Soviet Union was built ostensibly on the principle of internationalism and the harmonious development of all cultures and languages, but in practice this turned into Russification (a short episode of indigenisation was the exception to the rule). In addition, there was a rather cunning policy of gradual assimilation.

On the one hand, during the Soviet period, a rather powerful development of Ukrainian culture took place: the corpus of world classics was translated and published in thousands of copies, the multivolume Dictionary of the Ukrainian Language and the Ukrainian Soviet Encyclopedia were published, and a huge apparatus of cultural and educational institutions, unions, libraries and groups was developed.

On the other hand, at the all-Union level, the Ukrainian language and culture have never been equal to Russian (in Czechoslovakia, for example, Czechs spoke Czech and Slovaks Slovak on central TV channels). Everything Ukrainian was associated with the image of village and folklore. Against the background of rapid urbanisation and migration processes, cities became Russified extremely quickly.

In all colonialisms, the metropolis has a special status. The colonised perceive it as a standard, a measure of success, an example to follow, and a place of power where one can be realised. Moscow was just such a metropolis for us.

Other serious side effects of the Soviet period are censorship, the dictates of socialist realism, atheism, and the bureaucratisation of culture. A round anniversary has come up, so it is necessary to issue 80 cubic meters of cultural product (carefully checked by censors). The celebration of round anniversary in our country has long been Soviet, and in the village you can still find something similar.

The Soviet terror and repression have broken and destroyed entire generations of artists, and certain schools and traditions have been lost forever. And these white spots are a serious trauma to our culture.

The reaction to colonial attachment to the metropolis sometimes also yielded paradoxical results. Some began to look for other metropolises and become attached to them. A strong cult of Austria-Hungary arose in Lviv; people in Zakarpattia region talk about Prague and Budapest with unhealthy reverence. We will completely overcome this trauma of colonialism when Kyiv becomes the undisputed capital of all Ukrainians.

Against the background of the war, decommunisation was carried out at the toponymic level, but this is only one of the stages of decolonisation. In many cities, the main streets are named after the Russian classics, even if they have been there for a few days and have nothing to do with them. Part of our railway is still called “South-West,” although it is the south-west of the Russian Empire, which does not coincide with the south-west of Ukraine. Some still call the hryvnia a “ruble” and Russian goods “domestic.” We still have a common memosphere. Ukrainians know very well what “Witness from Fryazino” looks like. We still do not see ourselves as part of Europe. You can often hear the phrase – “that is Europe, and this is us.” The rather absurd term “European-style repair work” confirms this.

A healthy culture should have the following features:

– Self-sufficiency (this is not about isolationism, but about the lack of need to emulate someone)

– Lack of complexes (inferiority and greatness)

– Fullness (development in all genres and areas)

– Popularity (culture cannot live for itself, it must have a wide audience)

Ukrainian culture has something to work on. Recently, institutions of a new, non-Soviet model began to appear in our country according to new rules of the game, namely: the Book Institute, the Ukrainian Institute, and the Ukrainian Cultural Foundation. But, as is often the case with new institutions, there is a serious risk of being conquered by old schemes.

As with education, our culture is undergoing gradual change. We want quick change, but this is impossible when it comes to tens of millions of people, the century of colonialism, and the resistance of former metropolises. America was also once a colony, but it managed to cope with its own traumas. We will succeed as well.