Ukrainian Couriers in Russia – How to Save Victims of Human Trafficking 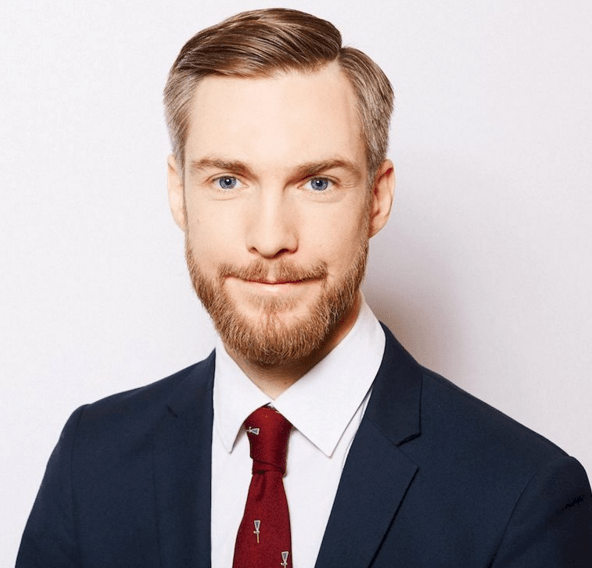 They seemed to go to Russia legally to earn a bit of money. And were enslaved by criminals. They were forced to work as drug couriers through blackmail and threats. According to the Kharkiv Human Rights Protection Group, a transnational criminal group has been operating in Ukraine, whose members fraudulently take Ukrainian citizens to Russia, at least since 2015. Russian law enforcement agencies virtually do not investigate the network’s activities. It is not the organisers who are behind bars, but the couriers who are deprived of any rights. A year ago, the Kharkiv Human Rights Protection Group, with the support of the U.S. Embassy in Ukraine, launched the Ukrainian Couriers in Russia:Countering Human Trafficking project. The Kharkiv Human Protection Rights Group spoke about its preliminary results with lawyer Dmytro Mazurkothe, the project manager.

– The project has been implemented for a year already. Have you reached your targets?

– We consider this project quite successful, despite the fact that we have not achieved everything we planned. The pandemic intervened, and some of our activities went wrong, something had to be postponed. Our biggest complaint about the quarantine is that we planned and already agreed on monthly coordination meetings with representatives of government agencies that influence the fate of victims of human trafficking. These are the National Police, the Ministry of Justice, the Prosecutor General’s Office, the Ministry of Social Policy, and the Ukrainian Parliament Commissioner for Human Rights. The agenda and regularity were already agreed upon. We managed to hold only one live meeting. And literally the next day the quarantine began. Another meeting was held online. Its results exceeded all our expectations: representatives of government agencies spoke about the work, which, as it turns out, is being done, but not in public. We agreed to take part in these activities. It turns out that amendments to legislation that may solve certain problems are being drafted.

– What are the main achievements of the project?

– First, we have conducted a huge number of consultations for victims of human trafficking and their relatives. We have provided consultations on a wide range of issues, from the procedure for transferring to Ukraine to continue serving their sentences to assistance in filing pardon applications. Another achievement is that we have tried to provide victims and their families with the tools to solve their problems on their own, without relying on a free legal aid system or a lawyer, since a victim may have or may not have a lawyer, or a lawyer may work inefficiently.

We have elaborated a set of instructions on all the major issues the victims of trafficking face. For example, this may be the application of the so-called “Savchenko law” on counting each day of pre-trial detention as two days in prison, or change in the conditions of serving a sentence to milder ones, parole. Instructions were elaborated on how to obtain victim status in criminal proceedings, what to do if law enforcement officers refuse to open proceedings. We also attached sample documents. Moreover, we agreed with all these instructions with government agencies. Employees directly involved in these processes provided their recommendations. The number of consultations on these issues has significantly decreased. This means that many people find these comprehensive instructions useful.

It should be noted that the KHPG has repeatedly reported on the details of criminal proceedings against more than 300 Ukrainian citizens who fell victim to the activities of a transnational criminal group whose members fraudulently take Ukrainian citizens to Russia. Most of them have already been convicted on drug trafficking charges in Russia and received sentences ranging from 5 to 20 years in prison. The Ministry of Justice of Russia agrees to transfer a convict to Ukraine for to serve their after the sentence is brought in line with the Criminal Code of Ukraine. However, the terms of imprisonment must exactly coincide with the terms set in Russia. The transfer is possible only after full payment of a fine which may reach UAH 200,000. However, even a transfer to Ukraine does not guarantee a quick release for such people. Most of them, despite the official status of victims of trafficking, continue to stay behind bars in the homeland.

– Have you managed to haul someone out from Russia?

– We did not represent specific people. We are now aware of 379 victims of this scam. Given that not many people are involved in our project, we could not focus on specific cases. Sometimes we provided targeted assistance by writing some applications on behalf of people. We did that in difficult situations, such as pardons, where neither a victim nor a lawyer had sufficient experience in applying for a pardon. Speaking about returning to Ukraine, we advised on the return procedure and the procedures for interacting with the Ministry of Justice and the court: what documents are needed, what should be paid attention to in order to return home. In fact, our clients dealt with the return.

– How many victims of this scam still remain in Russia?

– From about 200 to 250 people are still imprisoned in Russia. Both those behind bars in the neighbouring state and those already transferred to Ukrainian prisons should not be linked with specific trials taking place in Ukraine and Russia, as some of them have been recognised as victims, while some have not. Even a smaller percentage of those considered as victims are featured in this status in specific criminal cases that have been submitted to the court. But they all insist that they have fallen victim to this scam of recruiters. And they try to prove it.

– Is the number of those who got into this mess growing? Are people still being recruited?

– No, this number grows rather due to the fact that we find in Russian prisons Ukrainians imprisoned within this scam in 2016-2017. People, who were recruited, say, last year or the year before last, have never addressed us. Perhaps, we simply do not have enough information, but we try to find everyone.

– Ads about profitable work in Russia can still be found…

– Yes, I completely agree. Last year, I saw an ad in a fixed route taxi in Kyiv, and suspects for similar recruitment have recently been detained in Mykolayiv. But due to limited resources, we cannot get involved in this case to see who the victims were and when they were recruited in order to somehow help them. Unfortunately, such processes remain inaccessible to us.

– Do Russian law enforcement unite these cases? It is obvious that all convicts were recruited within one scam.

– They are tried as independent couriers. For the most part, each has a separate criminal case. Of course, it happens that several people are detained in a group or at about the same time. I met sentences of 10-25 people. This is the biggest number. As a rule, the cases are divided, on the contrary. Moreover, Russian law enforcement officers do not see past the end of their noses and do not investigate the very fact of recruitment, the fact that it is an element of one big system. And this is done despite the fact that Ukrainians tell who recruited them, how they were contacted, where to find them. When Ukrainian citizens file an offence report, proceedings are not initiated. They are even denied a pre-investigation review.

– The so-called “case of Khimprom” [international drug syndicate] involves many Ukrainian citizens. Do you somehow follow this case within the project?

– We monitor the case through the parents of victims. We tried to help them find fellow lawyers who would take on the case in Russia. There is a rather difficult situation with the financing of non-governmental organisations in Russia as they all are considered foreign agents there. And Russian lawyers have meager free legal aid opportunities at the expense of grant funds.

In 2017, 67 people were arrested in Russia, 47 of whom turned out to be citizens of Ukraine. They were charged with the creation of an international drug syndicate. Russian law enforcement officials claimed that Ukrainian citizens had opened a Khimprom online store, publishing information about drugs and their prices, in 2015. The criminal group recruited employees in Ukraine through ads in media.

– How do you find victims of recruiters?

– Through parents. This showed high efficiency. Ordinary psychology works. A person, who gets into difficulties, is looking for someone to ask and gather support. In Russia, convicted Ukrainians find their fellow citizens fairly quickly and try to keep together. They immediately find out the articles under which their companions in misfortune are charged. The information is sent home. Their parents keep in touch with each other and then reach us. The parents have an organisation, without a legal entity status. Each region has its conventional coordinator. Parents and convicts themselves contact these coordinators. And the coordinators have access to our common database and enter new information there.

– Has only one group of recruiters has been taken to court in Ukraine?

– Two groups already: one back in 2016, and another one has been put on trial in Mykolayiv recently.

– Well, nothing is known for sure about the second one. And how many victims were in the first case?

– Does this trial have any prospects? It has been going on for several years, everyone has got tired.