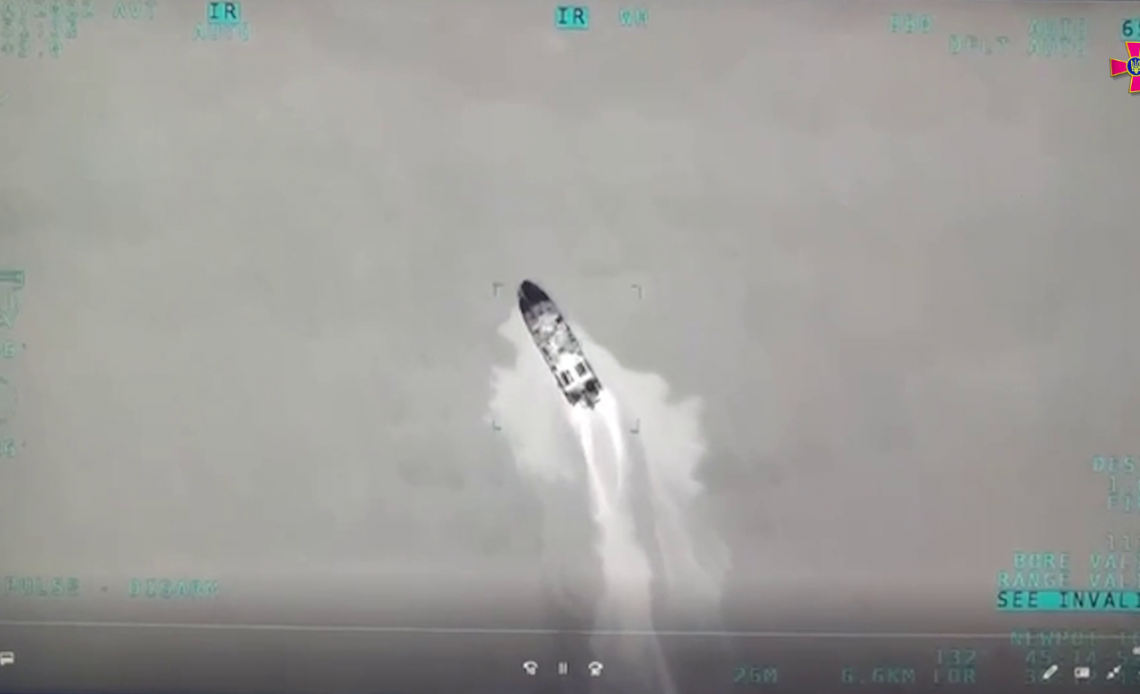 On Monday morning, 2 May, defenders of Ukraine destroyed two Russian military boats in the Black Sea, Commander-in-Chief of the Armed Forces of Ukraine Valerii Zaluzhnyi has announced on Telegram.

In the published video, all telemetry data was left uncensored, which allows accurate determination of the operation parameters of the Bayraktar TB2 strike reconnaissance drone.

According to the General Staff of the Armed Forces of Ukraine, the boats were sent to Zmiinyi Island, where the occupiers deployed their control point. On 30 April, Ukrainian troops destroyed three anti-aircraft guns on the island, as well as the Strela-10 anti-aircraft missile system and a communications vehicle. It is quite possible that the two destroyed boats were sent to Zmiinyi Island with an evacuation mission.

Meanwhile, British intelligence said that at the start of the conflict, Russia had committed more than 120 battalion tactical groups, approximately 65% of its entire ground combat strength.

It is likely that more than a quarter of these units have now been rendered combat ineffective.

“Some of Russia’s most elite units, including the VDV Airborne Forces, have suffered the highest levels of attrition. It will probably take years for Russia to reconstitute these forces,” British military experts said.