To date, Russia continues to illegally hold more than 100 Ukrainian citizens in custody for political reasons in the occupied Crimea and in the territory of the Russian Federation.

As part of the information campaign “Loyalty to oneself is not a crime,” the Ministry of Foreign Affairs of Ukraine is launchingthe project “Unbroken.” It is aimed at supporting Kremlin’s prisoners, the Ukrainians and Crimean Tatars who were illegally arrested by Russia in the temporarily occupied Crimea. A series of exclusive letters written by political prisoners in detention facilities will be published within the framework of the project. 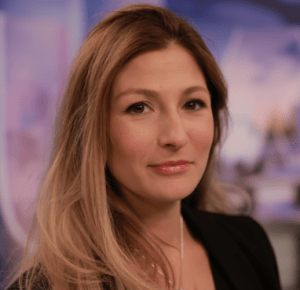 “Support for and the fastest possible release of Ukrainian political prisoners is a priority of the Foreign Ministry’s activity. We launch the #Unbroken project, dedicated to our citizens who were illegally imprisoned and who are held in Russian prisons. The task of the project is to convey the stories of the Kremlin prisoners, their experiences and thoughts, dreams and hopes, to draw attention to the systemic repressions in the occupied Crimea. The project is also aimed at making the world aware of the unbroken prisoners of the Kremlin because this is almost the only immunity from torture and inhuman treatment in prison. Publicity saves lives,” said First Deputy Minister of Foreign Affairs of Ukraine Emine Dzheppar.

The first hero of the #Unbroken project is civic journalist Osman Arifmemetov. Prior to his arrest, he streamed live searches and persecutions of Crimean Tatars in the occupied Crimea. He now faces up to 20 years in prison on trumped-up terrorism charges.

My name is Osman. I am a Crimean Tatar, a citizen of Ukraine. I have been living in Crimea since 1990. I returned to my homeland at the age of five from Uzbekistan, where my ancestors, like the entire Crimean Tatar people, were deported in 1944.

I am a teacher of mathematics and computer science by training. Until 2014, I worked as a programmer, but the company was forced to leave Crimea due to difficult political situation. Afterwards, I earned my living by giving private lessons, conducting programming classes for children. And my dear wife was raising our two young children.

It is known that the situation in Crimea has changed since 2014. The majority of the Crimean Tatar people did not support Russia’s invasion of the peninsula, not taking part in the referendum on 16 March 2014, the 2018 presidential election, boycotting the vote on amendments to the 2020 Constitution. Thus, the whole nation got run over by the political repression machine because of its political position and its own vision of what should be the path of development in their homeland. Russia acquired the image of an aggressor in the international arena, while the Crimean Tatar people proved themselves to be a civilised partner.

Since 2016, civic journalism has been my main activity. The fact is that professional journalism in Crimea disappeared as a phenomenon. Some newsrooms and journalists were forced to leave for the mainland of Ukraine. Professional journalists, who remained on the peninsula, simply left the profession because they could not work under pressure and censorship. All that remains are the federal, pro-government media which work as propagandists and do not provide an impartial picture of what is happening.

Crimea has actually become an information ghetto where the work of professional media is very complex and dangerous. However, the demand for information still exists, and someone has to talk about repression and persecution. In such conditions, civic journalism emerged. People, who had never had anything to do with the media, took phones, tablets and began shooting and sharing on the Internet what was happening on the peninsula. Very quickly, they became almost the only source of truthful information from the captured Crimea.

In 2017, I managed to shoot on my smartphone the moment when FSB [Russia’s Federal Security Service] officers abducted activist Bilial Adilov. In a matter of days, tens of thousands of people watched the video about the abduction on the Internet. When shooting recurrent raids on the house of my compatriots, I was detained and arrested for five days. My tablet used for shooting was seized and sent for examination. Together with journalists Tymur Ibrahimov and human rights activist Riza Izetov, I had to visit the basement of the building of the Centre for Countering Extremism.

In March 2019, the most massive arrests of activists, human rights defenders, and journalists of the Crimean Solidarity non-governmental association took place. Twenty-five people were detained, including me. At that time, my son was one and a half years old, and my daughter was three and a half years old.

After I had been detained, I was taken to the forest, where I was beaten senseless.

We face up to 20 years in prison, and four activists may be given life sentences. We regard our detention as politically motivated persecution. We oppose the charges brought against us. We plead not guilty, the more so we plead not guilty of terrorist activity, and we consider these charges unacceptable. Throughout the history of the struggle for their rights, the Crimean Tatar people have not resorted to violence. Proof of this is the history of the national movement in places of exile. There have been no terrorist attacks or terrorists in Crimea for 30 years. Islam and terrorism have nothing in common. Islam opposes terrorism.

I harbour no illusions. I understand that no one need to rely on justice in Russian courts. Our release is linked with the political will of the first persons of the state.

It is important for you to know that we will continue to fight non-violently for our rights. We are not terrorists.

It is important for you to know about those who continue to be active in Crimea. They need your support.

I believe that your assistance will help us stop repressions in Crimea and release all Kremlin’s prisoners.

I fight for the prosperity of our society, for justice.

I dream of returning to my family, hugging relatives and friends.

I dream of seeing a free Crimea, an end to repressions, when we will be able to change our common future for the better together.