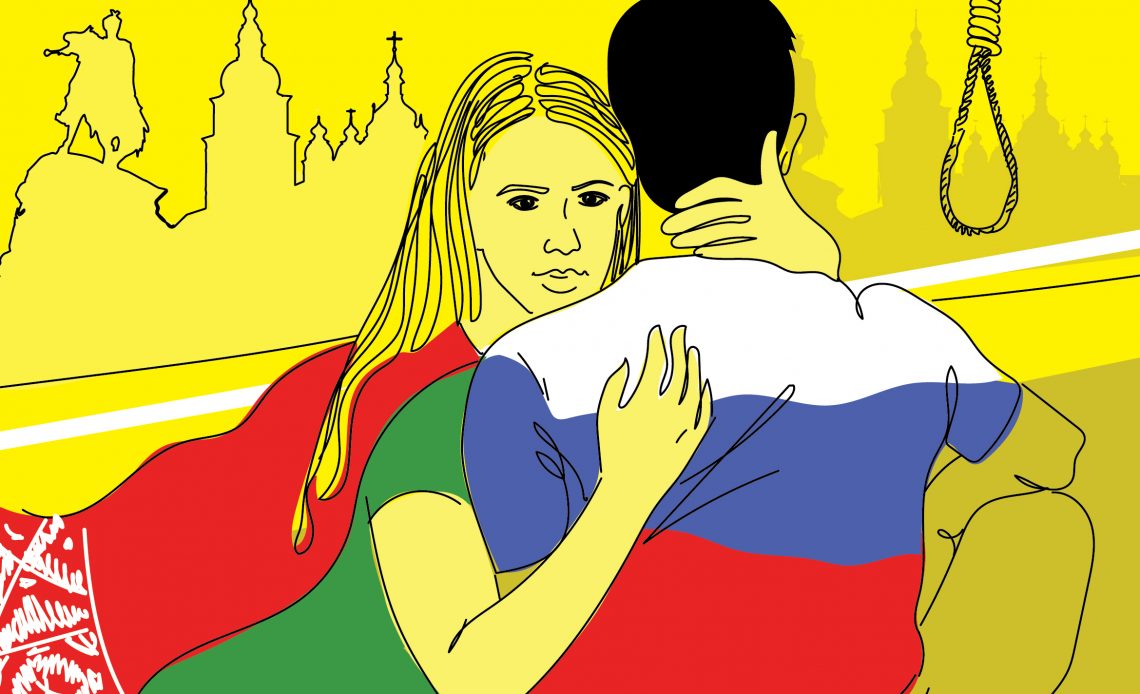 Being a neighbour of Belarus today is almost as dangerous as being a neighbour of Russia. The death of the Head of the Belarusian House in Ukraine, Vitaly Shishov, in Kyiv startled many. Vitaly was found hanged in one of the parks of the Ukrainian capital. According to his relatives, it could have been an imitation of suicide. In fact, it was a show execution and an act of intimidation for all Belarusian political emigrants. “Today, it is Kyiv. Tomorrow, it may be Vilnius or Warsaw,” wrote the Polityka Polish weekly journalist Jagienka Wilczak on the second day after the death of Vitaly Shishov. Many Belarusian oppositionists now live not only in Ukraine but also in Poland and Lithuania. If the Belarusian KGB does not stop hunting for enemies of the regime, political exiles in one of the EU neighbouring countries could be the next targets.

While the murder of Vitaly Shishov came as a shock, especially to Eastern Europe, the essence of the Belarusian regime was revealed to the rest of the world during the Tokyo Olympics. An attempt was made to forcibly take athlete Kristina Timanovskaya to Minsk after she dared to criticise the coaches on her Instagram page. The athlete managed to report that she was in danger and thus escaped. The governments of the Czech Republic and Poland immediately offered Timanovskaya help. She took advantage of the latter’s offer and flew from Tokyo to Warsaw. In the future, Timanovskaya will obviously seek political asylum. This scandal is sure to entail certain consequences. Over the past year, the country has found itself not only in diplomatic or economic isolation. This year, Belarus has been deprived of the right to host two world championships: hockey (by the way, Lukashenka’s favourite sport) and race walking. The country had no representatives at the last Eurovision. The reason is the same: the dictatorial regime of Lukashenka.

After last year’s presidential election, in which a majority of citizens voted for Sviatlana Tsikhanouskaya, the regime resorted to unprecedented repression of national and transnational scale. According to the Viasna Belarusian human rights centre, there are 603 political prisoners now in the country, the largest number in the post-Soviet space. From the outskirts of Russia having active foreign policy relations solely with China and Venezuela, Belarus has turned into a real pariah country. The whole world made sure of that after the Belarusian Air Force ordered a Ryanair Sun (a subsidiary of Ryanair) plane to land en route from Athens to Vilnius on 23 May. The purpose of this aviation piracy act was the arrest of two Belarusian oppositionists – Raman Pratasevich and Sofia Sapega. Official Minsk was slammed for violating international law.

Such circumstances are very favourable for Moscow, which wants to cut Belarus off from the world and “attach” its territory to itself. So, maybe it was Putin who pushed Lukashenka to kidnap Pratasevich? On 5 August, CNN published a video of a possible new detention camp for dissidents being built near Minsk.

Lukashenka, who terrorises the opposition and even resorts to aviation piracy, is also tied down to Moscow. It’s not just about financial support (last year Moscow allocated $500 million in aid to Belarus). During last year’s political crisis, Moscow was ready to send its riot police to support the Belarusian punitive authorities, and journalists from Russian propaganda channels were sent to Minsk to reinforce local media outlets as some reporters refused to serve the regime. The price of such assistance is a “short leash” for Lukashenka, who is actually incorporating his country into the Russian Federation, even though the Republic of Belarus de jure remains a sovereign state for the time being. Recently, the Belarusian dictator said he was ready to deploy new Russian military bases in his territory. The implementation of such a plan will mean a direct threat to Ukraine, Lithuania, Poland, and NATO as a whole.

Moscow’s patronage of Lukashenka means that it is largely responsible for plane hijacking, reprisals, and the migration crisis in Lithuania as Minsk would not have dared to take such action without the Kremlin’s approval. The meaning of Belarus for Putin is clearly explained in his recent address to the Federal Assembly: “One can have any point of view on the policy of the President of Belarus. But the practice of organising coups, plotting political assassinations, including of high-ranking officials – well, that’s too much, all the boundaries were overstepped.” The Russian president publicly voiced the Belarusian dictator’s version of the assassination attempt being prepared against him by Western intelligence services. In this way, he raised the stakes in the game and made it clear that he would defend the Belarusian regime.

Putin still needs Belarus as a kind of “success story.” He wants to keep the last former Soviet republic on the European continent completely loyal to Moscow. This is an important element in nurturing the imperial myth: they allegedly kept Belarus in their zone of influence, did not let “Americans” destroy it, so there is reason to cherish further “collection of lands.” The Lukashenka regime is the last bastion of Putin’s foreign policy, in which any attempts of “colour revolutions,” i.e., democratisation, are suppressed.

Belarus is a potential springboard for Russian aggression against Ukraine. Until recently, Lukashenka tried to maintain a balanced and moderate policy towards Kyiv, changing it dramatically after the 2020 elections. On 5 August, the Belarusian dictator explicitly stated that Ukraine was pursuing a policy of confrontation and posed a threat. We have yet to find out what these statements will be embodied in. However, if we add to them the already mentioned words of Lukashenka about the possible deployment of Russian bases, we can assume that it is the contingent of the Russian armed forces that will later become “protection from the Ukrainian threat.” In fact, this will mean a greater build-up of Russian troops near our borders. Belarusian special services may carry out a series of intimidation actions against political migrants in Ukraine. Provocations at the border are possible, similar to those currently being committed against Lithuania. Given the incident with Ukrainian Pavlo Hryb, who was abducted by Russian special services from Belarus in 2017, we can assume that any Ukrainian citizen crossing the northern border today can be held hostage by the Lukashenka (Putin) regime.

The international community should understand the close alliance between Russia and its proxy force, Belarus. The policy of deterring countries that defiantly violate international law (from annexation of territories to aviation piracy) has to be directed both against Russia and its satellites. Otherwise, it will be ineffective.