Why Are Ukrainian Employers ‘Prone’ to Ageism? 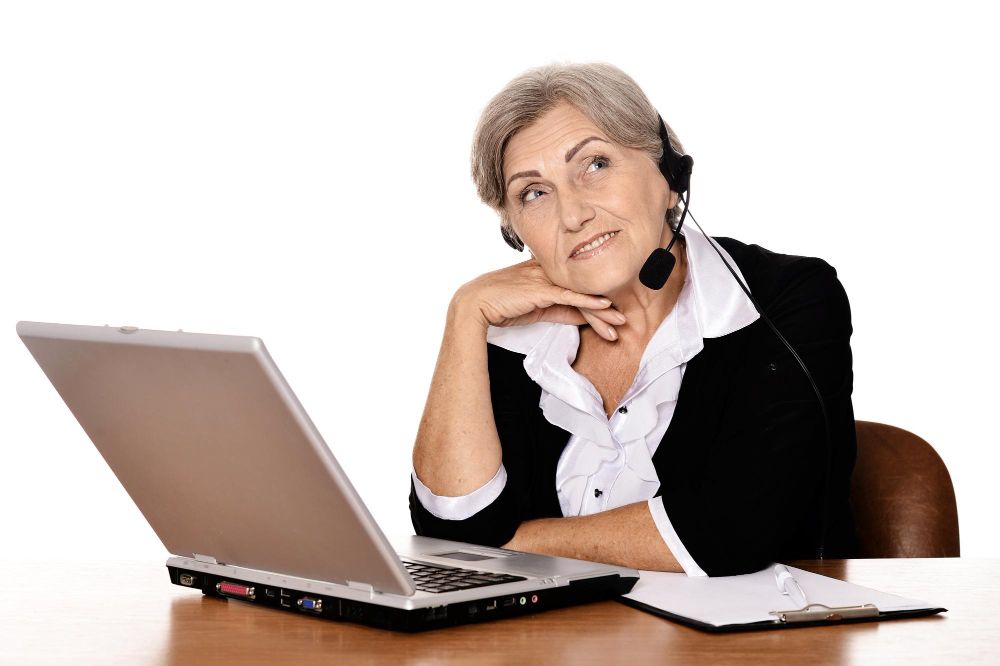 According to demographic projections, the share of people aged 60 and over in Ukraine will be 43.4% by 2025 and about 46% in 2030. However, unlike Europe, Ukraine has no comprehensive employment programmes for those aged over 40 (although people of this age are considered young in many countries). There is no public opinion on the value of such experienced candidates. And it is not easier for young specialists.

At the same time, according to the Kharkiv Institute for Social Research, only 9.7% of Ukrainians, who faced age discrimination in their professional lives, tried to fight for their rights, while others – 90.3% – did nothing. Promote Ukraine took the opinion of experts on the problem of ageism in Ukraine and asked about the situation around this problem in other countries. 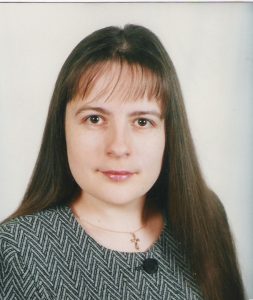 This is not so much ageism as the market’s reaction to, pardon the expression, poor physical condition of the workforce: young professionals are inexperienced, their training requires time and money, while mature staff mostly have chronic diseases, reducing productivity and increasing illness payments. In turn, poor physical condition of the labour force is caused by dull, to say the least, social policy of the state and the attitude of the state to a citizen in general, especially over the past 20 years. The mass departure of healthy and able-bodied Ukrainians to earn money abroad became a logical response to this situation. Thus, without changing the concept of the Ukrainian state, without filling the concept of “welfare state” with content, the situation will remain unchanged. This is the first point. Second, Ukrainian employers, to put it mildly, tend to save on workers. How many companies with corporate health insurance can you name? At the same time, employers complain about low qualifications, insufficient diligence and commitment of employees. For their part, the employees, who do not have tangible bonuses and prospects at work, do not feel that they are cared for if not by the state, then by employer and are ultimately entitled to a frivolous attitude to work. 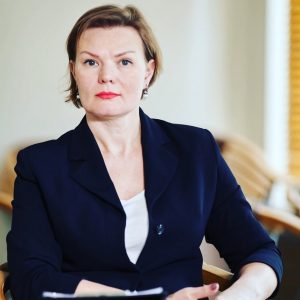 Our country lacks a mechanism that would regulate the employment of the expert working population aged over 50. Nowadays, it is quite difficult for a candidate aged 51-53 to choose something within specialisation. Very often a specialist is forced to retrain in other related professions. Although, say, there are options in medicine when a surgeon can operate up to 90 years, but this is rather an exception to the rule.

Much depends on the field of activity. After all, candidates at the age of 17 are not often eager to be punctual and often get a job under parental pressure. Therefore, they can work for five days and then change their mind. The category of specialists aged 40 and over clearly knows what they want. They are more experienced experts; very often they are not ready for the “grey” payment of salaries and bonuses. They want a more secure position. Therefore, it is more difficult for them to find a job. 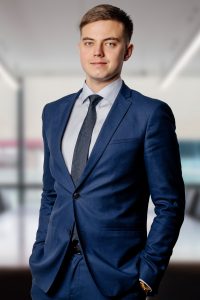 In general, ageism is a global problem caused by various factors, and its level of severity is different in each country. A direct proof of the importance and relevance of this topic at the international level is The Global Report on Ageism of the World Health Organization published in March 2021. An interesting point is that the report points out a new “incidence” of the problem of ageism during the Covid-19 pandemic: people are stereotyped in public discourse and on social media. And in some cases, age has been used as the sole criterion for access to health care, treatment methods, and physical isolation.

In Ukraine, the issue of ageism is most detailed regulated in labour legislation which prohibits any discrimination in the field of labour, in particular on the grounds of age. At the same time, the state declares that it guarantees the right to protection from any manifestations of discrimination in the field of employment on the grounds, inter alia, of age. In addition, the law prohibits setting age restrictions in job announcements (advertisements).

In general, you have the right to file an out-of-court complaint with: government agencies; local self-government bodies; Ukrainian Parliament Commissioner for Human Rights, as well as to file a lawsuit. At the same time, one can demand compensation for material and moral damage caused as a result of discrimination.

Special attention should be paid to the issue of judicial protection. In this aspect, the civil procedure law obliges a plaintiff to prove factual evidence that discrimination has taken place. It is quite difficult to prove the fact of age discrimination in practice as evidenced by the absence of such cases in the Unified State Register of Court Decisions that would end in favour of plaintiffs. 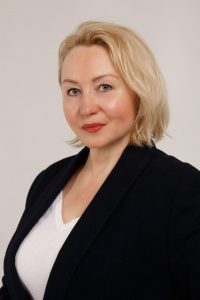 For a long time during the Soviet era, Ukraine was isolated from the civilised world in terms of labour migration, securing a sufficient labour force aged 20 to 40 years. Now, the situation has changed. But managers just begin to feel staff shortages. At the same time, they are not mentally ready to accept the fact that they now have to compete in the European personnel market the same way as in the market of goods and services. Many of them are under the illusion of a large selection and do not realise the need to pay attention to specialists in the category under 20 and over 40.

In Ukraine, no one can be protected from dismissal and job cut – this is business. The law protects mothers of young children, people with disabilities, and so on. But if a person does not have benefits, then they should rely only on their professionalism.

I believe that we should not fight against the phenomenon of ageism, but act in a positive way. Create conditions at the legislative level to encourage employers to hire employees aged under 20 and of pre-retirement and retirement age. For example, introduce tax breaks for paying salary to these categories of workers. Encourage employees over 40 to start their own private small and medium-sized businesses by offering targeted government interest-free loans or tax exemptions for the first three to five years. The state should simply make it easier for them to start a business and significantly reduce the tax burden. After all, it is better to support than to punish. 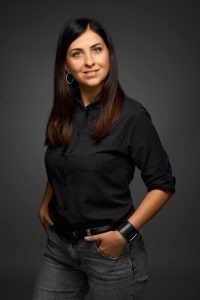 Sick leaves and maternity leaves scare away potential employers. They think you have less resources, energy, productivity. The age criterion is almost the main one in industrial and construction companies, where manual labor predominates. This is a simple example of age discrimination.

Today, the most striking example is IT. It’s probably the only sector where the phenomenon of ageism is virtually absent. The age range of IT companies’ employees can be quite broad.

Of course, an employer has no right to reject candidacy because of age. However, unfortunately, this is exactly what most applicants face. With the age in mind, an employer names a number of other reasons.

In my opinion, everything is in our hands. And if 40 year olds have experience and desire to work, they can be employed and further apply for good positions. 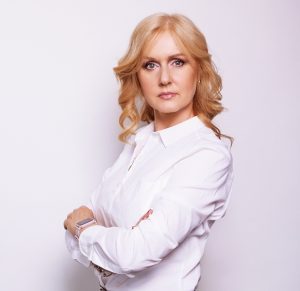 Ageism – age discrimination – is also a problem in Germany, although the age criterion differs from that in Ukraine. If in Ukraine the demand falls for employees aged 40-45 (sometimes over 35), in Germany we talk about ageism after 50 years, in Poland – after 45 years.

Foreign companies try to fight against ageism. According to research in recent years, it can be seen that the average age of the labour force in Germany has increased from 39 to 47 years. In European countries, this is a generation in demand, they have different statistics in contrast to Ukraine: people graduate from universities later, change marital status later, and retire later.

For example, the average age of people graduating from universities in Germany is 28, one of the highest in Europe. Germany is often called “country of eternal students.”

In Germany, as in most European countries, people aged 40-45 are in high demand in the labour market. Ukraine has different statistics: up to 35-40 years. If we talk about employment in Germany with manifestations of ageism, it is a problem for people aged over 50.

Why does this problem arise? There is a great demand in Germany for people who have a working knowledge of computer and simple software, and this problem is still relevant for people aged over 50. Moreover, candidates with a driver’s license or their own car are often preferred for employment in Germany. This is a problem for people aged over 50 and not having driver’s license or driving experience. And, in addition, those living outside the city as they may have problems in getting to work by public transport.

Another area of age discrimination is the issuance of loans. It is difficult for a person aged over 70 to get a loan. In an era of longer life expectancy in Europe, a 70-year-old man will live an average of about 20 more years. But banks are very picky about this category of applicants.

As for employment in Poland, ageism is manifested here for people over 45 years of age.

Polish employers consider candidates under the age of 45. And the decision is not affected by the physical condition of an employee and a health status. This trend began to manifest itself especially after the beginning of the COVID-19 pandemic as it became possible to choose workers (including by age).

In conclusion, it can be noted that ageism occurs both in Ukraine and in European countries, with the only difference in age. In Ukraine, manifestations of ageism are observed for people aged 40-45, while in Europe it affects people aged over 50.