Anti-COVID-19 Vaccine: Russians on the Wrong Side of Common Sense and Science 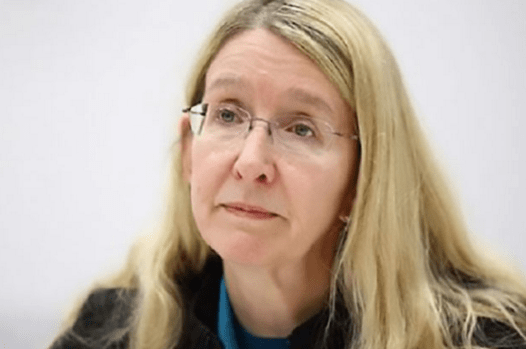 News about the Russian vaccine against COVID-19 has travelled around the world. Russia is the first country to register a supposedly safe and effective vaccine, and will soon vaccinate its citizens.

But science and common sense are not on the Russians’ side. Firstly, many scientists have questions about the transparency of the data analysed during the first phases of the trials. Secondly, Russian developers have announced the vaccine before even starting the third phase of clinical trials, the adequate results of which give exclusively the right to say that it is safe and efficient.

Let’s start with what the phases of testing a vaccine are, and when we can talk about its efficiency and safety. For having a vaccine, it must not just be developed, which can be done rather quickly nowadays. The most important thing is to test it clinically for efficacy and safety. It takes time because there are certain protocols and algorithms according to which one performs this.

There is a zero-phase study when a vaccine is tested on animals. At this stage, one investigates which parts of the immune system a vaccine activates and whether immunological memory is formed.

The next stage is the first phase of clinical trials. It already takes place among a small group of people and tests a vaccine safety and immunogenicity. Namely, it tests whether it forms an immune response, and what frequent side effects may occur.

Ten to 100 volunteers can participate in this phase of the study. In the case of COVID-19, they should not be at risk of severe diseases. At this stage, one also does not randomise (divide participants into groups randomly) and does not have a group that receives a placebo. It happens later.

During the second phase, several hundred vaccinated people are examined. Then, the optimal vaccination protocols are determined and, again, vaccine safety is assessed.

The third phase of vaccine clinical trials includes the same safety analysis, but most importantly – efficacy, but on thousands of volunteers. Usually, it provides for 30,000 or more participants. Besides, the phase III trials are large enough to detect rarer side effects that can be missed in studies with fewer participants.

What does “efficiency” mean at this stage? A vaccine should not only cause an immune reaction but also prevent infection efficiently. For example, the FDA has established an evaluation grade for the primary endpoint of efficacy at a phase III trial – it should be at least 50 %. In other words, a vaccine must reduce the number of contagion cases among vaccinated people at least twice to be considered efficient.

In fact, the first two phases are a kind of access to such a study, and their results do not give any reason to talk about the safety and effectiveness of a vaccine.

There is another phase (the fourth) – post-marketing surveillance, which takes place after the approval and licensing of a vaccine to identify side effects and long-term effects of vaccines.

What about the Russian Sputnik V vaccine?

The vaccine’s developers published the first two phases results in The Lancet in early September. But Putin made a statement about the efficient vaccine long before the publication – on 11 August.

The study involved 76 volunteers. They were divided into two equal groups, which were injected with two vaccines with different components of the adenoviral vector. Each of the groups of 38 volunteers was divided into three subgroups. Nine volunteers received a vaccine based on human adenovirus type 26. Another nine people were vaccinated based on adenovirus type 5. The rest of the 20 experienced both vaccinations with an interval of three weeks. One stated that the vaccine caused a strong immune response in all 76 vaccinated volunteers and that no dangerous side effects were recorded. The level of antibodies was compared with people who became ill with COVID-19, and it was the same.

This study raised many flags among scientists from universities in Italy, the United States, France, Germany, the United Kingdom, and other countries. Several dozen of them have signed an open letter, expressing distrust in the results of this study. In particular, the researchers were surprised that volunteers from different groups who received different components, as a result, showed the same level of antibodies, and there were coincidences in the lymphocyte activation level. Why? Because such a coincidence is statistically unlikely, so they asked the developers to provide more source information.

Of course, the Russian developers did not provide additional data. They stated that everything needed for the results’ understanding was in the study. They have neither published data from animal studies yet, nor provided accurate human characteristics with which the antibody levels of the vaccinated volunteers have been compared. All these raise flags.

Currently, Sputnik V is in the third phase of clinical trials, which should include 40,000 volunteers. But the rights to produce millions of doses have already been sold to several countries, including India, Brazil, and Mexico. Besides, Russia was going to involve other countries in the study third phase, some of which initially considered this possibility, but then refused. India was among such countries.

I wonder how Russia covers up for its development from rightful critics by the Western scientific community. The official website of the vaccine states that the site was created to “provide accurate and up-to-date information about Sputnik V and to combat the disinformation campaign launched against the vaccine by the international media.”

Another interesting thing is a promo-video of this vaccine (yes, Russia has even made a promo-video of its development, which does not even have proven safety and efficiency). There, a Russian satellite is flying around the planet and heroically destroying the SARS-CoV-2 virus. That is why the vaccine has such a name- “Sputnik” (“Satellite”). This is the name of the first artificial satellite launched into Earth orbit in 1957, which became a symbol of the USSR power. That is a kind of nostalgia and appeal to the Soviet past. The goal is to awaken patriotism in the citizens and to confront the whole world with its seemingly incredible scientific ability in the race to develop such a crucial vaccine for the world.

What do we have at the end of the day?

The vaccine that has not passed the pivotal phase of human clinical trials yet. So, it is too early to talk about its efficiency and safety. At the same time, a planned mass vaccination in Russia with the unproven vaccine should begin soon. And some Ukrainian deputies from the President’s party already say that Ukraine will have to buy this vaccine if it proves efficient.

Under no circumstances should Ukraine buy any drugs or vaccines from an aggressor country that has occupied its territories and wages war against us. Apart from the fact that such an idea is just defiantly cynical towards all Ukrainians, we cannot spend money on a dubious Russian vaccine. Furthermore, its quality and safety cannot be guaranteed and verified because the production is located in the aggressor country.

Most likely, they do not care who and with what will be vaccinated in Russia. But low quality of vaccines or crucial side effects from vaccination can have highly dangerous consequences for all of us. Among them is a radical undermining of confidence in vaccines, which has already become a hard threat to humanity. During the rapid spread of the virus and other dangerous diseases, it is crucial.