Turbulent developments following the Euromaidan Revolution have made the EU an influential reform actor in Ukraine. All the biggest breakthroughs happening over the past six years in a priority reform area, the fight against corruption, were subject to the EU’s conditionality. This includes the establishment of the new anti-corruption institutional framework, the overhaul of the public procurement system, increased transparency of government databases, and the launch of the electronic system of asset declaration for public officials. But Ukraine’s progress in implementation of these and other reforms stipulated by the EU’s programmes has been uneven. So why did some of the anti-corruption initiatives stall, yet others succeed? What lessons can be learned from the EU’s conditionality policy?

To start with, the EU’s role in promoting anti-corruption reforms is particularly interesting given that its agenda for Ukraine does not mirror the EU’s internal policy templates, as the EU institutions do not have legal competence to regulate this domain in member states. Policy prescriptions, outlined in the State Building Contract, Visa Liberalisation Action Plan (VLAP), and Macro-financial assistance (MFA) programmes, were all tailored to Ukraine’s specific situation, based on the recommendations of other international organisations (the Council of Europe, GRECO, OECD, SIGMA, UNCTAD) and initiatives of Ukrainian civil society. And although the EU is often criticised for excessive bureaucracy, its involvement in the reform promotion in Ukraine has been strategically flexible.

Although Ukraine has made a lot of progress in fighting corruption since 2013, moving 18 positions up from 144th place on Transparency International’s Corruption Perception Index, it is still very far from being a corruption-free state.

First, the EU started with generally framed requirements in the €355 million State Building Contract, its first stabilisation programme for Ukraine, and later elaborated those anti-corruption conditions in VLAP reviews and in its programmes of low-interest loans (MFA III and IV), jointly amounting to €2.8 billion. This consistency of priorities across different programmes enabled the EU, in cooperation with other reform players, to maintain leverage on the process. As a result, the new anti-corruption bodies (the National Anti-Corruption Bureau, Specialised Anti-Corruption Prosecutor’s Office, National Agency of Corruption Prevention, Asset Recovery and Management Agency, and the High Anti-Corruption Court) were not simply created on paper, but have also received adequate rules and tools for their effective functioning despite the resistance of domestic vested interests.

EU has been empowering Ukrainian domestic reform actors, in particular NGOs and activists, involved in designing reform roadmaps and monitoring the implementation of Western conditionalities.

Second, the EU levered very successful coordination both within its own different structures (the External Action Service and the Commission’s various Directorates-General) and with external partners (Ukrainian government and civil society, international financial institutions and donors, other states). As the establishment of the High Anti-Corruption Court demonstrates, the EU’s conditionality has been most effective when aligned with other important international players, such as the International Monetary Fund and G7 countries. To achieve synergy in various EU policies towards Kyiv, a special division within the Commission – the Support Group for Ukraine − was established in April 2014 and remains the only country-specific EU task force for the Eastern region.

Third, apart from corruption investigations and prosecutions, the EU has also been supporting initiatives to reduce the space for corruption in broader governance areas: public administration, public finance management, the energy sector, banking system, healthcare, and the privatisation of state-owned enterprises − just to name a few. Moreover, specific anti-corruption priorities have been incorporated in the broader EU-Ukraine Association Agenda for annual Association Council meetings, which made it a notable point for a discussion on the level of the EU and Ukraine’s political leadership.

Fourth, the EU’s political anti-corruption conditionalities have been backed by relevant technical assistance, such as the EU Anti-corruption Initiative (EUACI). This programme supports the operational and policy-making capacities of the new anti-graft institutions, the parliamentary Anti-corruption Committee, as well as the activities of local and regional civil society and media organisations covering this area.

Finally, the EU has been empowering Ukrainian domestic reform actors, in particular NGOs and activists, involved in designing reform roadmaps and monitoring the implementation of Western conditionalities. The EU has also provided political support to Ukraine’s civil society when dubious legislation on discriminatory asset declaration for civic activists was introduced in 2017. Consequently, these anti-constitutional provisions were eventually abolished in June 2019.

EU’s political anti-corruption conditionalities have been backed by relevant technical assistance, such as the EU Anti-corruption Initiative (EUACI)

But despite these tactical successes on the EU’s end, it is still too early for complacency. Although Ukraine has made a lot of progress in fighting corruption since 2013, moving 18 positions up from 144th place on Transparency International’s Corruption Perception Index, it is still very far from being a corruption-free state. Kyiv has been much more effective in adopting required legislation than in comprehensively implementing it. Even those reforms that have already been undertaken should be continuously monitored to avoid rollback. Oligarchic influences, ineffective functioning of the judicial system, a lack of corruption-related convictions, and excessively broad powers of law enforcement structures in investigating economic crimes are still worrisome, despite the renewal of political leadership in 2019. The EU should keep those issues on its radar and find a way to incorporate some of these pressing problems into its broader political agenda.

This is particularly challenging, given that the EU lost its most powerful reform leverage in 2017, when the visa-free regime came into force, while its financial instrument of influence is about to expire soon, when the last MFA tranche, worth €500 million, will be disbursed. Moreover, the key obstacle to reforms – opposition from ‘veto players’ in political and economic circles − has not evaporated. The ongoing dispute over nationalising PrivatBank is just the tip of the iceberg. Hence, the EU will need to update its reform promotion toolbox, drawing on its own lessons learned from the past engagements.

Although Ukraine’s domestic resistance to corruption investigation and prosecution has been very strong over the past six years, reforms that enhance transparency through opening up governmental registries and digitalising public services made their way much easier. The EU should continue to support these initiatives with technical expertise and assist independent media and NGOs with capacity-building to investigate this data in order to hold the government to account. This would enhance good governance and incrementally narrow down space where vested interests can have an upper hand.

In what concerns the ‘political’, harder-to-pursue, aspects of the anti-corruption reform, the EU should maintain Ukraine’s track record in this domain as a necessary precondition for an ever-closer partnership. This requires the EU to invest its political capital into establishing strategic relations with Ukraine’s new leadership and to embed anti-corruption goals in the long-term cooperation programs, whether they would concern initiatives on bilateral sectoral integration, new offers under the revised Eastern Partnership Policy or additional funding from the EU’s beefed-up external action budget, which is currently being negotiated as part of 2021-2027 Multi-Annual Financial Framework

In December 2019, the EU issued its regular Association Implementation Report on Ukraine, where references to corruption-related problems were missing for the first time. It may be seen as a welcoming signal from Brussels to the new authorities, but the EU should continue to rigidly monitor the situation on the ground. So far, due to its carefully calibrated approach, the EU managed to find the right balance between putting firm pressure on the authorities to carry out structural reforms and supporting Ukraine’s stability in the light of Russia’s military aggression. But the EU needs to preserve its crucial reform role in the country even after all the existing conditionality programmes are fulfilled and to do so, it should nurture its positive image in the eyes of the Ukrainian public by showcasing the benefits of integration with the EU to people across the country. 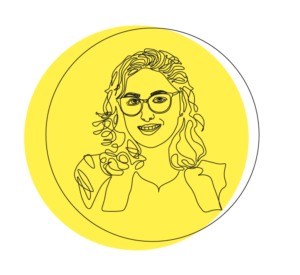 Christina Parandii is the Clara Marina O’Donnell fellow at the Centre for European Reform, based in London. Her areas of expertise cover EU foreign policy (with an emphasis on the Eastern Partnership countries), transatlantic relations, and democracy promotion.