In traditional societies, foreign policy is often secondary to domestic concerns; almost all citizens are much more interested in their own wellbeing, employment, access to high-quality medicine, and education. Friendly relations with neighbouring countries or overseas partners consequently often take second place. However, domestic and foreign policy in Ukraine have always been aligned, especially in recent years, because for six years the everyday life of our citizens has been affected by unconcealed Russian aggression. As a consequence, along with the discussions in terms of economic growth, ways to combat corruption, and diminution of the impact of oligarchs, political discourse in Ukraine is dominated by statements about the “de-occupation of Crimea”, “ending the war”. “restoring peace”, “the Minsk agreement” and, recently, the “Steinmeier formula”. The use of new approaches with old tools is a new tactic of President Volodomyr Zelenskyy, who finds both considerable support and resistance in society. His desire to reach an agreement as soon as possible in order to shift the situation from a dead point is understandable and justified since every new leader has only a limited “window of opportunities”, which, for a number of objective and subjective reasons, will inevitably shrink every week he is in office. However, it is also possible to understand those who are afraid of “rapid arrangements” without proper public consultation, as the rapidly gained positive results can conceal long-term geopolitical losses, which may result in far greater and more drastic damage than the wounds caused by the existing conflict.

Therefore, in order to successfully resolve Ukraine’s complex problems, three principles must be respected: prudence, proactivity, and expediency, because the situation remains unresolved and the international community is ready to decide the future of Ukraine in collaboration with Russia without Ukrainian participation. In fact, we have already witnessed Russia being returned to the Parliamentary Assembly of the Council of Europe (PACE), with Ukraine not consulted, but only notified, in respect of the outcome of this collective decision. The démarche of the Ukrainian delegation or the boycott of the autumn session, although not unnoticed and even partially supported by friendly states, still had more symbolic, rather than practical, content. The political situation in Europe, as well as in the United States, is changing, so there is a need to act otherwise one would be excluded from the negotiating table. However, there is one important issue. We should not act alone, as direct negotiations without intermediaries, especially with an aggressor acting with impunity, is a trap that can put us in an even worse situation than before[1]. At the same time, the part played by society cannot be reduced to simply criticising the actions of those in power and their own inaction. On the contrary, the task of citizens is to avoid all forms of enmity – social, linguistic, interethnic, and religious – which, in addition to polarising society, aims to weaken it. Therefore, everyone’s role lies in vigilance, tolerance, and constant awareness of the problem and the potential ways of solving it, instead of cheap speculation drawn from pro-Russian sources.

We need a deep understanding that a complete solution to the situation in the Donbas requires comprehensive measures, such as:

The “ends justifying means” approach of prioritising the cessation of hostilities in Donbas over Ukraine’s national interest has the potential to play a destructive role. The correct course is finding a way to end the conflict without compromising Ukraine’s interests. Ukraine’s next challenge is to efficiently prepare to defend its position among heads of state during the Norman Quartet meeting, where Ukraine should strive to demonstrate flexibility, principle, and remarkable diplomatic agility. These geopolitical and security tasks are the responsibility of the President and the Ministry of Foreign Affairs (MFA). Ukraine’s parliament, the Verkhovna Rada, should adopt legislation on the status of the Donbas and the procedure of holding elections in Ukraine’s temporarily uncontrolled territories. But what role should the government play?

Earlier the government introduced, and the Verkhovna Rada approved, the Programme of Activities for the Cabinet of Ministers of Ukraine for the next five years. The positive points of this programme include a separate section devoted to the issues of European and Euro-Atlantic integration, together with mention of Ukraine’s intentions to move closer to world standards, in particular European standards, in a number of industries. Among the negative points are a lack of clear and comprehensive explanations of Ukrainian plans to further counter Russian aggression and restore territorial integrity while protecting its independence and sovereignty. Instead, the programme makes only abstract declarations in terms of plans to combat potential and speculative threats.

The programme’s main focus is the people’s well-being, which is, of course, correct. However, can one really achieve collective happiness without looking after those who have experienced significant suffering because of the war, a war which may potentially inflict far more economic, political, and personal damage if not stopped soon? The question is a rhetorical one. For the time being we must limit ourselves to the hope that established priorities are more than just empty promises, but instead are aspirations transformed into action plans and supported by steadfast commitment.

In terms of European integration, these action plans include:

The government plans to achieve these goals by:

In relation to Euro-Atlantic integration, these action plans should involve:

The government plans to achieve these indicators by:

In terms of Ukraine’s defence, the action plans foresee:

These tasks will be realized by:

The task of Ukraine’s new political leadership in the short term is to develop strong relationships with its Western partners in order to form a coalition against Russia and thus prevent Western leaders from creating a “bloc” with the Kremlin to exert pressure on Ukraine, particular with respect to implementing the Minsk security arrangements.

In the medium term, Ukraine should strengthen its defence and security capabilities, develop and deepen its relations with the EU and NATO, and, with their help, deter foreign aggression against Ukraine by ensuring the cost of aggression is unacceptable to the aggressor. Ukraine’s medium-term aims should also include reducing opportunities for an aggressor to exploit Ukraine’s internal vulnerabilities, engage the international community to support Ukraine’s territorial integrity, and accelerating the development of the state.

[1] Since 1 October 2019, protests against the adoption of the so-called Steinmeier formula have been held in Ukraine. At least 10,000 people participated in the People’s Council in Kyiv on 6 October, protesting against the formula, which provides for the withdrawal of troops from the line of demarcation, amnesty for terrorists involved in the de facto statelets on Ukrainian territory, and the holding of elections in the temporarily occupied territories of Donbas 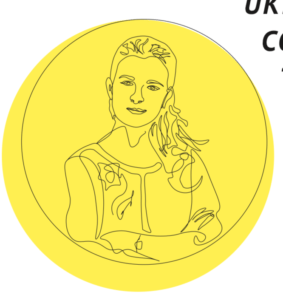 Maryna Yaroshevych, Member of the “Ukrainian Prism” Foreign Policy Council Board, Advisor to the “Alliance of Democracies” Foundation, and Director of Ukrainian World Congress Mission to International Organizations in Brussels (2017-2019)