It’s Time to Finally Open Your Eyes and… 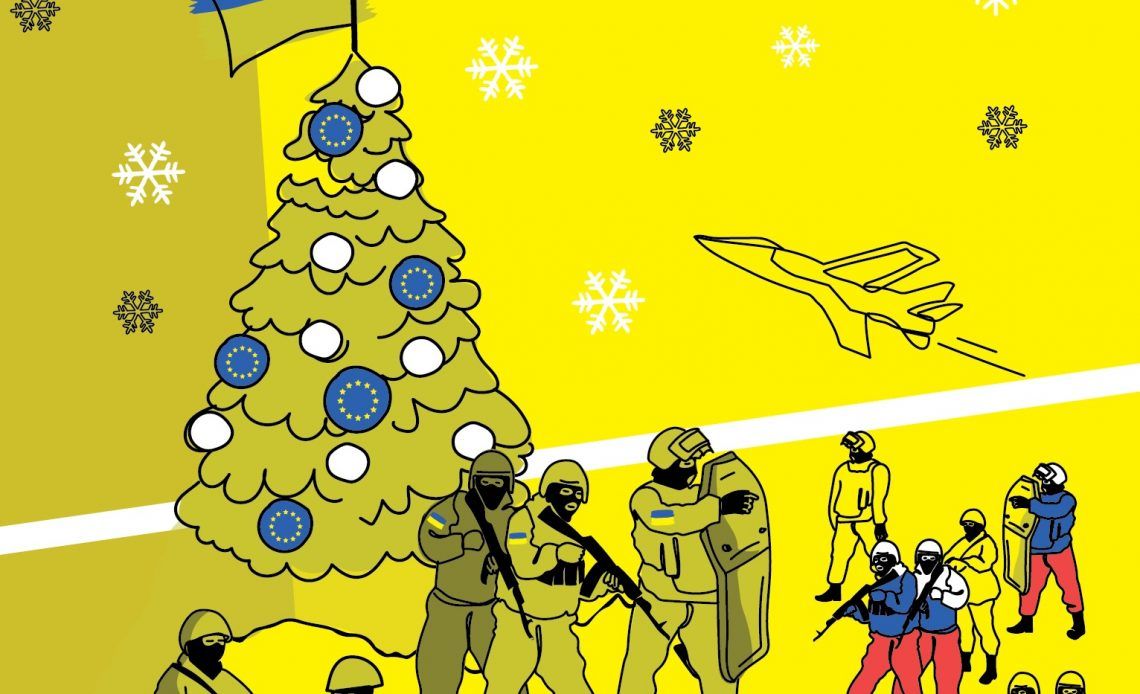 Europe is in turmoil again. The Kremlin’s gas blackmail has not subsided as the migrant crisis on the border with Belarus and the Baltic states began to unfold. Only very naive people could believe that it was provoked by raving Lukashenka. In fact, it is directed by Putin. Ask why? Because the Kremlin’s cherished dream has been and still is to split the EU and NATO, to set off some European countries against others. The formula is everlasting: divide and rule.

It is sad to say that sometimes the Kremlin succeeds. Generous financial injections into right-wing radicals in Germany or Italy, bribery of current and former politicians in France or Austria, “special relations” with Hungary or Serbia, an active anti-vaccination campaign through Russia Today and Sputnik propaganda mouthpieces, Nord Stream 2 are yielding fruit: it becomes increasingly difficult for Europe to stay unanimous. As we can see, the forms are different, but the essence is the same.

But, perhaps, the most convenient tool for the stratification of the collective West is the so-called “Ukrainian crisis” as some continue to refer to the Kremlin’s aggression for some reason. The fact that this is aggression will become clear to anyone who reads the text of UN General Assembly Resolution No. 3314 of 14 December 1974 [1]  and will compare the characteristics of aggression defined there with Russia’s actions in Ukraine from 2014 up to the present day. However, it is hoped that those in the capitals of European countries and at EU and NATO headquarters will also read this resolution one day.

Having occupied the Ukrainian Crimea and started a hot war in Donbas, the Kremlin presented the West with a dilemma: either to accept the fact that totalitarian and aggressive regimes can, at their own discretion, redraw the borders of European states and call into question the entire system of global security in the 21st century, or give them a proper rebuff. It still seemed that liberal Europe did not want one or the other, but at the same time hoped that its policy of mollifying the aggressor at the expense of its victim would somehow allow it to come out dry. The overt complaisance policy of the Obama and Trump administrations also contributed to this.

The strategic mistake of the “policy of pacification” was to hope that the problem of Russia’s attack on the collective West could be solved in this way. Instead, the Kremlin perceived it as a weakness and an invitation to new acts of aggression against the West itself, not only against Ukraine.

However, the situation is changing. The internal situation in Russia has also prompted the West to rethink its policy towards this country. Assaults on human rights, assassinations and poisonings of opposition leaders, torture in prisons, total censorship, outright anti-Western propaganda, rewriting the constitution in favour of Putin, rigging parliamentary elections, etc. have become commonplace in the Russian regime. It was already too much even for a very liberal and very patient West.

Russia’s playing with edge-tools on Ukraine’s borders became a serious catalyst for the process of finding answers to Moscow’s challenges. April force majeure, and the then very conciliatory reaction, strengthened the Kremlin’s view that pressure on the West “could be repeated.” This is exactly the situation we see today. However, unlike spring, the reaction of the West is much tougher. It bothers but does not stop Moscow so far.

In its calculations, the Kremlin assumes that the collective West is unlikely to fight for Ukraine. I suppose that it is unlikely to fight for, say, Narva [third largest city of Estonia located at the border with Russia] either. The reason is clear: the Europeans have long had no vestiges of militant revanchism, and all-encompassing pacifism has become the ideology of the EU and NATO, even when it is necessary to clearly distinguish between the aggressor and its victim. “Anything to avoid shooting”: this humanistic approach has frozen many European conflicts for decades without resolving them in principle.

Instead, Europeans recalled another form of influence on violators of international law – sanctions. Although they are only aimed at changing behaviour, not changing the regime, they still produce some deterrent effect. But is it enough? The decision to seize Crimea and start the war in Donbas was initially made by the RUSSIAN STATE in the person of its highest political institutions. And specific legal entities or individuals only carried out its orders. Therefore, focusing sanctions on the latter is practically a way not to punish the main perpetrators and unwillingness to put the aggressor in its proper place.

How will the situation unfold now?

It can be assumed that right now, with its liberal eyes slightly open, the collective West has seen that the immediate threat to its vital interests is greater than ever. The loss of Ukraine will mean the loss of strategic initiative and Moscow’s further offensive. Its new victims could first be Moldova, Georgia, the Baltic states, then followed by Poland or Romania and Bulgaria. So, there is a need to act. The question arises: when and how?

It is necessary to take very concrete measures to support Ukraine immediately, against the clock. The statements like “If Moscow attacks, then we …” are, first of all, inhumane because they mean that thousands or tens of thousands of military and civilians on both sides will die, and the infrastructure of many regions in both Ukraine and Russia will be destroyed. The question of whether the conflict will be localised or will escalate into a full-scale war remains open. Is such a situation in the interests of the West? I will take the courage to say no.

Therefore, Ukraine needs immediate and large-scale military assistance. I would talk about something like a World War II land lease. First of all, these are air defence systems, anti-tank and anti-ship weapons, medium-range missiles, reconnaissance equipment, and many other things well known to specialists. We have to thank our American, British, Canadian, Polish, Lithuanian, Turkish, and some other allies who are not just “very concerned” but have already given Ukrainian soldiers an opportunity to feel much more confident. The readiness of some NATO countries to redeploy not only certain types of military equipment to the Ukrainian territory but also to send small contingents of their troops is of fundamental importance. We hope that such examples encourage other NATO countries to change their position and stop playing “equidistance” and “non-supply of weapons to conflict zones,” which means de facto indirect support for Moscow. Ukraine ultimately has the right to self-defence (those who have forgotten this, should re-read Article 51 of the UN Charter and not just repeat that “there is no alternative to the Minsk agreements”).

Conclusion: a powerful Ukrainian army capable of inflicting tangible and painful losses on the Russian aggressor is the best guarantee against the inadequate behaviour of the Kremlin regime and meets the security interests of both Ukraine and the West.

This is only one aspect of deterring Russia. Another one already mentioned is sanctions. But they should be imposed “before”, not “after”.  There are more than enough reasons for this. And they have to focus on those key areas that could cause serious economic damage to Moscow. These are tough industry sanctions. In the U.S., they are called “hellish”: imposing oil and gas embargo, disconnecting Russia from the financial system of the West, freezing assets of Russian legal entities and famous individuals in banks of Europe and North America, banning Aeroflot and other Russian airlines from flying to airports in Europe and North America, banning Russian vessels from entering European and American ports, etc. The list has long been known. Economic sanctions must be coordinated primarily between the United States and Europe, followed by the political will to apply them.

Not to mention political and diplomatic measures, for example: lowering the level of diplomatic relations, limiting all types of official contacts to the working level, depriving Russia of the right to vote or expelling it from the Council of Europe. The aggressor country must understand that the time for persuasion is over. Then it must either return to compliance with the international law, withdraw troops from Georgia, Moldova, and Ukraine, give up meddling in the internal affairs of post-Soviet countries and the EU and NATO, cease cyber crime, respect human rights inside the country, or be ready for international isolation and subsequent collapse. And not only of the Putin regime, but Russia itself. Because this structure will collapse even faster than the former Soviet Union, once it suffers the first serious blow. There is no room left for “dialogue” with international criminals.

It so happened that Ukraine has become a kind of outpost of Western civilisation, a watershed between democracy and totalitarianism. The latter, by virtue of its nature, understands only force. Ukraine and the collective West can and must finally demonstrate it.