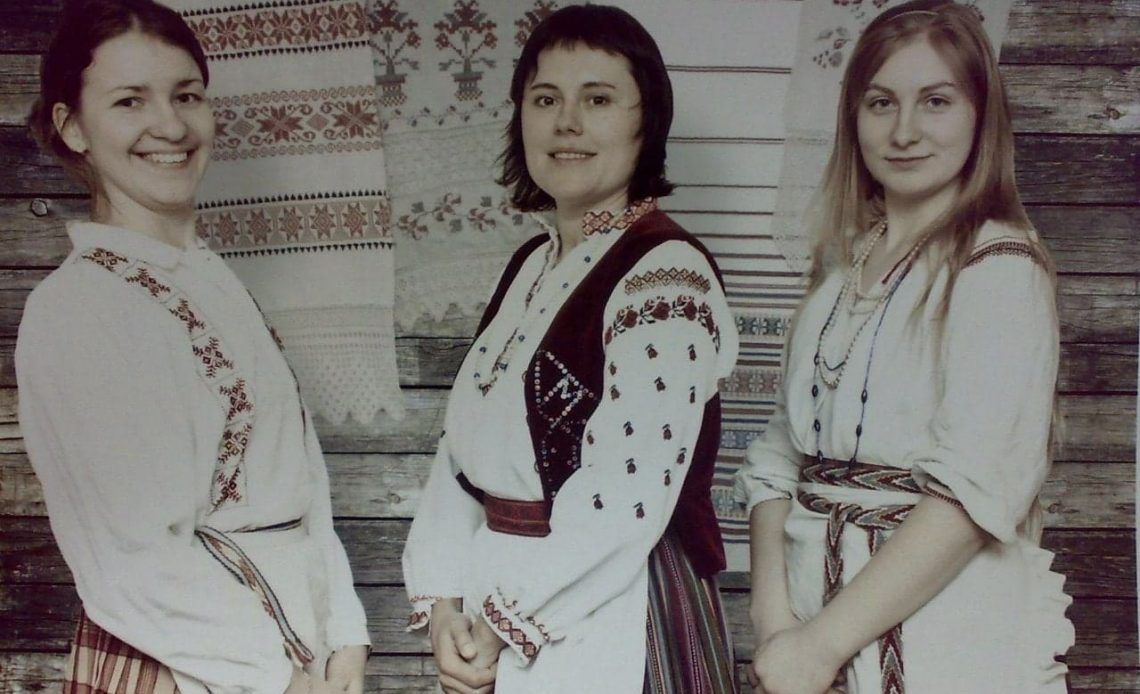 Anna Prokofieva was forced to leave Belarus more than 10 years ago. Due to her active civil position, participation in protests, and cooperation with European organisations, the girl was expelled from her native country. Since then she has been living in Poland. Her family remained in Belarus all this time. After they participated in a rally this summer, Belarusian officials destroyed the family business. Due to the threat of criminal prosecution, the entire Prokofiev family had to hide in Kyiv. At the end of November, they managed to enter Poland. When Anna tells her story, it is difficult to believe that this has been happening for several decades in a country located in Europe. KGB, Komsomol, denunciations, searches, intimidation, and from this year’s summer plus mass beatings, torture, rapes. We recorded an interview with Anna about the past and present events in Belarus. Her “direct speech” is below.

About the reasons for moving to Poland

“Since 2005, I have been involved in the organisation and development of different youth associations in my hometown of Gomel. Among other things, it was the Peoples’ Friendship Youth Club, where debates took place, and I also took part in the work of the European Youth Parliament (EYP). I cannot say that I was very proactive in politics, but I liked to work with youth. When I became a European Youth Parliament’s representative in my hometown, I had more activities, trips to various conferences. Returning from one such conference from Lviv, I was detained at the Belarusian border. The reason was the pictures with white-red flags in my camera. I was 16. Two men in uniform made me undress completely for the examination.

When I returned home, I realised that there were big issues in this country. At the same time, I began to support the presidential candidate Aleksandr Milinkevich. I was at our “Square 2010” (the protest in 2010). We stood there for six days. The tents were pitched. Six days later, we were brutally dispersed, but I managed to escape. And from that moment I was summoned for “conversations.” I was talked to at school, threatened that if I did not join the Belarusian Republican Youth Union (the analogue of the Komsomol), it would go hard with my family. At some moment, I was faced with a choice – either I side with the government and accept their ideology, or nothing good awaits me in this country. I have chosen to leave for Poland.”

About the atmosphere that prevailed in Belarus until 2020

“Initially, I did not come home. I arrived only a year later. Then everything calmed down, but I continued to prepare young people from Poland: I helped to fill in questionnaires so that they could go to international conferences for free, I prepared them to speak English publically. After a while, my parents were told that I had to stop my activities. Then it turned out that a young man joined our organisation and delivered the information to the KGB. He published “Confession” on the Internet. There he told what was happening in the European Youth Parliament in Belarus. After that, everyone who talked to me was summoned for “interviews” and interrogations. Everyone I knew stopped talking to me. They did not answer my calls, crossed the street when they saw me. My father received a warning that I should not return home again. When I arrived to meet with my family, people were already waiting for me near the train. They wanted to talk to me about my plans for the future. The conversation was unpleasant. A day later I went to Poland and did not come to Belarus for a very long time because it was dangerous. Years passed before I was forgotten. There are a lot of opposition-minded people in the country, and apparently, they didn’t care about me anymore.”

About torture by the authorities

“Looking back on 2004-2005, I want to say that the personal search of a 16-year-old girl, undressing, touching men, was a great stress for me. I was angry very much. Plus, I spoke Belarusian, and this added “guilt” in the eyes of law enforcement. For a white – red tape on clothes, people were stopped on the street, asked to show a bag. Our “Independence Square” was brutally dispersed; many of my friends were arrested. Later, they told how many hours they stood in the yard with their hands up, and it was cold outside. Then during interrogations, they were not given water for a long time. One of my acquaintances was left for many hours in a tiny room with one lamp, without water. Periodically they came to him and asked something and then left again. He was not beaten, only psychologically pressured.

Already in August 2020, my young relative went for a walk in the park and disappeared. We searched for her for four days until she came out of the detention centre. She was beaten and possibly raped. Unfortunately, her parents were intimidated, signed some documents, and did not address anywhere. And this girl did not talk for two weeks at all. The son of my parents’ employee was taken to a remand prison in Gomel on 10 August. He came out blue from there. But his family became more aggressive against the government, e.g. his mother took part in every Women’s March in Gomel.

As for my family, they were constantly psychologically pressured and intimidated. While in Poland, you know that your loved ones were taken out of the house at night. It is unclear where they are. Every day you wake up and don’t know if they will return home today, going outside for bread.”

About the consequences of anti-Lukashenka protests’ support

“My family was hurt badly. We have been building an honest business for a long time. We developed our city, our country without the state’s aid and European investment. We gave jobs to many families. We created a country complex, which organised holidays for children on 1 September, music festivals. We helped as much as we could. We helped the Bielsko House of Culture. Now, it turned out that one kicked us out, taking away everything – money, business, premises. My family was told that there would be no life for them in this country. ‘Rejoice that you are alive!’. We have lost everything we put in our souls. The restaurant of Belarusian cuisine (“Budzma”) was designed not only as a restaurant. We developed our culture – found ancient recipes, promoted Belarusian music, clothes. We went to the villages, looking not only for the recipes but also for equipment. We were thrown in the dump, threatened with physical violence. After that, when the parents managed to escape to Ukraine, the mother could not go outside for several days. She was just scared. About 80 families are currently out of work. They are not hired because everyone in Gomel knows that we did not support the Lukashenka regime. People protested, but they are great professionals.

Now, we have launched a campaign to raise money for them and for people to survive. None of the Belarusian organizations supported us. They claim that our activities are not political, so we must cope with the situation ourselves. The “Bysol” Solidarity Fund was asked for help in paying the fines we were charged for the protest. We sewed flags, fed the protesters. Now, all our property has been seized, and we cannot pay people’s salaries. We were left alone with our problem. Plenty of Ukrainian organisations supported us, but Belarusian organisations did nothing to help.”