Roland Freudenstein: “Putin feels the weakness of the West” 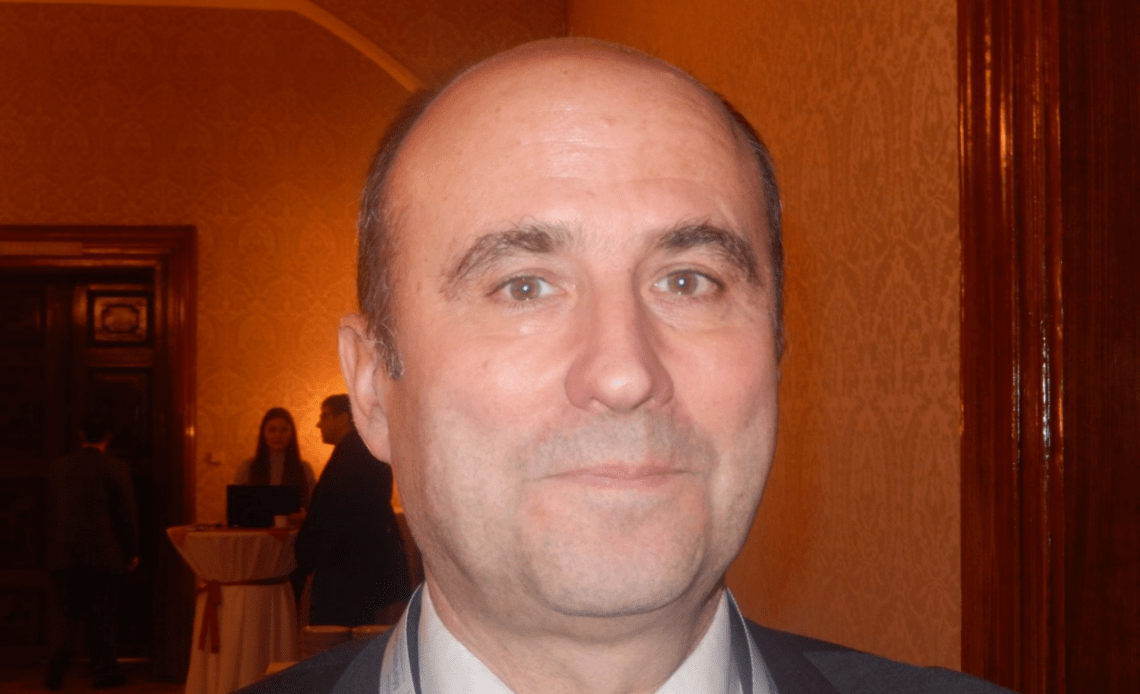 Roland Freudenstein, vice president of the Globsek think tank, says that this is a psychological maneuver rather than a preparation for the war. In an interview with Sofia Shevchuk for Brussels Ukraїnа Review, he shared his thoughts on what sanctions would be more painful for Russia and what else the European Union and NATO could do to better support Ukraine in the current situation.

Washington and Kyiv say that Russia is building capacity to attack Ukraine, and Moscow denies that it plans an invasion. Do you think that this time the situation is getting dangerous?

It has been dangerous since spring. Many say that this time it is even more dangerous because in spring Russia put the infrastructure at the border; now it just has to move the troops. The fact that Russia denies the attack, this is what attackers do. I am not sure if Putin is going to attack. It will also depend on the behaviour of Ukraine and the West, mainly the EU, the US and NATO. Personally, I have the feeling that this is not preparation for war. It is more of a psychological manoeuvre, which does not mean that Putin will never attack. His immediate plan is to increase the military pressure, to achieve a political goal. This is divided into several aspects:

–             force the West to exert pressure on Ukraine to fulfil the Minsk II Agreement, as Russia interprets it (federalisation, holding elections in the so-called Republics), without Russia fulfilling its part

–             psychological goal, identical to what happened in spring: the more often Russia concentrates troops and then nothing happens, the less likely someone in future will feel obliged to raise the alarm.

Now, the Kremlin obviously sees a window of opportunity: the US deals with its internal issues, Biden is, in Putin’s eyes, a weak leader because of Afghanistan; the new, incoming German government already signalled that it is going to be more critical of Russia, but not ready for military action, such a redeployment of troops. We call it speak loudly and carry a small stick. That’s a dangerous combination. I think Putin smells Western weakness.

NATO Secretary-General Jens Stoltenberg said: “We call on Russia to be transparent, reduce tensions and de-escalate. NATO remains vigilant, and we continue to provide Ukraine with political and practical support.” Is this statement strong enough in such a situation? Should/can NATO demonstrate bigger efforts to defend its partner Ukraine?

NATO is a collection of member states; it is an intergovernmental organisation. I think that the West and NATO Allies should immediately respond to Russian threats with military deployments in Poland and the Black Sea. This already happened in spring, when the US deployed nuclear-capable fighters in Poland as a reaction to the Russian concentration of troops in April. A couple of days later, the Russian troops started to withdraw. However, this was a bilateral measure – the American decision but not NATO’s. NATO is slower in such cases to make decisions. Moreover, some Allies do not want any further military deployments to the East: that’s the so-called White Flag Coalition (Italy, France, and Germany). So, the US has to take responsibility to carry on with an initiative on its own.

Additionally, Ukraine is not a NATO member, thus is also not under Article 5. So, NATO does not have to defend Ukraine. Ukraine does not even have a Membership Action Plan, because in the eyes of some, that could have caused an even stronger Russian reaction, in military terms. However, there are things to be done below the membership threshold and Article 5, such as arms deliveries, (NATO) military exercises, training missions. This is all happening in Ukraine and has a deterring effect. One can argue that Western sanctions stopped further escalations in 2014. The fact that Mariupol is still a free city is most likely because of the sanctions imposed then – and the threat of worse to come.

Lastly, Stoltenberg has to talk the language of de-escalation (as indicated by the Allies), but it is wrong to constantly emphasise it. Let’s remember that approach of the West in the Cold War and today has been a strong defence, strong deterrence and offer for dialogue with the Soviet Union in the past and today with Russia. The point is, if you want to deter, you need to be able to escalate in certain moments and in a targeted manner. You have to also communicate this to the other side.  The problem with ‘de-escalation ueber alles’ is that your own deterrence then becomesweaker. The,n Russia might think that NATO is not capable of deterrence. So, if I were in Stoltenberg’s shoes, I would present a carefully balanced blend of willingness to defend ourselves militarily and Ukraine’s independence politically (i.e. escalate, if necessary), and readiness for dialogue (that’s the de-escalation part).

Back in 2014, the European Union condemned the annexation of Crimea and introduced sanctions against certain Russian citizens and companies. Can the European Union do more than that when there is a real danger that Russian will attack Ukraine?

The EU can do a lot more painful things than just sanctioning oligarchs, a list of around 300 citizens today. For example, cut Russia from the SWIFT system, together with the US. Secondly, the personal sanctions against the whole Russian power elite can be significantly enhanced, for example, no more visas to those in power structures and their families, also freezing their assets in Western banks. Whenever Russian democrats are being sentenced for their human and civic actions, the person who judges should go on the list, under the EU version of the so-called Magnitsky Act.

When it comes to Nord Stream 2, the suspension of the certificate by the German Network Agency is treated as a political statement. I am not sure there is political argument there. It was a legal technical mistake made by the Russian side. There are also still some possibilities on the EU side to stop the use of the NS2 pipeline. I could see the German government agreeing to make the flow of gas through NS2 a subject to sanctions if something dramatic happens in Ukraine. Gas through NS2 can be used as a tool for political considerations.

The United Kingdom, France, Germany and other EU countries made statements about serious consequences for Russia if it invades Ukraine. But we already saw in the past that Moscow did not listen to these statements. Should European diplomacy become more, let’s say, aggressive towards such countries as Russia?

Russia listened to the EU’s language on sanctions in 2014, as I already mentioned before – stopped in front of Mariupol due to sanctions against the elite, companies, government officials. There is no proof or disproof of this,  but it is reasonable to assume that Russia was worried about further sanctions and, therefore, stopped. I reject that several member states and the EU institutions’ leaders are constantly talking that we have to re-set relations with Russia. President Macron and former HRVP Mogherini had such language. I think this is counterproductive. If we constantly only talk about dialogue – we weaken our deterrence.