Roman Sushchenko: “Ukraine changed a lot in the last three years when I was in prison” 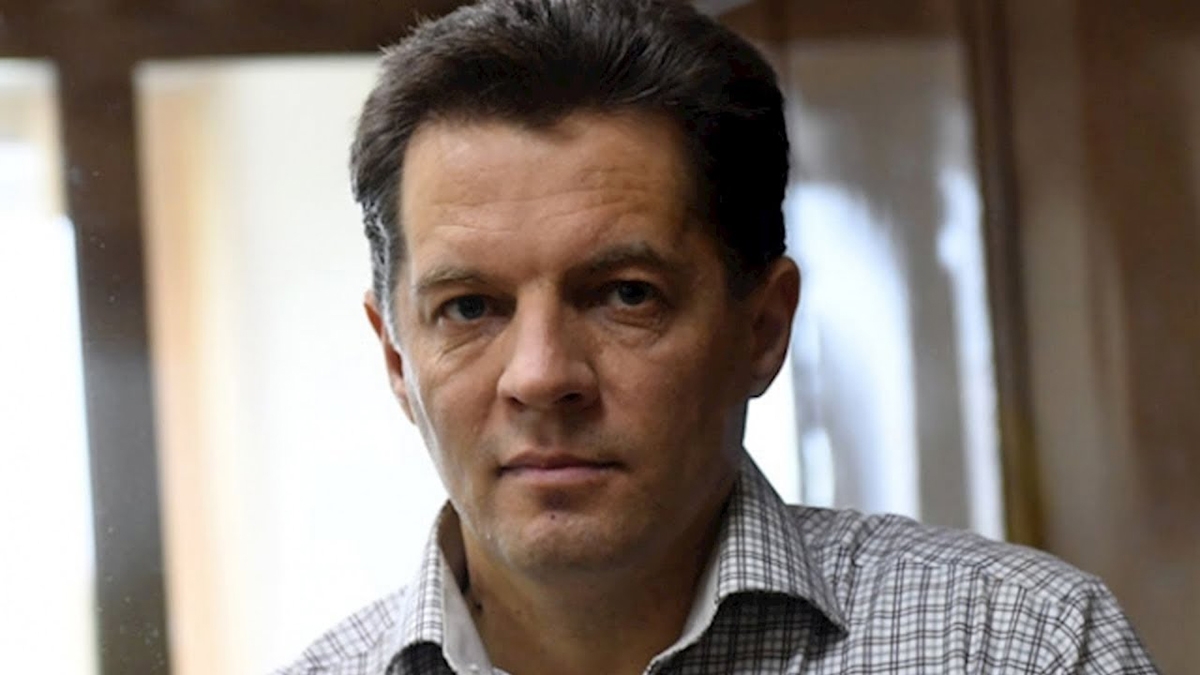 A former Kremlin political prisoner, Ukrainian journalist Roman Sushchenko visited Brussels for the second time since his release in September last year. He met with representatives of European institutions, foundations, Ukrainian diplomats, and the diaspora. Roman has an active civic position, he is ready to help in the release of other Ukrainians who are still in Russian prisons due to fabricated cases. In an interview with Promote Ukraine, Roman shared his thoughts on the situation around prisoners and Ukraine nowadays.

Roman what in your opinion was the purpose of a Russian security service operation for your capture?

I get the impression that my case was part of a broader, massive operation against the citizens of Ukraine in order to achieve certain goals. According to the documents in my case, this operation was prepared for one year, from 2015 to 2016. At this time Minsk-II (a new package of measures to stop fighting in the Donbas – PU) was adopted and on October 2, 2015, the first constructive talks took place at the Élysée Palace. International actors, including the Ukrainian president, have agreed on some de-escalation of the situation. At the same time, Russian special services began to work in many cases. In 2016 stories with the Crimean saboteurs were created, then my case appeared and many more people were detained including Pavlo Gryb (a young Ukrainian detained in Belarus – PU). These operations were planned.

Are these operations not completed? Can they continue?

I think so. There are several plans. One of them is about Crimean Tatars. I mean Hizb ut-Tahrir which Russia considers as a terrorist organization. Not to mention the Jehovah’s Witnesses whose offices in Russia have been closed. This was all planned. What is the purpose? First, to raise the stakes. I mean it is about increasing the pressure on the authorities of Ukraine and on the Ukrainian people, creating panic moods, straining, psychologically influencing through the victims’ relatives who are constantly seeking their release and saying that the authorities are doing nothing and so on. It’s psychological pressure.

Second, to show Europeans, Western partners of Ukraine that we are so and so. Look, they are terrorists, spies and extremists, they are acting against us! It is also used for propaganda, for internal consumption. Russia is showing to its audience the high profile criminal cases: experts, analysts, students, journalists – the whole front is against us! And one of the most important tasks is to raise the prestige of their own special services. They want to show that they are busy, they open many criminal cases, held many court hearings, impose many sentences. So give us taxpayers’ money, we work.

Roman, it is more or less clear how Russian society perceived you and other Ukrainian prisoners. And what about people in prison? Did they also believe that you were a spy?

Many of my interlocutors in the Lefortovo detention centre did not believe it at all. Many of them sympathized with Ukraine, they understood everything. For example, one Russian guy from the town of Zelenogorsk had also a fabricated case, it was about drug trafficking. He was going to smuggle goods from India to Russia, and they put drugs in cargo, he faced years and years in prison.

This man had acquaintances who fought on the side of the separatists in Ukraine. And he said that he knew the situation in Ukraine, who is at war, how much money his comrades get. He said: I understand everything and feel sorry, but what kind of spy are you? How a spy can draw or sit still, read some books, and so on?

Prisoners in the colony also had doubts. For example, the connection was broken, I couldn’t call my wife. They were changing cables in the colony, and the administration kept telling me: oh, it will take a month or two. So the connection within Russia was possible but not abroad. And then one Chechen man told me: make a call in Russia and they will connect you through a conference call with a foreign country. And I managed to call my wife. Then the guy told everyone: look, if Roman was really aware of all these things, then he wouldn’t even have any questions, he would call. So what are you talking about?

Were people like you perceived better by prisoners than in general by Russian society?

In prison issues of nationality, politics and religion are a taboo. If a person is imprisoned in a colony for political activities, nobody asks any questions. No one has ever been provoked or bullied. I saw senators serving time there as well, they were treated like the rest. But it is a completely different matter for those who are in jail for various violent crimes, such as rape.

Besides all the horrors in this story, were there any positive moments? 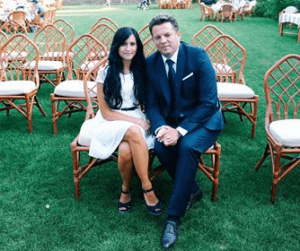 The experience there taught me to defend myself against possible threats, to think through every action, every word, but in addition, it gave me the opportunity to understand people. I communicated with several men in the detention center and in the colony, they turned out to be normal people, whether or not they were real criminals. These human relations were definitely positive for me. I have had many frank conversations with these people. The second thing is books. Working as a journalist, I could not afford to work with books, read a lot. I have read over 250 books being in prison. Some of them were handed to me in Lefortovo by activists, I also took books in a local fund. And in the colony, there was a library of the Soviet era: publications of 1956, 1974, etc. But I read some classics there, which I didn’t have enough time before. So no doubts that in this context it is a positive moment.

Do you have any idea how to release political prisoners more effectively?

There is a big and powerful mechanism created in Ukraine with the help of partners that works on the release of hostages, political prisoners, prisoners of war. A lot of people are involved there: representatives of special services, the executive power, the judiciary, i.e. the Ombudsman office. This mechanism works and should work. But despite this, decisions are made in one office. And this is the worst. They play a game with fate, life, health of people who are in a Russian jail. Therefore, there are no specific, creative ideas. And everyone understands this. Both in Europe and in Ukraine and overseas.

Everyone understands that there is a bargain, a kidnapping, it must be stopped, but it all depends on one person. And he plays and enjoys it. Thus it is very difficult to invent something new. It is only possible to keep pressing. Political will is also needed. It is not enough to have just our desire. Our colleagues and partners must also have the political will to bring the matter to a logical end.

And however difficult it may be, people work every day, and I hope that Valentyn Vygovsky, with whom I was in the same colony, will return home soon. I was released but he stayed. And many, many Crimean Tatars stayed. It is a case with Hizb ut-Tahrir, which we consider to be a political and religious organization, but Russia calls them terrorists. All these people who want to achieve something peacefully are all imprisoned.

Roman, you have not been to your home country for 3 years, you have returned to another Ukraine. How did you find this Ukraine?

I was very impressed with our youth. It is very active and positive. Despite the fact that the country is at war. Their sights, reflections, desires, ambitions are all very heartwarming. I did not see impositions that I observed in the aggressor country. Then the music. Radio stations impressed me a lot: new melodies, new rhythms, new content. Digitalization, services, online platform Home Doctor – Ukraine does not stay on the side of the road, it is moving forward. It’s worth mentioning architecture. There are so many new homes and new projects. However, there are also tensions, anxiety, and war. But I saw a lot of positive things, it seems to me that Ukraine has not lost these three years, there is some progress in the reforms, life has improved, at least in Kyiv. I went to my mother in Cherkasy, I also saw some positive changes there.

What about the mass media of Ukraine? Are there any changes?

There is a big problem. I mean a great split among journalists. I feel a certain dispute between professional associations. The leadership of the National Union of Journalists of Ukraine no longer works for the benefit of the journalistic community. Several scandals have erupted, some dirt is getting out, they are arguing with the authorities, then with some journalists, with some media. And there is empty-headed support of pro-Russian media. I mean there is no neutral view. I was invited to a parliamentary hearing on November 5 at the Verkhovna Rada of Ukraine, and after my speech, I listened to my colleagues. I heard some narratives there, which I observed two years ago in Lefortovo, where Skabeeva-2 performed (Olga Skabeeva is a Russian journalist-propagandist – PU). It amazed me the most. The same intonation, the same accents. I thought: maybe this person had a master class there? Yes, I understand that certain forces have returned to the Parliament, they are supported by certain channels, there are media assets, journalists work on these channels, and some journalists have a certain tendency to make this split. Information, fake news is an extremely big problem now. Besides the population is not so educated. There is a problem with educational work, how to read the news, how to distinguish fake news from the truth, and so on. But there are also journalists who made wonderful careers. Former colleagues with whom we ran together to events are now editors-in-chief, and they are not just managing processes, but writing in-depth analytical articles. In addition, the Ukrainian language has changed a lot. I am talking now about the Ukrainian language used in mass media. If earlier verbs, some other linguistic units were more or less steel, now they are refined, they catch my eye, attract more attention, and it is very cool that the language itself is developing, that it is alive. Four years ago, I remember that some articles in Ukraine were written with some mixture with Russian words. But now the language became more elegant, it pierces not only the brain but also the soul.

Roman, what do you want to do in the near future? Will you continue your work as a journalist, or maybe you become an artist or a human rights activist?

I am still a journalist. I didn’t think about any human rights activity. If there are any queries, I’m ready to share my experience, give some hints. You are always welcome. I also thought about being an artist or not. I would rather do it when I am retired.