The EU-Ukraine Association Agreement sets ambitious goals for Ukrainian farmers. The agreement stipulates the veterinary, sanitary and phyto-sanitary measures that must be taken in order to bring Ukrainian food products into the EU market. At the same time, it is still necessary to follow closely those changes introduced to other industries that are directly related to the agricultural sector.

Since the signature of the Association Agreement in 2014, EU legislation on food and food safety has undergone a number of amendments. The latest Action Plan for the Implementation of the EU-Ukraine Association Agreement, approved by the Cabinet of Ministers of Ukraine on 25 October 2017, takes into account these changes, citing new regulatory acts. However, at present, unfortunately, agricultural producers’ level of awareness of these legislative changes remains rather low. For example, food safety in Ukraine has deteriorated, especially in recent years. This situation caused by the de-monopolization of the food industry, the weakening of controls over the production and marketing of foodstuffs, and the reduction of inspection work by competent authorities since their reorganization.

The above gives cause for serious anxiety. According to expert evidence, quality control in the food industry indicates a high level of contamination of the products with toxic chemical compounds, biological agents, and microorganisms. More generally, in Ukraine, 12-15 percent of dairy products, fish and cooked fish products, and 7-12 percent of meat products do not meet bacteriological standards. Meanwhile, 1.5-10 percent of food samples contain heavy metals, including mercury, lead, cadmium, copper, zinc, of which 2.5-5 percent contain concentrations exceeding the maximum permissible.

The contamination of fruit and vegetable products by processing enterprises has also increased, due to the use of substandard raw materials. At the same time, the contamination of food with toxins possessing immunosuppressive action and the ability to cause malignancies has exacerbated.

At the same time, due to their use as a food supplement, and in veterinary practice, medical antibiotics are found in 15-26 percent  of livestock and poultry products.

Presently in Ukraine, the slaughter of large amounts of livestock is carried out in unsuitable places, in the absence of veterinary and sanitary experts. Meat produce from non-expert livestock slaughter may be sold on roadsides or in market squares through private shops, where the products generally accepted without branding and veterinary documents. This puts the population at constant risk of contracting infectious diseases.

Moreover, the irrational use of fertilizers in agriculture leads to excessive accumulation of nitrates and heavy metals in crop production. As a result of streamlining the use of plant protection chemicals, and reducing the chemical load in plant growing, there has been a dynamic of reducing pesticide residues in food. At the same time, the fact that several pesticides are detected simultaneously in certain types of food, including baby food, is alarming.

The situation in the consumer market indicates an increase in entities engaged in illegal business activities related to the illegal production and sale of counterfeit products.

The reasons for the entire above are:

In order to address these negative phenomena, Ukraine’s leadership must first amend the policy of the State Consumer Service, which by its inactivity or non-professional activity has contributed to such a situation, and must consistently fulfil the obligations undertaken with the signature of the EU-Ukraine Association Agreement.

Thus, according to “White Paper. On the policy of adaptation of national legislation in the field of norms and standards to European requirements”, in EU member states, food safety and consumer protection are governed by specific laws and regulations. The legislative framework of each member state includes and incorporates all European standards (currently about 18000), adopted by the European standardization organizations of CEN (the European Committee for Standardization) and CENELEC (the European Committee for Electrotechnical Standardization). In this way, each member state accepts them as national. Purely national standards represent a small proportion (2 to 15 percent of the total), reflecting the specifics of a particular country’s economy. The standards also include the demonstration of compliance with the requirements of European directives. These standards are developed by CEN and CENELEC under a special mandate from the European Commission.

Goods imported into the EU customs union must comply with EU health and phytosanitary requirements for human and animal health protection. These requirements are classified in the sectors of food and feed safety (Regulation (EC) No 852/2004 and 853/2004, Regulation (EC) No 178/2002), plant health, and public health (The Treaty on the Functioning of the European Union).

Council Directive 2000/29/EC defines the essential requirements applicable to plants and products of plant origin imported into the EU. In particular, when importing products of plant origin, a phytosanitary certificate issued by the appropriate authority of the exporting country must be presented, phytosanitary controls carried out at the point of entry into the EU customs territory. In addition, specific marketing conditions are imposed on seeds and planting material imported into the. These all is described at Ukraine’s Ministry of Foreign Affairs website in the section on EU export/import.

Ukraine’s government, together with interested non-governmental organizations, should make food safety a priority in health and agriculture, and create an effective system to guarantee adherence to quality and standards by producers, suppliers and control authorities. For Ukrainian farmers, taking advantage of the European integration process and incorporating EU standards into domestic legislation has several advantages, including a potential increase in exports and expansion of the range of production. In addition, Ukrainian consumers set to benefit from improved product quality, and improved information on the content, origin, and production of agricultural products.

Serhiy Nychyk, Professor Doctor of Veterinary Sciences, corresponding member of NAAS, Director of the Institute of Veterinary Medicine of the National Academy of Agrarian Sciences 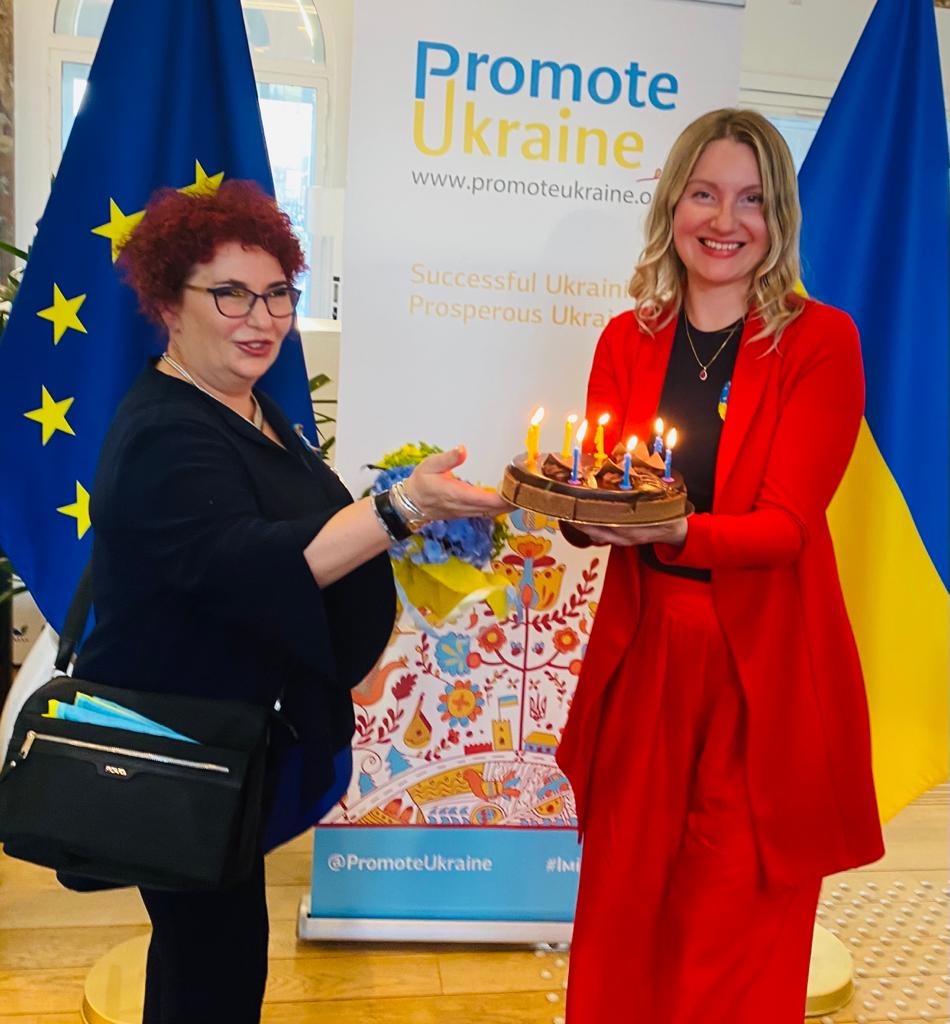 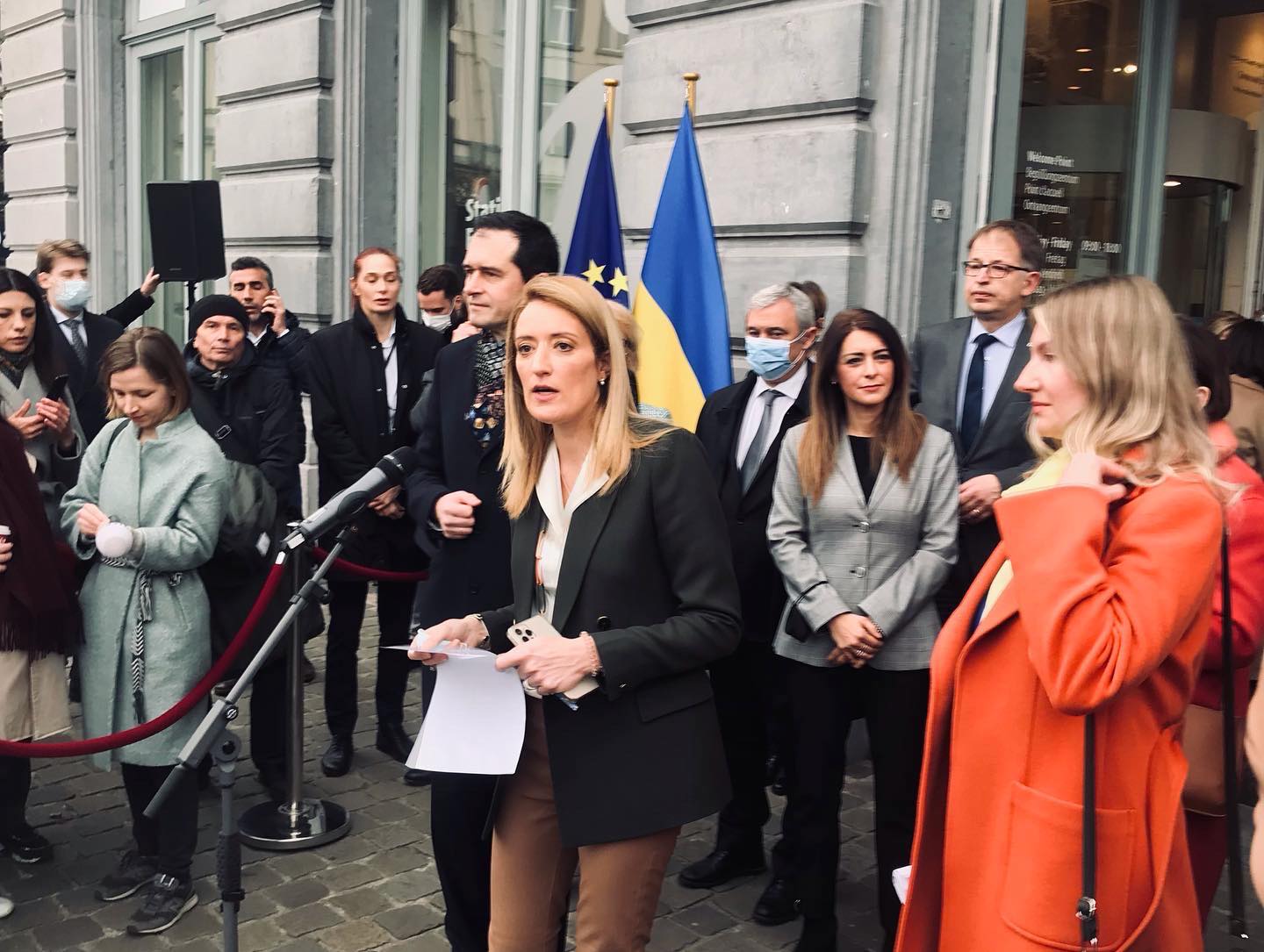