The Future of Spitzenkandidaten System

Appointment of the European Commission President – the end of the Spitzenkandidat process?

Ukraine’s aspirations to become a member of the EU raise Ukrainian citizens’ interest in studying and understanding the decision-making process in Brussels. The appointment of the European Commission (EC) President is one such process.

The most relevant debate over such appointment has been perhaps in relation to the “Spitzenkandidaten” (or “lead candidate”) process. This system goes back at least 20 years, but it came into application in the 2014 European Parliament (EP) elections, only to be ignored during the 2019 EP elections. The process entails that the various European political parties put forward lead candidates in advance of the EP elections, so that the EU citizens could take them into account when voting in the EP elections, and the lead candidate of the winning party would be proposed as EC President by the European Council. As put by Mr. Martin Schulz, former EP President in a 2014 speech, the EC President has to be a person that citizens of Europe already know. The aim of this “experiment”, as proposed by the EC, was to solve the issue of democratic deficit and enable the citizens to be – at least indirectly – more involved in the selection of the crucial post of President of the EC, the executive institution of the EU.

In 2012, the EP adopted a Resolution, followed by a Recommendation and a Communication of the EC in 2013, that “urge[d] the European political [groups]” to choose a candidate among them that would be suitable for the position of Commission President. For the elections in 2014, five political groups at the EU level nominated their “lead candidates”. A month before the elections, campaigns were launched by the nominees across the EU in order to inform the European citizens about who they were as well as their agenda and priorities. The European People´s Party  (EPP) emerged as the biggest group in the EP and its nominee, Jean-Claud Juncker, was then proposed by the European Council and successfully appointed as Commission President, a position he hold until 2019 elections which ultimately led to the appointment of with Ursula von der Leyen as the first woman to head the EC.

It is important to note that this process, which took place in 2014, does not entirely reflect the requirements enshrined in the Treaties governing the EU. According to Article 17(7) Treaty on European Union (TEU) the heads of states and governments of the Member States seating in the European Council have to decide (behind closed doors) acting by qualified majority on a candidate for president of the Commission. After this step, their proposal goes to the EP, where there is a vote and the appointee is either elected or rejected. Furthermore, according to the Declaration on Article 17(6) and 17(7) of the TEU, “the European Parliament and European Сouncil are jointly responsible” for choosing an appropriate person for the position, but they have to do so “taking account of the elections to the European Parliament”. However, that article did not specify the exact “method or procedure” through which the candidate should be selected; such a gap allowed the EU institutions to take a different route than the one set out in the Treaties – the Spitzenkandidat procedure described above.

The Spitzenkandidaten process has been rather controversial. It has both strong supporters and critics. The EP, in line with the EC under President Junker’s leadership, strongly promoted the Spitzenkandidaten procedure as the standard procedure to appoint the EC President after the ‘success’ of the 2014 EP election. In order to support the new system, the EP adopted a Decision by the overall majority, which warned that the EP would be prepared to reject any candidate for the role of EC President not selected as ‘Spitzenkandidat’ by political groups of the EP prior to the EP elections.

According to the EP, the Spitzenkandidaten system is a logical consequence of the Lisbon Treaty, which stipulates the European Council’s obligation, when appointing an EC President candidate, to take into consideration the results of the EP elections, thus including EU citizens’ choice of their preferred lead candidates put forward by each European political group. Justification for the procedure lies in the assumption that the Spitzenkandidaten system is based on the direct representation of citizens at the EP, as comparable to a ‘parliamentary’ system, rather than on their indirect representation at the European Council. This brings the Commission one step closer to the citizens and legitimises it.

The EP further emphasises that this process enhances political awareness among European citizens and deepens the democratic legitimacy of both the EP and the EC. As the EP claims, based on a 2014 survey, approximately 63 percent of EU citizens agreed that the direct reflection of the result of the EP elections on the appointment of the EC President represents a democratic progress within the EU. The system, if successfully implemented, could indeed turn political awareness from the national level to the European level, by making the link between national political parties, which tend to focus on national issues and still remain dominant at the EP elections, and European political groups more visible. As a consequence, citizens would be more informed of how their votes for national political parties at the domestic elections could influence the direction of the EU for the next term. This would energise citizens to participate in the election process. In fact, a positive correlation between the citizens who recognised the lead candidates and likelihood to vote and certain influence of the electoral campaigns based on the Spitzenkandidaten in the turn-out of such citizens were recognised at the 2014 European elections.

The official turnout of the 2019 EP elections according to EP official press release was 50.66 percent (up 8.06 percentage points when compared to 2014), the highest turnout since the 1994 EP elections, with a large increase among young people.

On the other hand, criticisms and concerns have been raised against the Spitzenkandidaten system since its introduction. First, the system is far from accepted by the European Council itself and national leaders. Clearly, the European Council as the appointer of the Commission President does not intend to easily concede to the EP interpretation of the Treaties, as such rights cannot be simply ‘grabbed’ beyond the original intention of the Treaties.

Second, critics say that the system did not really improve democratic legitimacy. Some researchers, based on their analysis of the 2014 EP elections, maintain that the Spitzenkandidaten neither improved the turnout of the European elections nor, in reality, fostered pan-European politics as a mainstream issue of the European elections among citizens by connecting national parties and European political groups further. For example, most of national parties, dominating the EP elections, featured their Spitzenkandidat in a very low-key manner during their election campaigns with few exceptions of national parties with which the lead candidates were closely affiliated. The link between national parties and European political groups was not effectively presented to the citizens. A negative ‘polarization’ effect was also pointed out. Whilst those who correctly identified the lead candidates see the introduction of Spitzenkandidaten as a progress of democracy at the European level, those who viewed European integration negatively regarded it even more negatively when they learnt that such a system had been introduced. Therefore, contrary to the intention of the EP, the development of Spitzenkandidaten did not – at least not yet – effectively contribute to mainstreaming European politics at the elections.

Third, the EC was created as a ‘guardian’ of the EU treaties, along with the Court of Justice, and was designed to be ‘completely independent’ to represent the general interest of the EU. The Commission’s independence is a part of its legitimacy, with the Commission standing apart from the Council and the EP. Appointing a head of the Commission based on electoral politics could politicise the role of the President (and the Commission as a whole) which could be more prone to be influenced by certain political groups. Alberto Alemanno, a prominent EU law scholar, described the first Spitzenkandidat Commission as “the most political” Commission. Through politicisation, the Spitzenkandidaten procedure could jeopardise the legitimacy of the Commission as a neutral guardian of the Treaties, rather than increase its legitimacy.

In conclusion, the Spitzenkandidaten system that was introduced in 2014 has a number of advantages and disadvantages. It is still too early to make a definitive judgment as to whether the system has succeeded and whether it will become an established procedure. The negotiations following the 2019 elections were a real challenge for the survival of the system, given the oppositions of national political leaders in the Council. While none of the lead candidates – Frans Timmermans, Margrethe Vestager and Manfred Weber – were able to win MPs’ support, the Council rejected candidates shortlisted by the Parliamentary groups. This, technically speaking, does not violate the TEU, but it breaks the lead candidate system achieved through years of discussion. For now, von der Leyen’s victory means the abandoning the Spitzenkandidat process.

By being neither a former head of state or government nor a representative of the party winning the most seats in Parliament, she gets a weak mandate which will make it difficult to run Commission for the five-year term.

The next EP election is scheduled in 2024. After the elections, one of the first tasks of the EP is to elect a new EC. This event will give a substantial answer on the future of the Spitzenkandidaten process in the labyrinth of European politics. Meanwhile, the debate will no doubt continue as to whether the system improves democratic legitimacy or politicises the Commission and upset the institutional balance with negative consequences. 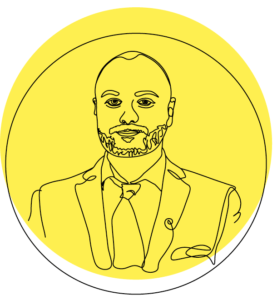