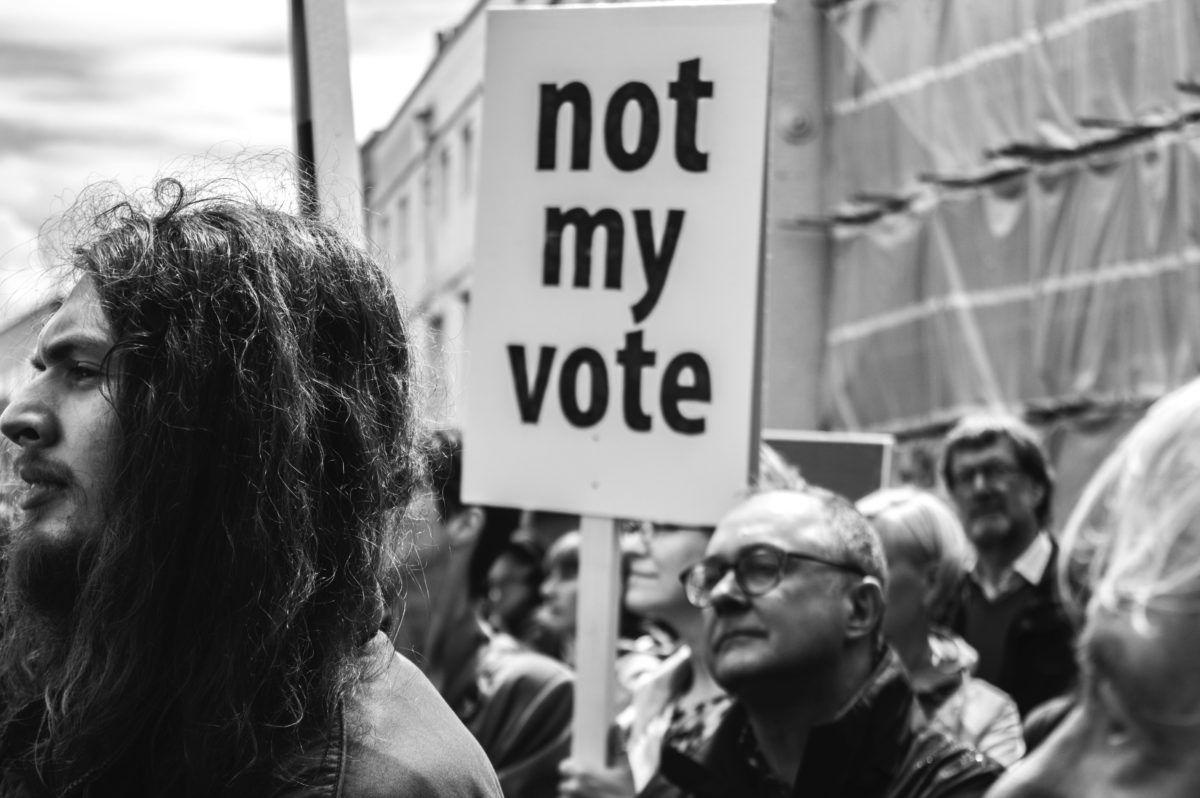 If the results of the first round of the presidential election in Ukraine surprised many outside the country, then the latest poll should be considered just staggering. Among those respondents who indicated their will to vote and made a decision, 72% are going to support a political novice and showman Volodymyr Zelensky. Incumbent Petro Poroshenko, according to the poll published on April 16, may reckon with only 25% of support in the runoff this Sunday.

This is only a survey and the outcomes of the vote may differ; however, Ukrainian pollsters predicted the results of the first round quite precisely. Therefore, if nothing dramatic happens, Zelensky is on the path to becoming the next president of the country. This indicates certain profound changes in Ukrainian society.

To forgive or not to forgive

In most Western democracies, politicians, once discredited, seldom return back to the highest political positions. In Ukraine, however, one may often hear a claim that people are quite inclined to forget the past, and with a proper campaign, almost any discredited politician could hope for a comeback. Indeed, in 2010 the Ukrainians elected Victor Yanukovych as a president, only 5 years after the first Maidan when they went to the streets to protest massive manipulations with the ballot in favor of Yanukovych. His presidency ended by a second Maidan-revolution.

Another example was Yulia Tymoshenko. After a dip in her support around 2014, she almost achieved her comeback. Last year she was leading in polls for the presidency. Nevertheless, as soon as there appeared a fresh alternative to the incumbent Poroshenko, she lost her pole position.

Numerous polls indicated that Poroshenko lost most of his support by mid-2016. He recovered a small portion of it only just before the election. After devastating 16% in the first round, the incumbent tried to change his rhetoric, claiming that he “has heard” the critique and will do the necessary amendments to his policies.

The latest poll numbers suggest the Ukrainians are not ready to forgive Poroshenko easily. He won’t be the first politician in today Ukraine to encounter a tough approach. Arseniy Yatseniuk sank to low single-digit ratings during his tenure as a Prime Minister in 2014-2016. While he hoped for a comeback, he has still not been able to recover.

While Poroshenko said that he learned the lesson people tried to teach him, he considers his main mistake a failure in “strategic communication” with the public. Thus, he promised both to start better explaining the reforms which are being conducted and to change a way to appoint officials. To prove his point, the President discharged several controversial officials. Still, this reshuffle didn’t reach the highest level, like Prosecutor General who is very unpopular among quite a lot of civil society activists.

Apart from that, Poroshenko didn’t do much to alleviate the main reasons for disappointment with his presidency. What are those? People do not see clear results in the fight against corruption or change in a way politics is done, the influence of oligarchs still plagues the political life in the country, and the judiciary still lacks the trust of the most in Ukraine.

At the same time, Poroshenko hasn’t changed his main campaign message, although it hadn’t worked. In early April his team even produced billboards depicting Poroshenko who faces President of Russia Vladimir Putin and containing a text “A decisive choice”. Poroshenko came under hefty critique for this ad. Nevertheless, he continued describing himself as the biggest fear for Putin and as the best bulwark against Russian aggression.

Since the first round, a public discussion has been dominated not by substantial issues. It all started with a video, in which Zelensky invited Poroshenko to conduct a debate on a central stadium in Kyiv. The political novice also reacted to allegations that he is a drug-addict by saying in a jibe to his opponent that both candidates should undergo medical tests to ascertain that there are “neither alcoholics nor drug-addicts” among them.

After Poroshenko agreed to meet at the stadium, the showman asked Tymoshenko, who finished third in the first round of the election, to moderate the debate. If Zelensky aimed in such a way at upending the conventional ways of doing politics in Ukraine, he succeeded. His move produced a chain of events many in Ukraine labeled “surreal”. The biggest topic in the country in early April was a discussion, where should the candidates undergo the tests. And the whole nation followed live as the candidates for the highest office let their blood taken for the examination.

The next big topic is the debate itself. Three days before Friday evening, the date envisaged by law for the official debate, no one in Ukraine knows, if, where, and when it would take place. Last Sunday Poroshenko even came to the central stadium in Kyiv to debate with Zelensky. In the end, the event turned into a press conference of the single candidate in a hall near the stadium.

While Poroshenko tries to communicate with the public as much as possible, Zelensky stays away from the talk shows or interviews. He conveys his messages mainly through videos, posted on social media, and through his team. Although it provided some insights into his policy plans, the civil society in Ukraine is not satisfied with it. There are a lot of demands and calls for Zelensky to provide answers to numerous key questions.

Consequences for the candidates

To conclude, one may say that the campaign didn’t have much impact. Especially ineffective were dirty tricks and fakes, like a forged video where Zelensky is being hit by a truck. Those were quickly uncovered and disproved. Dismantled cases were widely reported by Ukrainian media.

All this shows that Ukrainian society is becoming less and less inclined either to forgive mistakes easily, or to be tricked by fakes and dirty tricks, or to be satisfied with cool shows and nice rhetoric. The public wants substance.

If Poroshenko wins and makes a breakthrough in the fight against corruption, in building an effective justice system, in being transparent, and limiting the influence of oligarchs, he may restore trust among the Ukrainians. If he loses, he may still continue to be a politician, but his political future will definitely be thorny.

If Zelensky wins, he would be advised to remember Poroshenko’s and Yatseniuk’s examples – people won’t give him a second chance, if he would act in an old way, like his predecessors. However, if he loses now, he will still have a good chance during the parliamentary election this fall.