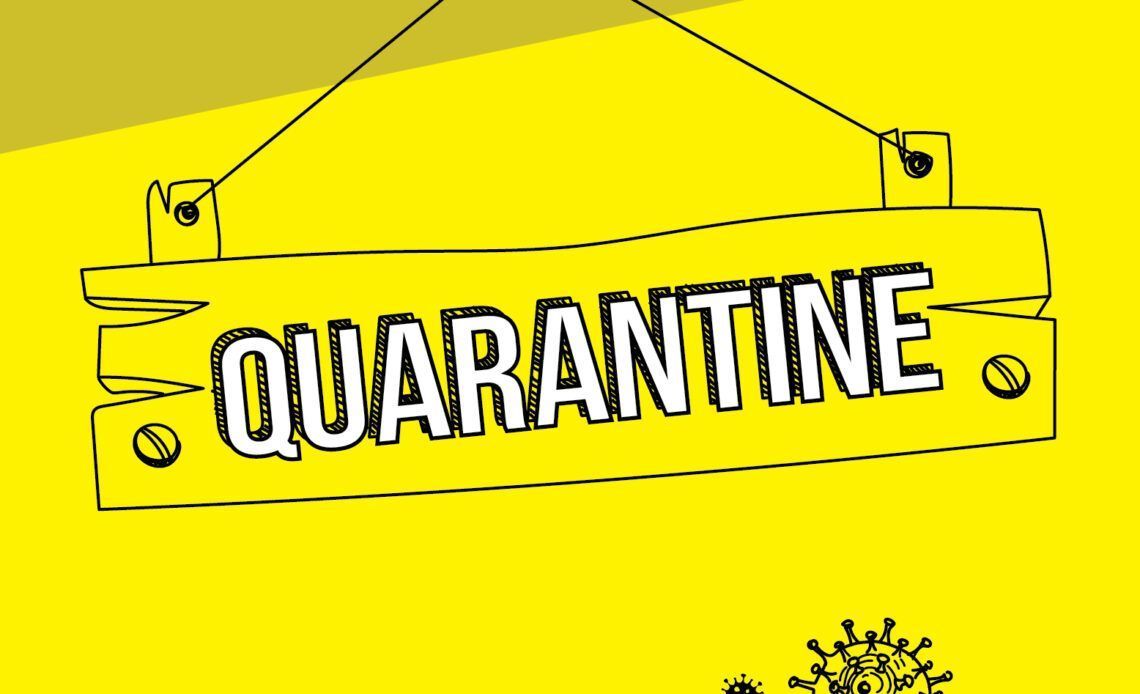 The result of the public health measures imposed to prevent the spread of the coronavirus (COVID-19) pandemic imposed in Ukraine on 12 March 2020, which was gradually strengthened and weakened, was that Ukraine had not yet passed the first wave of the coronavirus disease. And this is against the background of the second wave of the pandemic spreading throughout the world, which is already formally registered in most countries.

The latest coronavirus pandemic, as well as all other pandemics starting with the influenza pandemic of 1918, occur in several waves. The first wave, second wave, and recurrence peaks during the pandemic period are different, but the problem remains: the disease returns, sometimes even more severe. The question of “how to prevent further waves of coronavirus spread” is answered through epidemiological modeling, which considers social behaviour, health policy, the emergence of group immunity, and so on. But let’s leave it to health professionals to assess the medical consequences of the measures, and talk about its economic implications for the national business environment.

In relative terms, the impact of the coronavirus pandemic on Ukraine’s economy does not look very serious. We ended the second quarter of 2020 with a collapse of only 11% of GDP, according to the inflation report of the National Bank of Ukraine (NBU). At the same time, according to most economic experts, Ukraine’s GDP will decrease by 6-7% in 2020 due to the pandemic. This is an optimistic scenario (pessimists predict GDP will fall by 11% in the same period), to which the economy is moving due to the timely removal of public health restrictions.

For comparison, Germany’s strong economic economy “fell” almost the same way; the United States economy “fell” by 32%; Spain’s GDP, by 18.5% ; and France, by 15%. Of course, the NBU’s projected GDP fall of 6-7% differs slightly from the 8.2% fall in the International Monetary Fund (IMF) forecasts for Ukraine.

Traditionally, both in pre-crisis times and now, the engine of the national economy is mostly exports and external infusions, rather than domestic consumption. The Ukrainian economy has very underdeveloped industries focused on the production of consumer goods for the domestic market. It should be noted that the largest losses were suffered by the services sector (hotel and restaurant business, fitness centres, etc.), the transport sector, including air transport, construction, retail trade, and industry; the smallest losses were the agricultural sector and metallurgy. Ironically, our commodity-oriented economy has once again saved us from a deeper crisis. External factors again contributed to the economy. The fall in commodity prices on world markets has been significant, but the difference in prices for the metal and grain we export and for the gas and petroleum products we import has worked in our favour. Indirectly, the closedness of the Ukrainian economy also helped us not to fall deeper: our industry did not suffer so much from the destruction of global logistics chains (as an example, the shortage of supplies of components from China to European enterprises).

A small, but still optimistic, trade balance (balance of imports and exports) is added: in the second quarter of 2020 we have a big surplus (of almost $5 billion USD). Fortunately, record gains, not record losses, were set by grain and sunflower oil exports. Imports of vehicles, large household appliances, industrial equipment, equipment for “green” energy, and some industrial goods all fell. The reason for this decline is the collapse of demand from both businesses and consumers. According to experts, the Ukrainian crisis model is very similar to the model of the Great Depression in the United States in the 1930s: deflation (falling prices), lower wages, non-adequate indexation of pensions, and declining savings, all at the same time.

Oleksiy Kushch, an economist and expert at the Growford Institute, estimates that “one month of strict quarantine cost the country 2% of GDP, or up to UAH 100 billion in monetary terms of GDP. The easing of quarantine did not contribute to the full recovery of GDP, because there was a ‘siltation’ of the economy – a stumbling on the ground. In other words, due to the mass bankruptcy of entrepreneurs, falling prices in commodity markets, etc., our economy does not have the back-up mechanisms to move itself.”

The number of open vacancies, according to the Work.ua website, in the peak of April-May public health measures decreased to 31,000 and 26,000 from 65,000 and 61,000 in April and May 2019, respectively. That’s more than double. In addition to affecting the legal labour market, the pandemic has also hit shadow employment. Many were forced to stay at home at their own expense, and some lost their jobs altogether. The unemployment rate according to NBU forecasts will increase from 8%t to 10% this year (real indicators, including hidden unemployment, suggest a fall to 15-17% of the working population at the peak, compared to 8.2% in the same period in 2019). Falling prices, a lack of cheap financing, and fuzzy forecasting horizons in a crisis demotivate businesses to increase production, open new platforms, and create new jobs. Service workers have suffered the most from the COVID-19 epidemic in Ukraine. Uncertainty about future employment prospects limited workers’ activity in finding a new job.

In addition to macroeconomic assessments of the labour market, it is interesting to assess the impact of the coronavirus on such elements of business as current business culture and the business environment. Thus, according to Serhiy Marchenko, a leading labour market expert and founder of the recruitment agency “Borsch – Recruiting the Future”:

“If we reject the economic indicators, about which much has already been written, the pandemic has had the greatest impact on business culture. Some 10 years ago, it was difficult to imagine even a small business without a suit, tie, leather briefcase. In recent years, we have become accustomed to CEOs of the country’s largest companies giving interviews in T-shirts and jeans. The pandemic and mass remote work have led to the fact that now these CEOs are not just negotiating in T-shirts, but are negotiating in T-shirts from their kitchens, sofas, balconies. And, if before the wrong colour of the tie was considered a disaster and a violation of etiquette, now no one cares about cats, children, or relatives in the frame. It turned out that the business leaders were not some aliens there, but ordinary people. It also turned out that it is possible to combine the seriousness of the businessman’s intentions and what he is wearing and where he has an office. Business has become less pathetic and more real. All extra status attributes are depreciated. Instead, it matters who you are and what you produce.”

“The main blow fell on the services sector, a critical sector of the economy in Ukraine, which accounts for 60%t of GDP,” said Oleksiy Kushch, an economist and expert at the Growford Institute. “The least affected in Ukraine are the flagship export-oriented industries – agriculture (except for small farmers, who suffered from the narrowing of the market for their products) and ferrous metallurgy, where metal prices remain relatively high. In Ukraine, there is a constant of export revenues, which does not depend on quarantine restrictions, and is almost the only resource that pulls the national economy and maintains macroeconomic stability. A negative consequence can be called the specific state of affairs with the shadow economy, which according to various estimates is from 40% to 60%. If in previous crises, thanks to the shadow money buffer, it was easy to overcome the consequences of the crisis, then in this crisis, government decisions began to directly affect the shadow sector, trying to control it. The impact of the quarantine on the shadow economy this time was many times stronger than the impact on the official economy.”

According to Kushch, “The best version of the government’s crisis policy could be, but has not become, counter-cyclical economic policy and counter-cyclical employment policy: business cuts investment and jobs and the state creates them. But saving the economy was limited by investment in ‘large road construction’. And although this is an important element, it is by no means key at this stage of overcoming the crisis in the global context.” The aid package allocated to Ukraine was not sufficient to tackle the consequences of pandemics in such a large country as Ukraine. At the same time, from UAH 66 billion of anti-coronavirus fund, UAH 35 billion was spent on “roads.” Another UAH 2.5 billion was given to the police. Only UAH 7 billion was left to fight unemployment. UAH 16 billion was spent on medicine, so for its intended purpose (1/4 part). Therefore, very little money went to revive the economy, in particular, to compensate for the deficits of the population and business. At present in Ukraine we have one of the strictest quarantine models, and one of the weakest compensatory models for business loss recovery.

Real economic growth in many countries is projected for 2021, but it is likely to be only a restoration of the lost potential that states had before the pandemic. Restrained forecasts lead us to prepare for a protracted crisis and not to cherish vain hopes for a speedy recovery. Ukraine’s GDP is unlikely to grow faster than the world economy, especially given our dependence on foreign markets so far.

Our core industries (metallurgy, agriculture, energy, construction), although in the negative in the first quarter of 2020 (compared to the first quarter of 2019), are likely to have a positive effect on economic dynamics, as they will mitigate the fall in GDP. In other sectors, including the light and chemical industry, transport, etc., a much deeper decline is expected.

Many countries are already preparing their own incentive and depreciation packages in the amount of 20-25% of GDP (10-15% in second-tier countries). Ukraine has formed a reserve fund of UAH 60 billion – about 1.5% of GDP – and that’s not enough. The same fund was used to neutralise the consequences of the flood in Prykarpattya in summer this year. Economic experts should remind the government and the NBU more often about the development of new synergetic models of action in a crisis.