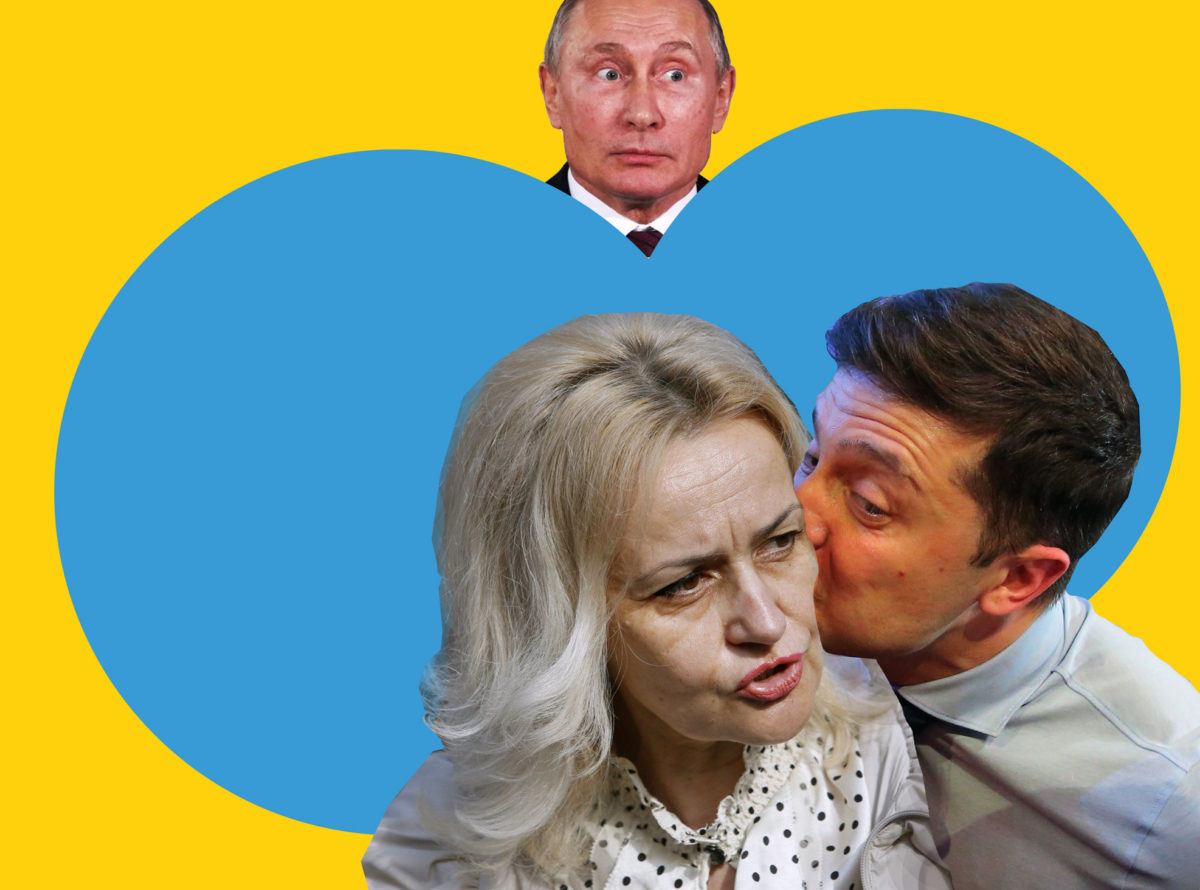 Thirteen minutes to twelve on the 31st of December 2019 Volodymyr Zelenskyy pronounced a speech. It was not an ordinary speech. It was a speech that tried to give birth to the “national idea of Ukraine”.

Let’s analyse the New Year’s speech of the President Zelenskyy to Ukrainians to see whether he succeeded to give birth to the “national idea of Ukraine” or dismissed it instead (see the text of the full speech here ): Volodymyr Zelenskyy says: “Who am I? The one who mastered Ukrainian? Because it’s normal to know the state language. The one who doesn’t want to learn it?

The President identifies a Ukrainian to be the one that has full right not to obey the law and not to learn the Ukrainian language. He says that it is absolutely OK not to be willing to speak the state language. Ukrainians should accept it. There is no call to action and no solution to the antagonism regarding this issue in the society.

But our passports don’t say whether we’re the right kind of Ukrainians or a wrong one. There’s no entry there, saying “patriot” or not. It says: “Citizen of Ukraine”, who has rights and obligations”.

It needs to be reminded that just two days before this Speech the President dismissed the rule of law for the sake of the “unequal exchange”, and the “Citizen of Ukraine” had only “LIFE”.

“We are equally proud of the great Ukrainians. Would we no longer respect them if we knew whom they voted for in the elections? If they had different views on NATO? Would it be important to us, which they would go to or what’s their attitude toward the “Normandy format”? We value them for something else, because we all really value something else. We were equally happy when our football team made it to Euro. We laugh the same way when we drive on a neatly-paved road. We rejoice equally when our first child is born. We are happy when we are in love”.

Of course, we do respect them. But the fame puts responsibility on those who is famous as these people have followers. They are role models for them. The Kremlin uses the fame of the actors and singers to propagate its state policy. It is dangerous to ignore the power of the fame.

“And crosses on the graves of our soldiers, be it in the West or the East, don’t compete in patriotism”.

Indeed, the “crosses on the graves of soldiers do not compete in patriotism,” but for the sake of the patriotism they fell under those crosses. They were driven by the patriotism and they gave their life for it.

The value of respect is noble. But it is per se outside the context of a “national idea”.

“After all, we see it the same way – a successful and prosperous country where there is no war”.

“Where the name of the street doesn’t matter because it is lit and paved. Where it makes no difference, at which monument you’re waiting for the girl you love.

In other words, the self-identification of Ukrainians does not matter for the President.

If we see our future in the same way, it should unite us.

The President failed to envision this future.

To sum up, the Speech of the President is not about the national idea, it is about being human and meeting the needs of a human (if you read the text of the full speech you will see that the aspects that Volodymyr Zelenskyy mentions fit into the lower levels of the Maslow pyramid). How can Ukrainians be driven to meet the needs? And why should they do it in Ukraine and not in another country? With what they should identify themselves? With respect? Or unity?

Therefore, the concepts of “national idea” and “human values/needs” cannot be replaced; they must be complementary. A national idea as a spirit of the people should be a motivator for meeting the needs within their own country.