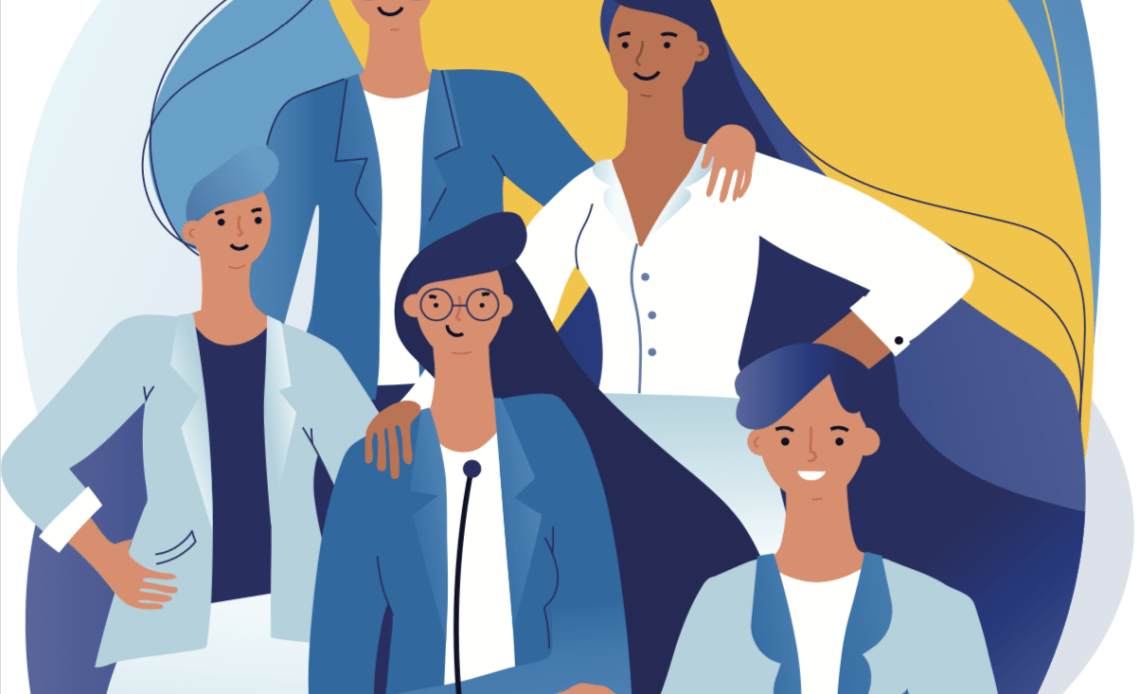 Ukrainian women are still often deprived of possibility to find their dream job.Therefore, the struggle for political participation of women goes on!

Being born and raised in Ukraine, I moved abroad seven years ago and lived in Poland, Germany, Belgium, and the United Kingdom. I enjoy looking at specificities of different countries and taking the best of what each culture offers. Nevertheless, I am convinced that universal human rights are a basic entitlement of all people. I do not think that oppression of some social groups is inherent for any culture. I think that by learning and developing every society is able to become democratic and inclusive. Living in countries which are members of European Union, I came to realise the kinds of oppression women face in Ukrainian society. From my childhood, I was frequently told that the main goal in life for every woman was to find a husband. I had different plans for my life and could not accept this idea. However, growing up in a culture where such ideas are commonplace prepares you to challenge this pressure on a daily basis. In the European Union, I have noticed that women are free to follow any path in life: whether to pursue the career they want, to start a family and have children (whenever they themselves decide to do so), or both. Society is not as restrictive to women as it is in Ukraine, and girls know from a young age that they are allowed to follow their dreams. I was impressed and thought that it is important to tell women in Ukraine that they can also be free.

More than a year ago, I took over leadership of the project EU – Ukraine Women in Politics. When we started, only 12.5 percent of deputies in the Ukrainian parliament (the Verkhovna Rada) were women, placing Ukraine at 145thposition globally for female participation in politics. After the latest elections this summer, the situation has improved: now women comprise 20.5 percent of the Verkhovna Rada. However, this number is still small, especially considering 51 percent of the Ukrainian population is female. Moreover, stereotypes about powerful women are still widespread, with the Ukrainian media often portraying female politicians in a sexist way, and society pressuring women to choose a “traditional” way of life – i.e., to find a husband and have children as the top priority. There is still much work to be done to empower Ukrainian women, such as improving legislation and changing social attitudes. As a strong advocate for Ukraine’s EU integration, I thought that there are so many women in Ukraine whose dreams of becoming influential opinion leaders in EU – Ukraine relations – politicians, diplomats, journalists, businesswomen or scientists – were not realised because there were pushed into another role they did not want. Giving every woman the chance to choose her own path and discover her true potential will reveal a great source of untapped potential for Ukraine. Happy and self-realised people create sustainable societies and benefit the whole country.

Therefore, the project EU – Ukraine Women in Politics aims to bring more women into Ukrainian politics and to accelerate EU-Ukraine integration with the help of the women’s movement. Moreover, we work towards empowering Ukrainian women to realise their potential and overcome gender discrimination in various parts of life. The project conversely offers women from EU member states to learn from Ukrainian women’s experience fighting for their rights. The project’s network comprises female opinion leaders from both Ukraine and the EU. The project’s supportive network consists of men who agree with our goals. Being a project of Promote Ukraine, we have various partners, such as the EU Delegation to Ukraine, the Bohdan Hawrylyshyn Foundation, the Professional Government of Ukraine, Harmony of Equals, Business Woman Magazine, Journalist, We Are and others.

EU-Ukraine Women in Politics has several initiatives to help achieve our aims. First, we organize networking events to foster cooperation between our members and the public. In this way, EU-Ukraine Women in Politics was presented at the Business Woman Forum 2019. Secondly, the project initiated Gender Talks, which are public events – featuring special guests – exploring different gender-related topics, with the goal of raising awareness in Ukraine about gender issues. We have so far have hosted discussions about topics ranging from the EU’s support for female political participation in Ukraine and gender engineering, gender quota legislation, to Polish experiences of fighting for women’s rights, and more. Thirdly, the Project organizes school visits called Inspire to Lead, during which our EU and Ukrainian members visit Ukrainian schools with the aim of inspiring young people to follow their dreams in spite of gender stereotypes. We also plan to start an Academy for Girls and a Mentorship Program.

Ukrainian women are still often deprived of possibility to find their dream job, follow their passions, and influence politics in their country. With more organizations and initiatives emerging to support Ukrainian women, the project EU-Ukraine Women in Politics contributes to developing a democratic, wholly inclusive, and prosperous society in Ukraine. The project’s uniqueness is in its exchange of EU and Ukrainian experiences of fighting for female political participation, the fruitful cooperation of EU and Ukrainian opinion leaders, openness to the public, and close work with the young generation of Ukrainian female leaders. We believe that by learning from more developed democracies and collaboration, we can faster reach gender equality and EU-Ukraine integration.