In general, the global narratives of the pro-Kremlin media, aimed at the Belarusian audience, can be described as follows: The West in all its manifestations is bad and aggressive towards Belarus, Russia, and other countries beyond its control. Belarus belongs to the Russian civilisation, and its future is viable only in an alliance with a good Russia or even in its jurisdiction.

However, the other half is related to the interpretation of the historical events of the Second World War and the relations of the Polish People’s Republic with the USSR. At the same time, there are plenty of topics concerning Ukraine, the Baltic States, and the collective West among the main propaganda stories by Sputnik Belarus.

Just as importantly, the set of propaganda narratives also differs slightly from one multimedia publication to another. Editorial policy differs for several reasons. For example, some online resources, have certain specifics (e.g. Ukraina.ru focuses on Ukrainian events, and Rubaltic.ru on the Baltic countries) although they publish regular materials about Belarus.

Sputnik Belarus regularly promotes various anti-Ukrainian and anti-Western stories, but compared to some other pro-Kremlin media, it is more cautious about the publishing of openly anti-Belarusian messages and rhetoric, as it is an accredited media in Belarus.

Finally, amidst the Belarusian political crisis are propaganda narratives about the inability of Belarusian statehood to function without Russia and the country’s membership in the Russian world, about the so-called violent Belarusianisation, the fascist nature of Belarusian historical symbols, about the opposition leader Svetlana Tikhanovskaya and the whole Belorussian opposition as the West’s stooges.

Besides, the classic propaganda narratives about Western countries and Ukraine’s aggressive actions against Belarus and the conspiracy about the Belarusian protests as planned, and artificially created anti-Russian provocations gained a second wind.

Over time, different significant socio-political processes, local and global historical events are used in the framework of the main propaganda stories. For example, during the active stage of the war in Syria and large migratory flows to EU countries, the messages about the aggressive West and the inevitable EU decline due to the migration crisis were promoted to the Belarusian audience through Sputnik Belarus content and other pro-Kremlin media.

Amidst a coronavirus pandemic, pro-Kremlin sources spread propaganda about the imminent decline of Ukraine and Western countries due to their inability to cope with the pandemic, the rise of fascist tendencies in the Baltic countries, and the catastrophic solidarity shortage among Western countries.

Most propaganda publications in the pro-Kremlin media about Belarus, or aimed directly at the Belarusian audience, can be divided into four groups, according to the country or countries that became the propaganda object. Namely, these include narratives about Belarus, Ukraine, Poland, and the Baltic countries, as well as other Western countries. The increased attention of the pro-Kremlin media in Belarus to Ukraine, Poland, and the Baltic states is linked to plans to discredit all Belarus’s neighbours consistently except Russia.

Categorization of narratives based on the country or countries that are the object of propaganda has certain shortcomings. In particular, there is a repetition of storylines about aggressive actions, vassal/puppet status, fascist tendencies. On the other hand, it emphasises the basic techniques and main storylines of pro-Kremlin propaganda.

In pro-Kremlin publications aimed at the Belarusian audience, there are other rather rare plot lines and conspiracies in the media, which either do not correspond to any of the narratives at all or fit one of them very conditionally.

The proposed option of narratives categorisation is only one of the possibilities. Notably, each of these narratives can be divided into many different modifications and thus form a whole tree of (sub-) narratives.

Poland and the Baltic States: 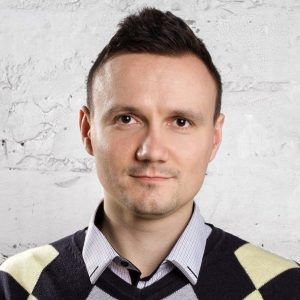 The iSANS research is an international initiative of experts from different countries aimed at identifying, analysing, and counteracting hybrid threats to democracy, the rule of law, and the sovereignty of Western, Central, and Eastern Europe and Eurasia.

It offers a systematisation of the pro-Kremlin propaganda complex in Belarus or aimed at the Belarusian audience, based on the systematic study of several thousand materials of more than 50 relevant Internet sites and multimedia publications.